“The Kill Team” offers atrocities, but little insight into wartime murders of civilians 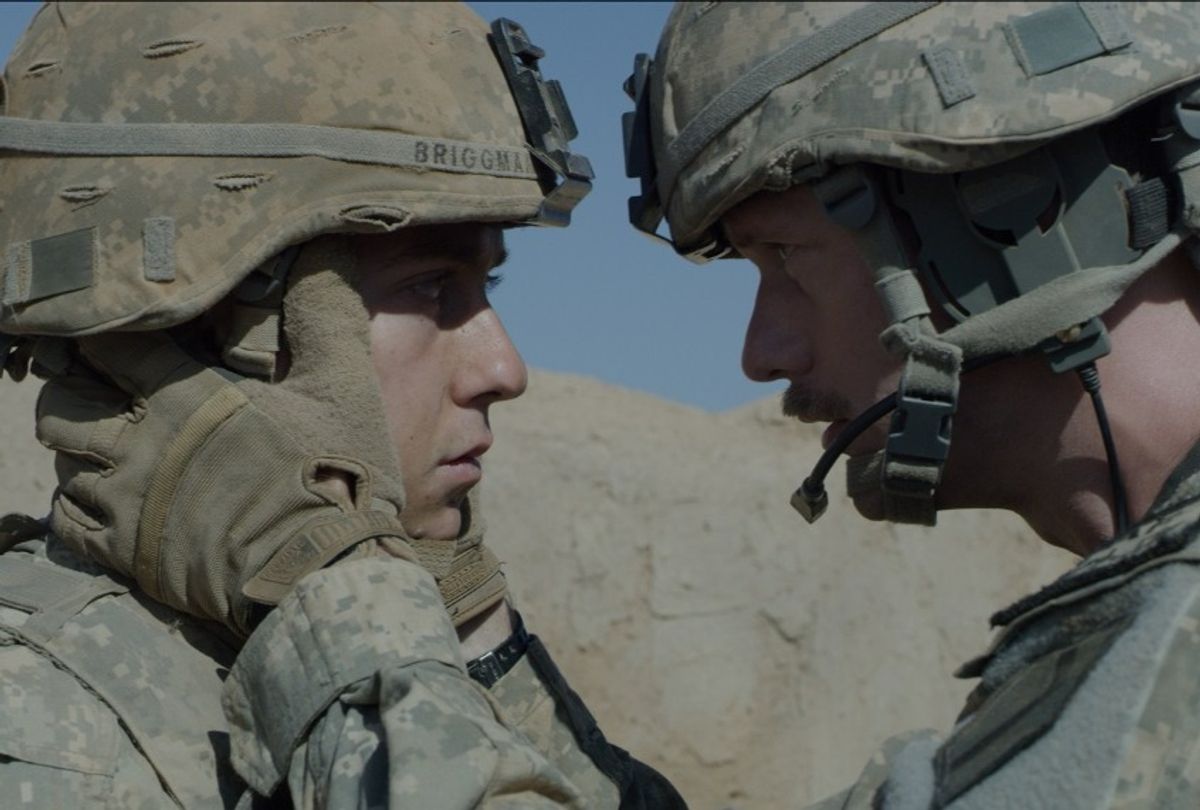 Writer/director Dan Krauss’ “The Kill Team” is a retelling — not a remake — of his similarly titled 2013 documentary about the Maywand District Murders.

In Krauss’ excellent documentary, he recounts the story of Adam Winfield, an army specialist who was charged with premeditated murder for his participation in the killing of an unarmed Afghan civilian. Winfield was ironically accused of the very crime he had reported; he asked his father months before his arrest to alert the Criminal Investigation Division about his claims that members of his platoon were committing murder. As for the killing Winfield participated in, it is believed that he was operating under the orders of Staff Sergeant Calvin Gibbs, who murdered Afghans for sport.

The compassionate documentary chronicles the background of the situation, Winfield’s experiences as a whistleblower, and the stress he and his family absorbed as the case went to trial. Krauss suggests Winfield was a pawn in the big picture and sacrificed himself so that greater justice could be done.

In contrast, the narrative version of “The Kill Team” takes a slightly different, but not always better approach to the same story. A title card reads, “based on true events,” indicating that the facts are dramatized here. Even the names are changed to protect the guilty. Adam Winfield becomes Andrew Briggman (Nat Wolff) and Sergeant Gibbs becomes Sergeant Deeks (Alexander Skarsgård). Thankfully, Krauss does not frame the film around the trial, letting the story play out in chronological order.

“The Kill Team” opens in 2009 with Andrew about to be deployed. His father (Rob Morrow) indicates how proud he is of his son, who enlisted to make a difference. Once in the Kandahar valley, Andrew is told by his Staff Sergeant Miles Wallace (Tunji Kasim) to “build relations” with the Afghan citizens and win their hearts and minds. But Sergeant Wallace is quickly replaced with Sergeant Deeks, who is far more interested in loyalty and being a warrior. He asks his men to “be a part of history” and “actually do something out here.” Unfortunately, Krauss includes a close up of a scorpion to symbolize that someone is going to get badly stung.

Skarsgård plays Deeks low and controlled. He is more sinister practically whispering his lines than being a central casting military type who shouts everything and strikes fear in everyone. When Skarsård quietly asks, “Who’s ready to have some fun?” (and kill unarmed Afghan civilians) it is rather chilling.

But Krauss is rarely subtle. He shows how Andrew is laughed at by his fellow soldiers but gains some respect after beating Marquez (Brian Marc) in an altercation to get a promotion. He creates some didactic moments, as when the dozen skull tattoos lining Deeks’s legs are explained as one for each “kill.” And he uses music to telegraph emotions during some of the film’s more dramatic moments. Even Andrew’s efforts to contact his father about what he knows is manipulative with miscommunications used to generate suspense. But these shorthand narrative devices can be forgiven since Krauss trying to bring this important story to a wider audience.

The problem with the fiction version, however, is that Kraus often puts the emphasis on the wrong syllable. Deeks is certainly seen as a “heroic” badass to Rayburn (Adam Long) and Coombs (Jonathan Whitesell), who loyally follow his lead. (They represent Specialist Jeremy Morlock and Private First Class Andrew Holmes, respectively, who were also charged with murder). But Deeks seems to win them over with steaks and porno magazines or his questioning why the guys are not smoking primo weed. The “combat” scenes that depict the amoral killing for sport never quite reach a truly uncomfortable level. Nor does a critical scene where Deeks shows off the fingers he collects from his kills. (The real Sergeant Gibbs planned to make a necklace out of the fingers he kept.) It is far more unsettling when Deeks justifies his behavior to Andrew and calls him a “good kid” for not hurting an Afghan prisoner.

Oddly, the film’s tensest moment has the very paranoid Andrew collecting the targets from his buddies’ shooting practice. He is terrified one of his platoon-mates is going to kill him for being a whistleblower. This episode unfolds without music and Krauss conveys the very real fear Andrew/(Adam) felt once he set the wheels of justice in motion. One wishes “The Kill Team” was always this strong.

In contrast, a scene where Andrew asks Rayburn questions about his kill, detecting contradictions in his story, goes nowhere. It raises suspicions, but it is pretty clear that Rayburn has compromised ethics from the start. Andrew is played as being very noble and goody-goody throughout. The drama might have been enhanced if he had a bit more moral ambiguity. Had Andrew been portrayed as a go-along-to-get-along type, before he realized that things were hinky in his unit, the film would allow audiences to consider his weighty conundrum — “Should I do the right thing and put myself in danger for it, or do I just shut up and deal with it?” As it is presented, however, that sentiment lacks impact. Likewise, when Deeks tells Andrew he has to threaten him, the moment feels empty.

“The Kill Team” has such empathy for Andrew that it even skimps on how it presents the murder his character commits. This may be Krauss’ agenda, but it feels calculated. Moreover, Nat Wolff’s performance is unconvincing. He seems to rely on having Andrew looking queasy throughout most of the film to convey his character’s discomfort. Yes, Andrew is sickened by what he sees and knows, and he lives in fear, but only rarely does Wolff’s performance ever makes the audience feel what Andrew does.

Perhaps Krauss is trying to cram too much information about this tragic story in under 90 minutes. Although he focuses on what happened in Kandahar, Krauss recounts the outcomes of several of the trials at the end of film. If nothing else, hopefully this stillborn narrative version of the story will prompt viewers to seek out Krauss’ far superior documentary.

"The Kill Team" will be available in select cities and to stream beginning Friday, Oct. 25.