“They’re not calling me, you know,” Mcain says on "The View." “They’re trying to find people to manipulate" 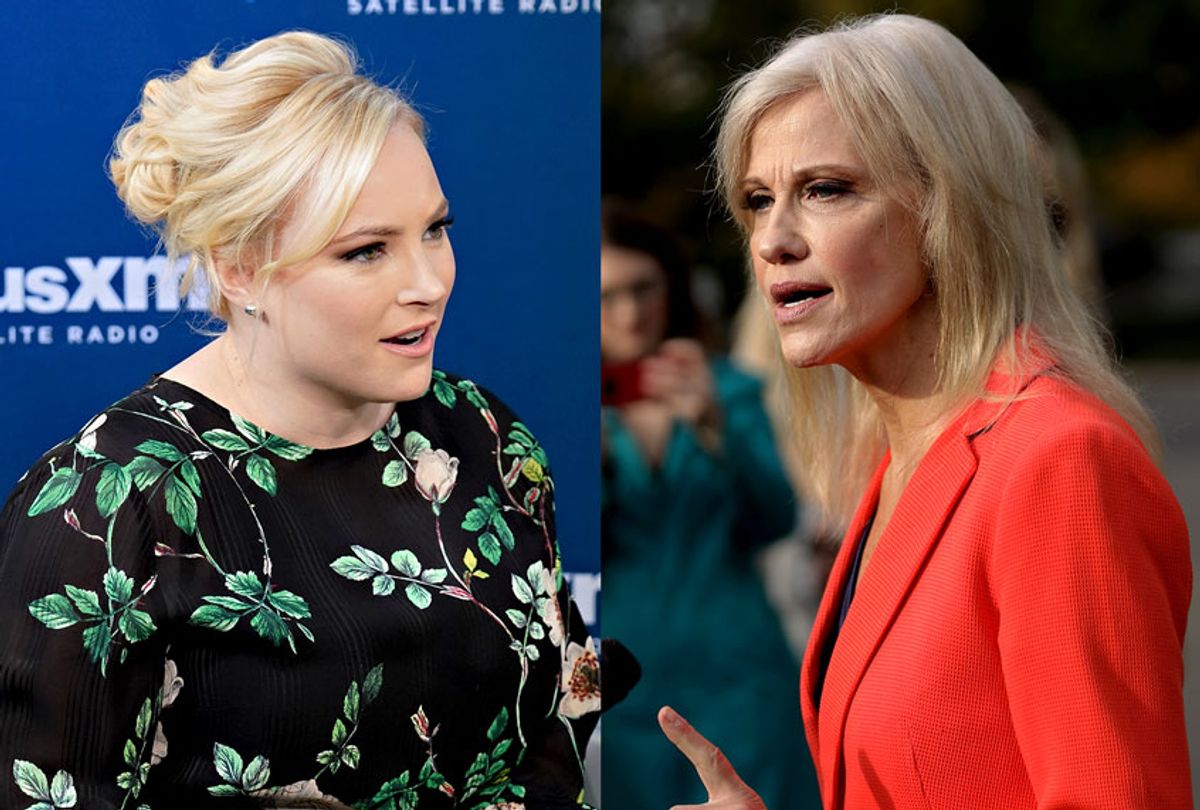 The hosts of “The View” on Friday were decidedly unimpressed by White House counselor Kellyanne Conway after she made a series of unhinged threats against a Washington Examiner reporter earlier this week.

While co-host Abby Huntsman said that she understood criticisms of Examiner reporter Caitlin Yilek for publishing what Conway had believed was an off-the-record interview, she said that Conway’s behavior still needed to be called out.

“When you are calling people and you are bullying people, that I will not stand for,” she said. “I have been on the other end of those calls before too, and if you think I’m going to roll over, and you calling me is going to change my opinion, change the way I talk about things at this table, think again.”

Co-host Meghan McCain said it was interesting that Conway tried to call the Examiner, which is a conservative publication, on the assumption that she could steamroll the reporter into changing her coverage.

“They’re not calling me, you know,” she said. “They’re trying to find people to manipulate or bully.”

McCain then went on to say that these types of abusive calls are a phenomenon she’s only seen with the Trump White House.

“These phone calls are highly unusual,” she said. “It’s unique to his henchpeople.”