This powerful group groomed Mike Pence for the White House. Impeachment could complicate their plans 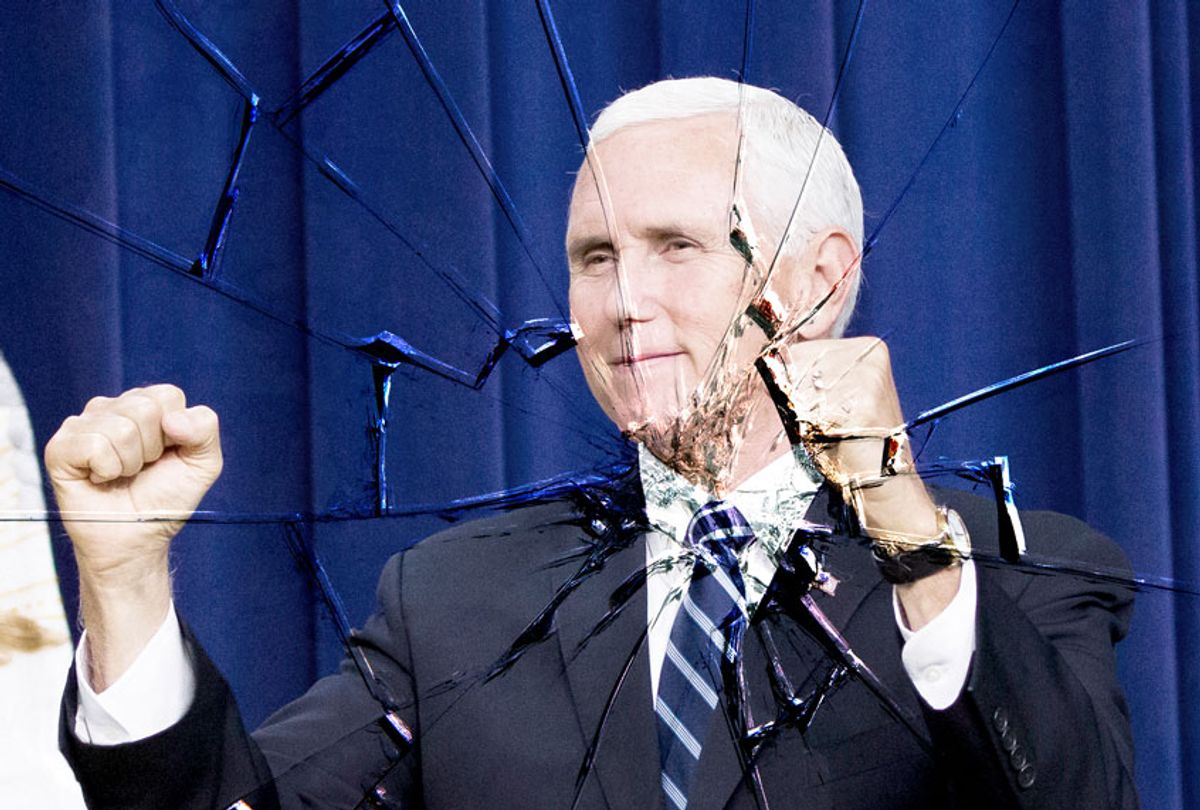 With the prospect of an impeachment looming over Washington this month, the conversation has naturally turned to Vice President Mike Pence — both as a possible successor to the presidency and as a possible candidate for impeachment himself. Standing in the eye of the storm, on October 5 Pence chose to tweet a photo of himself at the podium of an organization that is unknown to most Americans.

“The Council for National Policy is one of the oldest and most effective organizations in the history of the conservative movement,” he wrote. He thanked former Ohio congressman (and CNP executive director) Bob McEwen “and the more than 400 fellow conservatives for coming out & fighting for the principles that have made this country great!”

Pence’s anodyne statement can be viewed as both life insurance for his career and the ongoing repayment of an old debt. The reasons have less to do with Trump than with the inner workings of the Republican Party.

Over the past few decades the traditional GOP has been overtaken by partisans of the Radical Right, now entrenched in the party's infrastructure. This shadow network of hardline organizations, activists and donors stands ready to outlast the Trump presidency. The story of the CNP, a hub in this network, is a case study in how the durability and strategic capacity of right-wing institutions have shaped the American political landscape.

The Council for National Policy had its origins in the Southwest, where the social agenda of Christian fundamentalists and the economic interests of the oil industry converged. They founded the CNP in 1981 to capitalize on the election of Ronald Reagan; Reagan’s former attorney general, Edwin Meese III, would serve as the CNP’s president from 1993-1997.

The organization meets several times a year, maintaining secrecy for its membership and its proceedings. But a 2014 membership roster was leaked and published by the Southern Poverty Law Center, illustrating the span of the political network: major donors such as the DeVos family; evangelical powerhouses such as Southern Baptist leader Richard Land; and heads of influential media interests, including the Salem Media conglomerate. Kellyanne Conway has belonged to the CNP’s executive committee, and Jay Sekulow, lead attorney on Trump’s personal legal team, has served on the board of governors. The organization also, critically, includes the heads of membership organizations such as the National Rifle Association and the Susan B. Anthony List (a group that funds anti-choice candidates), whose ground troops can be deployed in coordinated political canvassing. In the words of former CNP president Richard DeVos (father-in-law to Education Secretary Betsy), the CNP convenes the “donors and the doers.”

The CNP has played the long game in Washington, using its ability to activate evangelical voting blocs as its political capital, building up influence in the statehouses and pushing the GOP ever farther to the right. Over time, the CNP partnerships evolved into a well-oiled machine, in which big money, regional broadcasters and ground troops advanced its interests in ways that were often neglected by the national news media. Mike Pence appeared at various stages of his career. One co-founder, Morton Blackwell, claims to have trained some 200,000 conservative candidates and political activists through his Leadership Institute — among them Mike Pence.  Another co-founder, ideological architect Paul Weyrich, instituted a celebrated weekly lunch not far from the Capitol to talk strategy. Congressman Mike Pence briefed the group on a weekly basis. In 2006 the New York Times quoted Weyrich’s verdict on Pence: “He is what I’ve been waiting for in terms of leadership.”

After Barack Obama’s election in 2008, the donor networks of the CNP, fueled by the DeVos family’s Amway fortune, converged with those of the Koch brothers. Their digital campaigns and grassroots activism converged as well. The heads of Koch-backed organizations — including Americans for Prosperity and the Tea Party Patriots — joined the Council for National Policy, and CNP donors funded Koch initiatives. In 2012 Democrats celebrated Obama’s reelection, but Republican efforts to cultivate state-level politics were paying off. Despite the Democrats gaining a national plurality of over 1.4 million votes in the House elections, Republicans won back the House with a margin of 17 seats, giving them power over the budgetary process.

The CNP partners’ long-term strategy identified some 17 million politically unengaged evangelicals, many concentrated in swing states, and sought ways to drive them to the polls. Focus groups found that this demographic could be motivated by scare tactics involving abortion and LGBT rights. These voters have been bombarded with falsehoods: Democrats conspire to “execute babies on the day of their birth”; schoolchildren face a mortal danger of sexual assault by transgender people using public restrooms. Swing state voters encountered these campaigns on radio broadcasts from CNP partner networks, in church sanctuaries from partner “ministries” and on social media, fueled by partner memes. They were complemented by grassroots canvassing run by CNP members, including the NRA, the Susan B. Anthony List and Americans for Prosperity.

In 2016, CNP members played a critical role in bridging the chasm between the evangelical base and Trump, overcoming objections to Trump’s character flaws and spiritual deficits.
CNP members Marjorie Dannenfelser and Penny Nance had signed an “anyone but Trump” letter to Iowa voters; Southern Baptist Richard Land and his fellow editors at the Christian Post described him as “exceptionally bad.” But CNP president Tony Perkins and strategist Ralph Reed kept their options open. Trump rode the wave of the primaries on the strength of his celebrity, but he lacked campaign funds, strategy and ground troops. The CNP partners could offer him all three — under certain conditions.

On June 21, 2016, Perkins hosted some 1,000 fundamentalist leaders at the Marriott Marquis in Times Square to allow Trump to make his case, sharing the stage with a panoply of CNP all-stars. Trump emerged with their full support. In return, CNP members received an Evangelical Advisory Board stacked with CNP members, a leading role in writing the social planks of the Republican platform, and, crucially, a decisive say in federal judicial nominations — their most powerful lever for reshaping the national landscape. By mid-July Trump also replaced his previous choices for running mate with Mike Pence.

Pence’s career now hangs in the balance, and much will depend on how closely he’s tied to Trump’s actions — even if Trump is only impeached and not convicted. But the Council for National Policy has looked ahead. Operating on the principle of “an heir and a spare,” it conspicuously auditioned Nicky Haley at its 2018 meeting.

The strategists of the CNP are keenly aware of the formula that won them the White House in 2016: Hillary Clinton’s campaign, focused on the national media, won the popular election by three million votes, but lost the Electoral College by some 80,000 votes in Wisconsin, Michigan and Pennsylvania. The CNP may be hoping for a repeat: wagering that the impeachment furor in Washington will play out in the national media without moving the swing states — and that the Democrats will be too distracted by the drama to notice.

Anne Nelson (@anelsona) is the author of "Shadow Network: Media, Money, and the Secret Hub of the Radical Right," out this month from Bloomsbury.