Ringo Starr's "What's My Name": A triumphant return to form for the former Beatle

A standout track is John Lennon's "Grow Old With Me," featuring Paul McCartney on bass and backing vocals 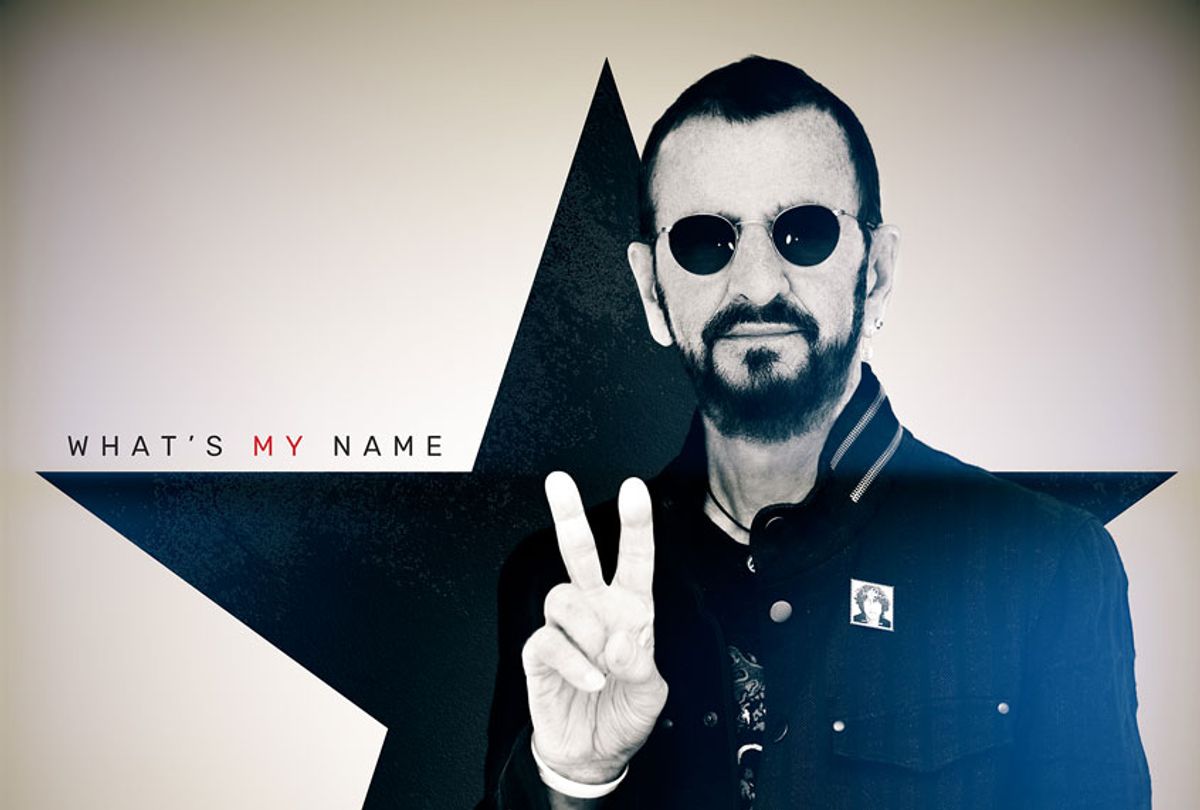 The Beatles’ American success story began to unfold on Sunday, February 9, 1964, with the band’s performance on the "Ed Sullivan Show" before some 73 million television viewers, a figure that accounted for nearly 40% of the population of the United States at that time. In the coming days, it was drummer Ringo Starr, with his self-deprecating, aw-shucks demeanor, who emerged as the most popular Beatle.

After the group’s disbandment, it was Ringo, yet again, who enjoyed a string of early successes with the record-buying public. In April 1971, he made his first major statement as a solo artist. After a pair of lackluster solo albums in "Sentimental Journey" (1970) and "Beaucoups of Blues" (1970), the ex-Beatle released the blockbuster single “It Don’t Come Easy,” a record that would set into motion an impressive series of commercial triumphs that, for a time at least, set him apart from his former bandmates.

Co-written with George Harrison, “It Don’t Come Easy” proved to be an international hit, notching top-five results in several different countries. As history would show, “It Don’t Come Easy” was a harbinger of things to come for Starr, who enjoyed a string of hit singles in “Back Off Boogaloo,” “Photograph,” “You’re Sixteen,” “Oh My My,” “Only You (and You Alone),” and “No No Song.” And then . . . nothing.

By any measure, Starr’s future commercial performance would pale in comparison to those heady days in the early 1970s—especially in terms of his blockbuster "Ringo" album, released in November 1973. At one point, after the mega-success of the "Ringo" LP, no less than John Lennon famously telegrammed Starr, saying “Congratulations. How dare you? And please write me a hit song.”

With "What’s My Name," his 20th studio album, Starr makes a triumphant return to the greatness that marked his early 1970s heyday. Easily one of his most endearing LPs, the record finds its roots in Starr’s frequent refrain during his concerts with the All-Starr Band. “What’s my name?” he prompts his adoring fans. “Ringo!” they scream in response with unbridled joy.

If "What’s My Name" has a running theme, it involves the former Beatle’s tireless evocation of peace and love. Take the upbeat “Send Love, Spread Peace,” in which Starr dares listeners to embrace his mantra by imagining “what a wonderful world it could be / Send love, spread peace.” Composed by fellow All-Starr and former Men at Work front man Colin Hay, “What’s My Name” makes for the album’s most commercial track. “Nothing stays the same,” Ringo sings. “But I’m still in the game.”

The Beatles loom large in Starr’s legend, of course, and the band casts a long shadow that extends to nearly every nook and cranny of "What’s My Name." Take the Motown classic “Money (That’s What I Want),” which originally featured Lennon on vocals on "With the Beatles" (1963). Starr delivers a cover version of his own with full-throated gusto.

And then there’s “Grow Old with Me,” one of Lennon’s late period demos in the months before his senseless murder in December 1980. Starr shrewdly provides an understated production that highlights the majesty of Lennon’s lyrics about romantic commitment. With Paul McCartney adorning the track with bass guitar and backing vocals, “Grow Old with Me” comes off as a miniature Beatles reunion of sorts. Knowing listeners will even catch a musical nod to Harrison hidden within the arrangement.

With "What’s My Name," Starr offers his finest album in decades. An LP that doesn’t try too hard, "What’s My Name" serves up what Ringo has done so well since the early days of Beatlemania: a good-natured entertainment that keeps us coming back for more.