Even a wealth tax isn't enough: It's time for an income tax based on economic inequality

A market-based solution to inequality: A punitive tax on the wealthy that goes away when inequality is reduced 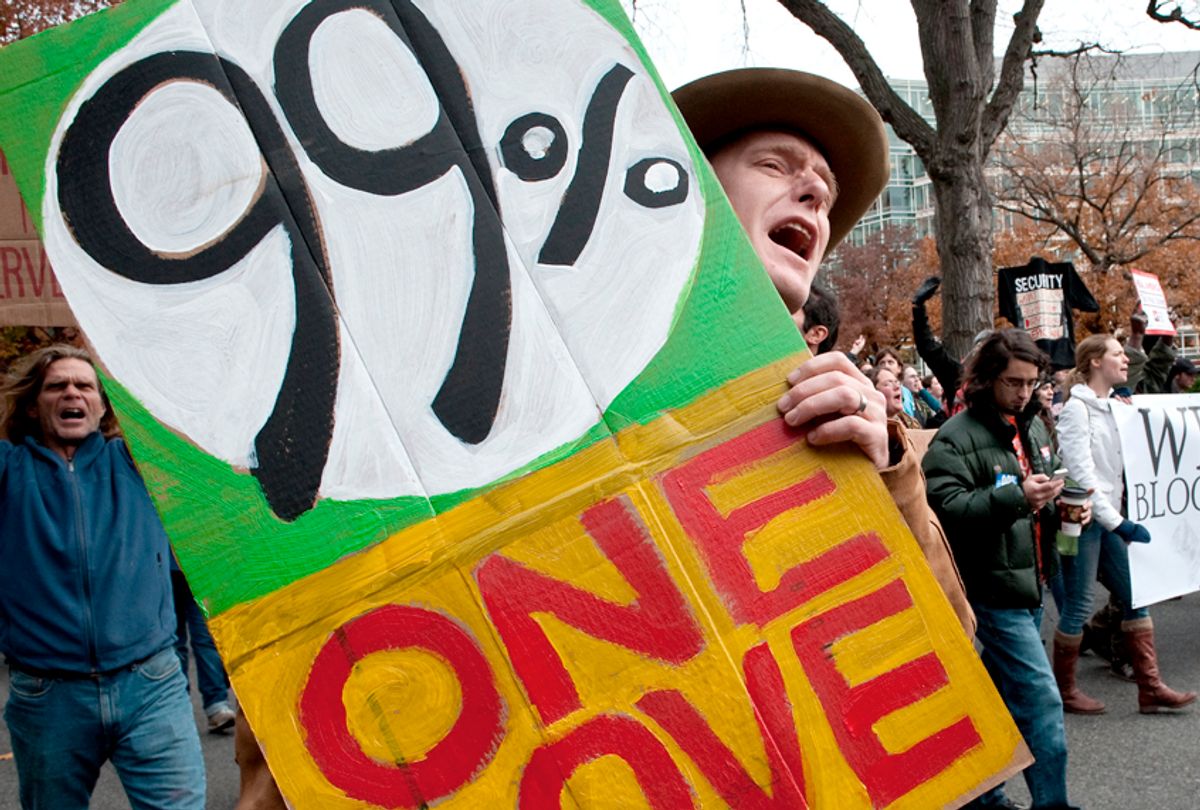 This essay has been adapted from the new book, "Mend or Spend: How to Force Rich People to Solve Economic Inequality," available here.

Income inequality is raging out of control. The rich keep getting richer and everyone else keeps falling ever further behind.

Not only is such drastic inequality unfair economically, but it is also destroying our democracy politically. It has led to the rise of a destructive strain of far-right populism that is tearing apart the fabric of our cherished society. This downward spiral will only become worse unless and until financial security is restored to the working class.

So far, the proposed solutions are woefully inadequate. We have heard suggestions such as free college tuition, health care for all, student debt cancellation and two weeks of paid sick leave. These proposals are fine and good, but they are all drastically insufficient. They fail to address the underlying, systemic, free-market forces that are causing inequality in the first place. These proposals are mere Band-Aids. While they do soothe some of the symptoms, they do not cure the underlying disease.

We must fight fire with fire.

A powerful measure that would indeed counteract the destructive market forces at the heart of the problem would be to impose an income tax on income inequality.

The key mechanism would be to link income taxes on the wealthy to the level of inequality in society.

Under this paradigm, inequality in the economy would be measured on a regular basis. Whenever inequality in society becomes too great, such as today, an income tax on the wealthy at the very top would automatically be triggered (no action required from Congress).

The tax would apply only to the highest marginal income tax level, say, maybe $5 million per year and above. No tax would apply to the middle class or anyone else. The tax would be steep. Very steep. Say, maybe, 70%. The tax would remain in effect until the level of inequality in society were reduced to an acceptable level, in which event the tax ,would be lifted automatically.

The centerpiece and driving force behind this approach is that it introduces proper financial incentives.

Currently, the financial incentives in our economic system are upside down. Corporations are incentivized to push down compensation and benefits of their workers. Holding down workforce expenses leads to greater profitability at the top. This workforce suppression is the central cause of the modern trend toward extreme inequality.

By implementing an inequality tax, however, corporate executives and shareholders would suddenly have a powerful financial incentive to not exploit their workers. For the first time, they would face a financial penalty themselves for extracting too much out of their workers.

Corporate executives and shareholders would always bear in mind that if they do not share enough profits with their workers but instead concentrate the profits at the top for themselves, then this will come back to bite them. They would risk triggering the inequality tax upon themselves.

The decision faced by corporate boardrooms would be whether to share, say, 50% of their profits with their workers, or incur a 70% inequality tax.

To avoid the dreaded inequality tax, corporations throughout the nation would suddenly spring into action and devise all sorts of new measures to share more wealth with the workers. We would see innovation after innovation, one after the next, in company after company. Workers would suddenly enjoy increased wages, greater benefits and enhanced workplace environments.

The key driver behind this solution is introducing the proper financial incentives. Private individuals throughout the free market can then devise their own specific measures. This approach avoids a top-down, government-mandated, command-and-control regime.

Instead, adopting an inequality tax utilizes the power of the free market and encourages the ingenuity of free enterprise to innovate new and effective solutions for reducing income inequality. The inequality tax would also have the effect of placing an invisible cop on every corporate corner and inside every corporate boardroom as a deterrent against worker exploitation.

Utilizing free-market forces to solve societal problems is nothing new. We have seen this before, for example, in the environmental sector with the carbon tax and the “cap and trade” system for reducing carbon dioxide emissions.

It is now time to apply a market-based approach to the problem of income inequality.

At first blush, this proposal may seem unfair to the wealthy. After all, the inequality tax applies only to the wealthy and thus places the entire onus upon them to produce solutions.

The truth, however, is that applying the inequality tax to the wealthy is perfectly appropriate because it is the wealthy who caused income inequality in the first place.

For the past four decades, wealthy corporate executives and shareholders have been devising ever more clever ways to shift wealth away from the workers and transfer it up into their own hands. Their main methods have been suppressing workers' wages, slashing benefits such as health care and pensions, destroying labor unions, transferring jobs overseas under globalization, replacing workers with robots under automation, and buying off politicians to block legislation that favored workers or to enact legislation that favored corporations. It was all highly deliberate.

And it worked. The rich became filthy rich.

But the consequence of their lavish success has been the drastic inequality that now threatens to destroy our society. A rebalancing has become imperative. Wealth must be returned from the top back down to the working class in order to restore fairness and stability in our democracy.

Enacting an inequality tax upon the wealthy would constitute an enormous step in the right direction.