"We deserve someone who writes the damn bills," Tlaib said, referencing Sanders' "Medicare for All" legislation 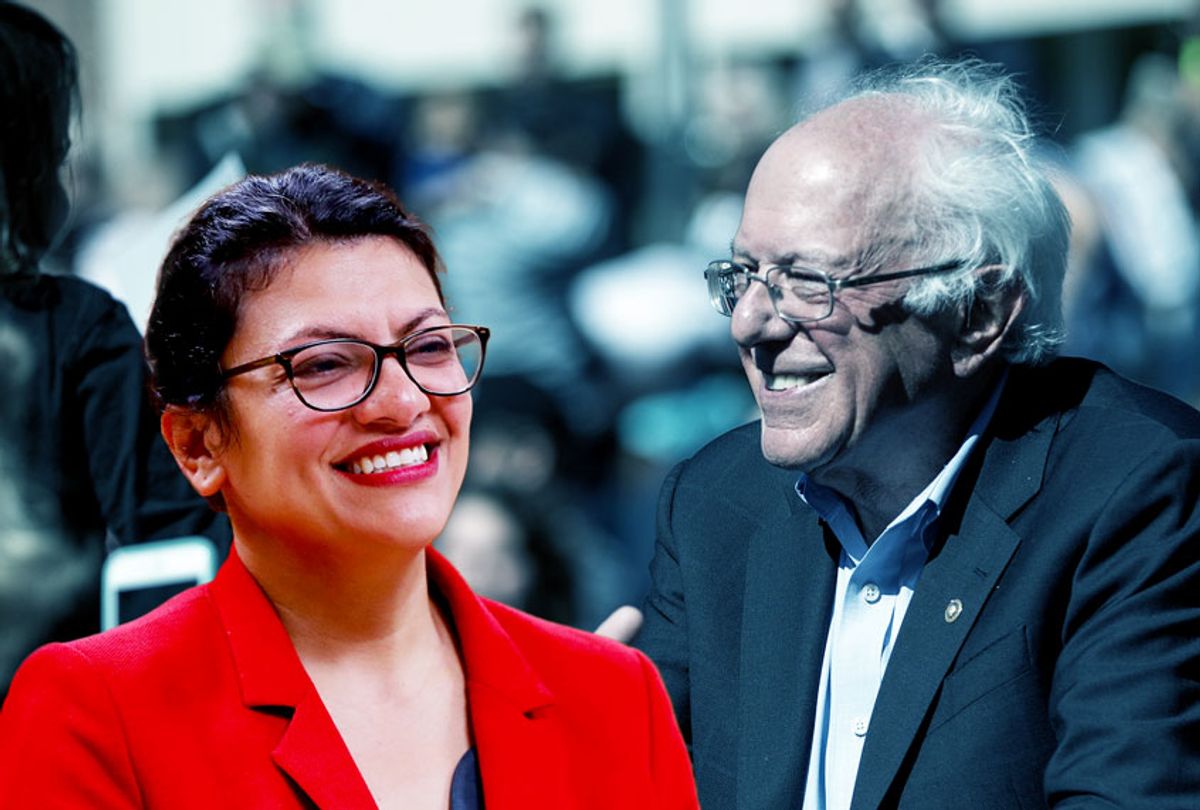 Sen. Bernie Sanders, I-Vt., has been endorsed for president by Rep. Rashida Tlaib, D-Mich., who on Sunday became the third member of the influential group of freshmen congresswomen of color known as the "squad" to do so.

After touring Tlaib's congressional district together, the pair appeared at a joint rally, where the congresswoman praised the senator's push to curb the power of large corporations and presented him as a champion of working-class Americans.

"We deserve someone who writes the damn bills," Tlaib said, referencing Sanders' reminder at a primary debate that he wrote the sweeping "Medicare for All" legislation when challenged on the details of his health care plan. "We deserve Bernie Sanders."

The crowd inside Cass Technical High School in Detroit erupted in cheers. Sanders then joined Tlaib on stage, where the pair embraced.

Sanders applauded Tlaib for "standing up to the vulgarity and ugliness of Donald Trump" and taking on "the greed and corruption of the economic establishment."

"I will look to her for leadership in Congress under a Sanders administration," he added.

In an accompanying video released on YouTube, Tlaib referred to Sanders as "Amo Bernie," using the Arabic word for "uncle." Tlaib is one of two Muslim-American women in Congress, the other being Rep. Ilhan Omar, D-Minn., a fellow "squad" member and Sanders supporter.

"I think Amo Bernie, when he saw just not myself but my other sisters in service being attacked by this president — this bully — for him there was no hesitation. He jumped on board and said, 'What can I do to uplift you all? What can I do to support you all?'" Tlaib said in the video. "He truly believes that women like us — women that this institution hasn't been ready for — that we feel supported."

Tlaib's endorsement, which had been widely anticipated, came less than two weeks after Sanders was endorsed by her allies on Capitol Hill and fellow "squad" members Omar and Rep. Alexandria Ocasio-Cortez, D-N.Y.

Allies of Sanders hope the support from these young and increasingly influential women of color, all elected to Congress in 2018, will appeal to young voters in 2020 at a moment when his age and health have come under scrutiny. Sanders suffered a heart attack earlier this month, a point he noted in an aside toward the end of his speech on Sunday.

"This comes from the bottom of my heart. And by the way, my heart is doing just fine," said Sanders, who at age 78 is the oldest candidate in the 2020 field.

Sanders is also looking for ways to give a much-needed boost to his campaign, which has sunk to a distant third place in a number of recent national and early voting polls behind former Vice President Joe Biden and fellow progressive Sen. Elizabeth Warren, D-Mass.

It is unclear whether the endorsements from members of the "squad," whose progressive ideologies align closely with Sanders', will ultimately help him accomplish that. The fourth member of the group, Rep. Ayanna Pressley, has remained neutral in the race. She represents a district in Warren's home state of Massachusetts.