The new series, “House of the Dragon,” comes after the cancellation of HBO’s planned prequel 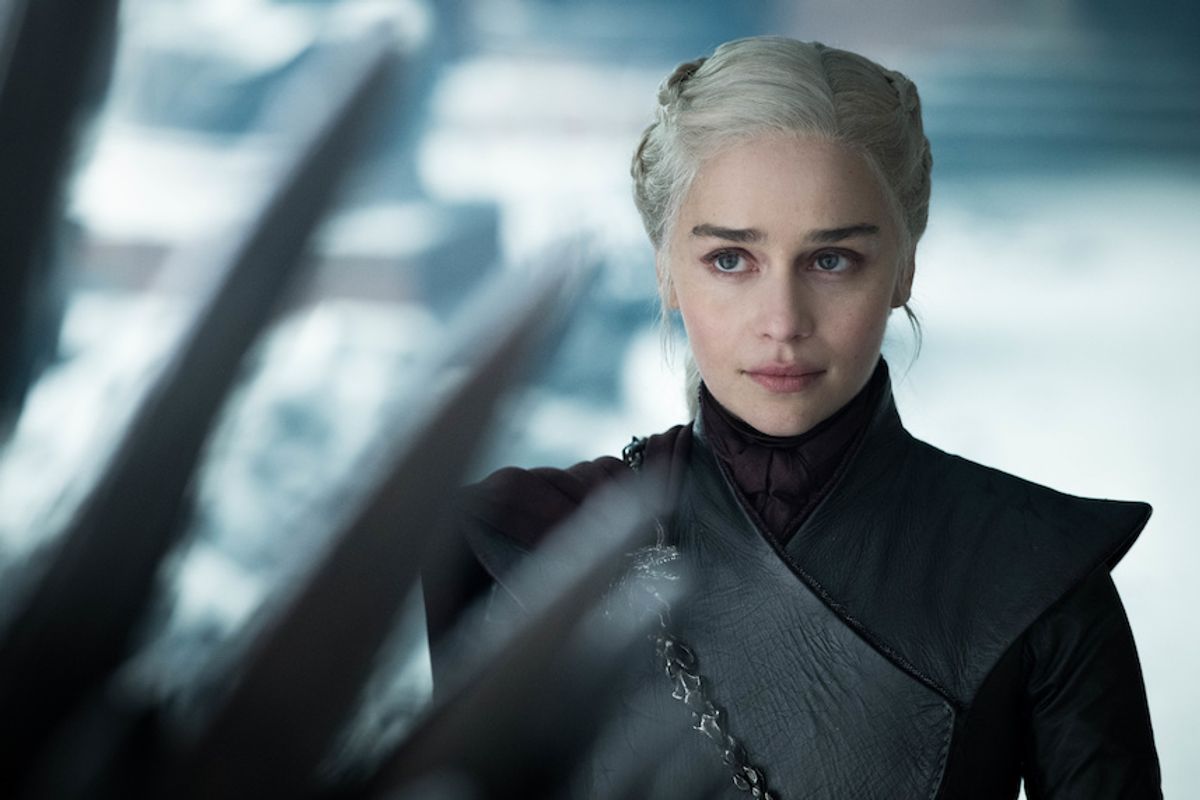 George R.R. Martin giveth and he taketh away. Less than 24 hours after the HBO "Game of Thrones" prequel starring Naomi Watts was killed, the WarnerMedia presentation in Burbank on Tuesday announced that its upcoming streaming service HBO Max has greenlit its own prequel.

Ordered straight to series, the 10-episode "House of the Dragon" will be yet another prequel series set 300 years before the events of "Game of Thrones" and tells the story of House Targaryen, those platinum-haired, dragon-riding, incestuous ancestors of Daenerys Targaryen and her snotty brother Viserys. Is this justice for Dany, perhaps, after the events of that horrific final season of "Thrones"?

Martin and Ryan Condal co-created "House of the Dragon." The author will also co-executive produce the series along with Condal, Vince Gerardis and Miguel Sapochnik, who will direct the pilot and additional episodes. Sapochnik has been responsible for helming several of the Emmy-winning episodes of "Game of Thrones" that feature large battles. He and Condal will serve as showrunners for the series.

"The 'Game of Thrones' universe is so rich with stories," says Casey Bloys, president, HBO programming. "We look forward to exploring the origins of House Targaryen and the earlier days of Westeros along with Miguel, Ryan and George."

The poster, seen below, includes the tagline, "Fire will reign" along with the Targaryen sigil of the three-headed dragon. The royal family is supposedly impervious to fire.

"House of the Dragon" prequel to "Game of Thrones"

Although this move doesn't really explain why HBO decided to give the Red Wedding treatment to the Naomi Watts prequel, the "House of the Dragon" announcement is a clear shot across the bow of HBO Max's streaming competitors that include Netflix, Hulu, Amazon, and the upcoming Disney+ and AppleTV+. The "Game of Thrones" franchise is one that has proven lucrative and will likely be a big part of drawing subscribers to this fledgling service.

Among many of the other announcements made at WarnerMedia Day on Tuesday is the estimated launch date and price point for HBO Max. The new streaming service will launch sometime in May 2020 for a $14.99/ month subscription rate, about the price of HBO but with far more content, which has been announced piecemeal over the past few months. AT&T's existing customers - including current HBO subscribers who get the channel through AT&T or DirecTV - will get HBO Max for free.