Democracy in the U.S. is being replaced by a corporate state with little regard for morality, life or the law 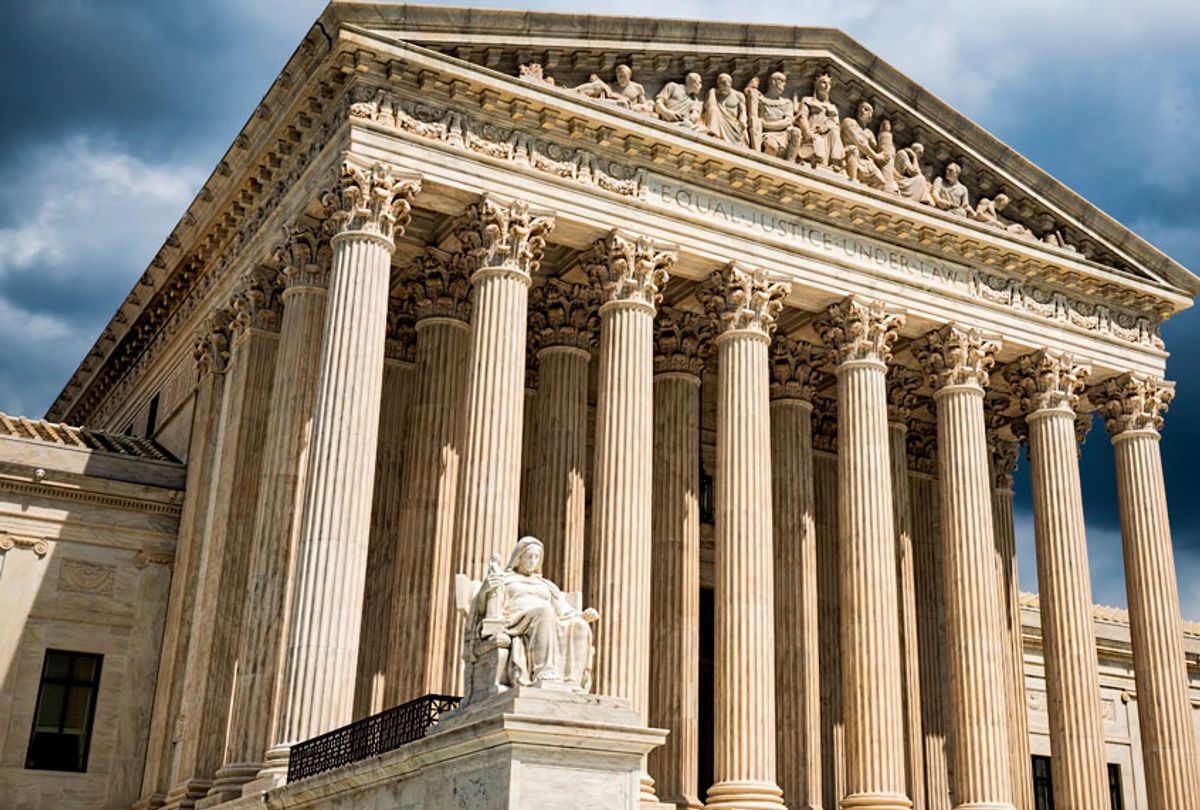 People being killed by wildfires in California, and people dying because they can’t afford their insulin are the same thing. Both represent the capture of government by corporations — in other words, both are symptoms of democracy in the United States being replaced by a corporate state with little regard for morality, life or the law.

In 1976, for the first time in America’s history, five conservatives on the U.S. Supreme Court ruled that rich people owning their own personal politicians was constitutionally protected because the money they were using to buy legislators and legislation was “free speech.” The case was Buckley v. Valeo. In 1978, SCOTUS extended that logic to corporations in First National Bank of Boston v. Bellotti.

The result was predictable. Rich people and corporations rose up and took over the government, as money poured into Reagan’s coffers and the corporate-funded GOP began to dominate the American political scene. And, also predictably, the most predatory and least scrupulous among those billionaires and corporations ended up with the most influence.

This Supreme Court-written law, reaffirmed in 2010’s Citizens United decision, was never proposed by any legislature, governor, or president, and, in fact, struck down a series of “good government” laws restricting money in politics that went all the way back to 1907.

And it has largely reduced democracy in the United States to its trappings. The public is engaged in a series of rather empty rituals, at least for the moment.

A representative democracy, of course, is generally agreed to mean that the majority of the people vote for what they want from government and most often then get it via the people they elected. When the majority wanted, for example, the right to unionize, a minimum wage, unemployment insurance, Social Security, civil rights laws, and Medicare, our government brought those things into existence.

All that was, of course, before the Supreme Court eradicated what democracy we had in 1976 and 1978.

Those decisions brought a river of money into politics and thus swept Reagan into office. He did pretty much everything his donors wanted and screwed the rest of us.

The corporate and billionaire takeover of the American government that began with Reagan in 1981 (based on the Supreme Court decisions of 1976 and 1978) has gotten more complete and more brazen with every election.

In 2014, Martin Gilens and Benjamin I. Page, professors at Princeton and Northwestern universities, respectively, published an extraordinary study that found that in this post-Reagan era, the political goals — the legislative outcomes hoped for — of Americans in the bottom 90 percent of income were, essentially, ignored by the U.S. Congress and presidency, at least when it came to actually passing and signing legislation. The probability of their wants and needs being addressed legislatively was even less likely than random chance.

The political goals of the top 10 percent, however, predictably happened, with the most elite and wealthy Americans getting the legislation they wanted, when they wanted it.

This is not democracy; it’s oligarchy or, at the very least, a corporate state. President Franklin D. Roosevelt challenged the corporate state that had emerged in the deregulated Hoover administration head-on, and his efforts largely kept it under control until the Reagan era.

“[T]he liberty of a democracy is not safe if the people tolerate the growth of private power to a point where it becomes stronger than their democratic state itself. That, in its essence, is fascism — ownership of government by an individual, by a group, or by any other controlling private power.”

We’ve reached that point that FDR warned us about, regardless of the word you use to describe it.

What Professors Gilens and Page documented is that the Supreme Court killed democracy in the United States. The will of the people — the very definition of democracy — no longer matters.

As a result, Pacific Gas and Electric Company (PG&E) felt safe diverting billions of dollars that could have been used for maintenance or burying their high-tension lines into bloated executive salaries and fabulous shareholder dividends; after all, they owned or could strongly influence the majority of California politicians.

Now they feel free to cut off people’s power and tell San Francisco to go screw itself when it tried to buy their SF operations.

It’s also why one of the largest purchasers of drugs in the U.S. — Medicare — is now barred by law (the Medicare Modernization Act of 2003) from negotiating prices for those drugs and must pay full retail for everything, a windfall worth hundreds of billions to the pharmaceutical companies.

This law, promoted by the Bush administration, was passed back in 2003 but is still on the books because the drug industry owns the majority of our federal politicians, even though 93 percent of Democratic and 74 percent of Republican voters agree that the government should be able to negotiate prices. In addition to being a Medicare-funded windfall for pharmaceutical CEOs, it has led to drug prices exploding across the board, and that has led to dying Americans.

Most Americans want clean air, pure water, and a healthy environment; every administration since Reagan has, instead, cut thousands of corners or even driven roadways through previous laws and regulations protecting us. The majority of Americans want affordable college, strong Social Security, and a livable minimum wage; instead, since 1980, the trendlines have all been in the opposite direction.

Industry after industry has poured their largesse into political coffers, and in nearly every case they get what they want, the voting public be damned.

Americans know this. It’s one of the reasons why, when a buffoonish reality TV star and mobbed-up New York real estate mogul ran for president promising to “drain the swamp” and “break Washington,” millions voted for him. But he’s not giving us democracy, either; he’s just accelerating the slide to a totally corporate-owned state.

When the five conservatives on the Supreme Court betrayed America by handing our political system over to the morbidly rich and corporations, the Reagan administration, bowing to newly empowered corporate pressure, stopped enforcing a century of anti-trust and anti-monopoly laws.

No administration since has felt the need to reverse that, as industry after industry — from media to airlines to insurance to hotels to social media to food — have become dominated by cartels of a small handful of companies.

At this scale, it’s much easier to purchase and lead legislators, as we learned this week happened when it was revealed that last year a paid-off member of Congress slipped language into law written by or for Boeing that essentially put them in charge of FAA airworthiness certification. The result was the 737 Max and 346 dead human beings.

In the Democratic primaries, several candidates started backing away from Medicare for All when people from drug, hospital, doctor and insurance interests began to financially support their campaigns. The Republican Party sold their souls back in the 1980s; only about half of the Democratic Party is in a similar condition of servitude, which has put the party at a severe electoral disadvantage since that era.

When I asked President Jimmy Carter about Citizens United and this doctrine of money as speech in 2015, he said: “It violates the essence of what made America a great country in its political system. Now it’s just an oligarchy, with unlimited political bribery being the essence of getting the nominations for president or to elect the president. And the same thing applies to governors and U.S. senators and Congress members.

“So now we’ve just seen a complete subversion of our political system as a payoff to major contributors, who want and expect and sometimes get favors for themselves after the election’s over,” said President Carter.

In nation after nation throughout modern history, every time government has been taken over by oligarchs and corporations, democracy has died — usually to be replaced by a strongman form of oligarchy or outright fascism.

Congress could have reversed the Supreme Court’s decision at any time with either legislation that explicitly says money is not speech and that (per Article 3, Section 2 of the Constitution) this issue is an “exception” on which the Supreme Court may not rule.

It could also be done by two-thirds of Congress and three-fourths of the states passing a constitutional amendment declaring that money is not the same thing as speech, and that corporations are not persons.

Because of a corrupt Supreme Court, oligarchs and the corporations that made them rich have taken over the American political system. If we don’t take it back from them soon, the entire experiment of an American democratic republic will come to an end.