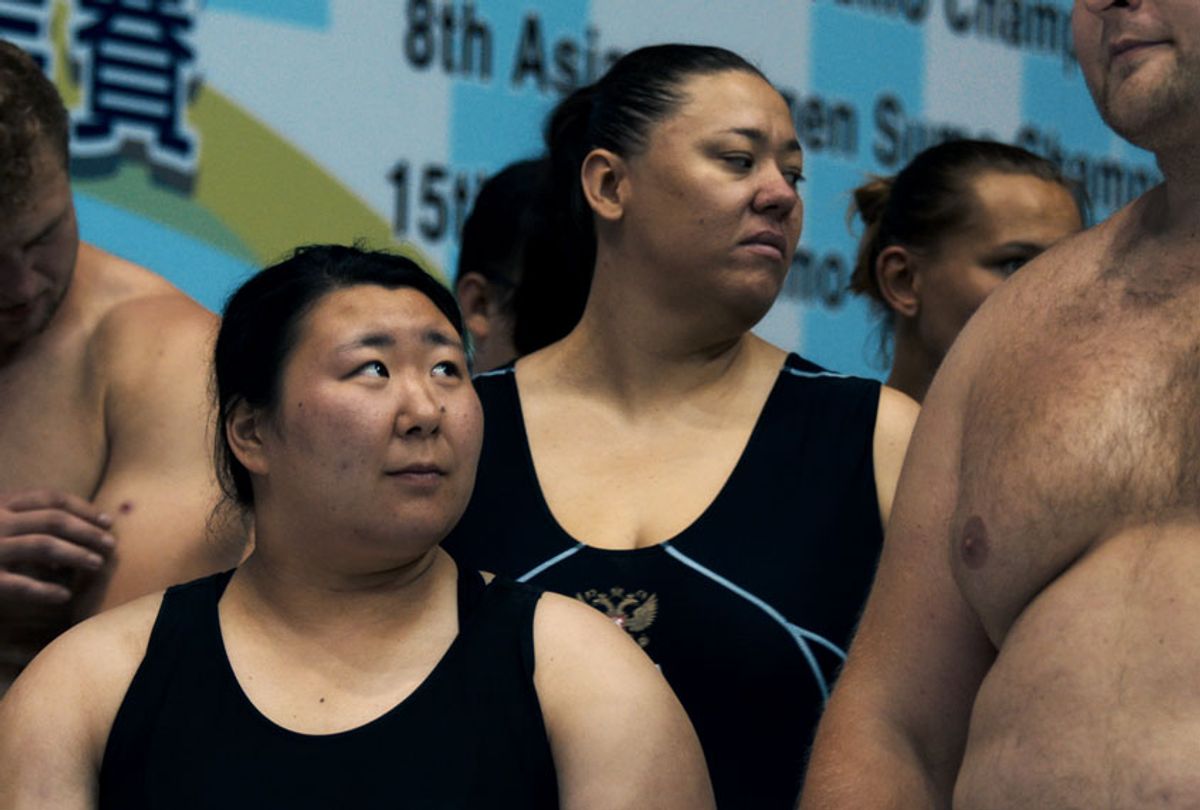 Hiyori Kon is 20 years old — one year away from forced retirement and, according to her massage therapist, at least five years before she reaches her peak strength. This is the very clear tension that underpins “Little Miss Sumo,” a new documentary short streaming on Netflix that follows Hiyori as she tries to make a name for herself in the “sport of the gods,” despite the fact that women are barred from competing in sumo professionally.

Sumo is, on the surface, a simple sport: two competitors face off in a circular ring, the first to be pushed out of the circle, or to touch the ground with any part of their body besides the soles of the feet, loses. But it’s a sport that requires tremendous strength, flexibility and control.

And it’s a sport that is grounded in approximately 1,500 years of tradition — tradition that allows men to compete into their late 30s, while women are unable to compete after they turn 21 based on an unfounded claim that women wrestlers reach peak physical capacity at the age of 20. This is something that Hiyori wants to change.

As a talented female sumo and a student of gender studies, Hiyori hopes that her performance at the sumo world championships in Taiwan, in combination with her vocal petitions against the sexism of the sport’s regulations, will be enough to inspire change.

Without intervention, this is the last time she’ll be allowed to compete.

This is where “Little Miss Sumo” is astonishingly successful for an 18-minute film; through thoughtful interviews, beautiful training clips, and this idea of a countdown clock steadily ticking down — without intervention, this is likely the last time Hiyori will be allowed to compete — director Matt Kay strikes a masterful balance between contemplation and pressure.

The narrative gently pulls back and forth between respect for tradition and acknowledgement of modernity, but the final message is resoundingly clear: things need to change. Not just in the world of sumo, but in how women are regarded across the globe. By the end of “Little Miss Sumo,” viewers will hope for a future filled with equality, in general and specifically for Hiyori.