Biden's Iowa state director doesn't live in the state and hasn't run a campaign there since 2007, Democrats say 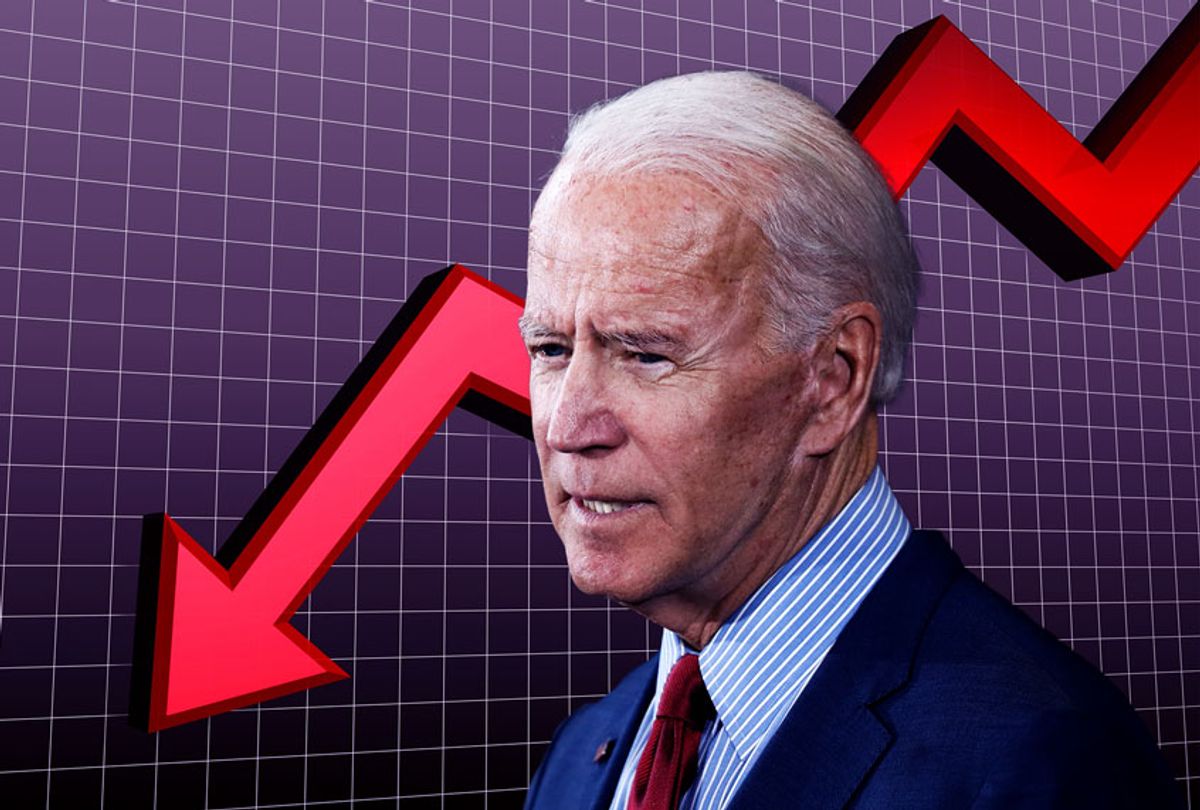 Former Vice President Joe Biden is at risk of a “humiliating” loss in Iowa as a result of his poorly organized ground operation and his failure to win over party leaders and voters, 11 senior Democrats told Bloomberg News.

The top Iowa Democrats, nearly all of whom declined to be named, told the outlet that Biden is at risk of finishing in third or fourth place in the first-in-the-nation caucuses on Feb. 3. Biden’s campaign outreach has been “largely ineffective,” they said, and his campaign is too reliant on big-money fundraisers. Biden’s Iowa state director, Jake Braun, does not live in Iowa full-time and has not run a campaign in the state since 2007. Democrats told Bloomberg that Braun has made it difficult for party leaders to contact the campaign and work with Biden’s team.

The Biden campaign told the outlet that Braun worked in Iowa last year for the Democratic Congressional Campaign Committee, which raises money for House races. Braun “declined to say where he lived and hung up” on a Bloomberg reporter who reached him for comment.

Democrats who spoke to Bloomberg for the story also pointed out that Biden joined the race late, after many of his opponents had already hired the most sought-after operatives. He also hasn’t spent as much time as his rivals in the state, spending only three days in Iowa last month.

“I think it’s fair to say if action isn’t taken soon, you’re going to find that a person who was 7 or 14 points behind Biden will be breathing down his neck or actually ahead of him,” Kurt Meyer, chairman of the Mitchell County Democratic Party, told Bloomberg. “There’s still time because the caucuses are not on Oct. 27, but action needs to be taken.”

The Biden campaign countered that his campaign staff is just as big as other contenders and he has already amassed 70 endorsements in the state. But his campaign’s missteps have already cost him an early endorsement from state Sen. Tony Bisignano, who said he had endorsed Biden but the campaign left him off the invitation list for multiple Iowa events.

“If my endorsement is worth anything and if our friendship of 32 years had meant anything, I would think I would have the opportunity to talk to the vice president,” he told Bloomberg. “I’m just not reassured that the staff has been making the best decisions of his time and on issues in Iowa.”

Other Iowa Democrats told the outlet that Biden has frequently skipped events that are key to a successful strategy in Iowa, like town halls at community centers, schools and diners. Instead, he has opted for TelePrompter speeches without taking questions, which was intended to help cut down on Biden’s gaffes but now make him seem “aloof.”

Biden is still in position to win the state if he can stop his months-long slide. After leading in Iowa in nearly every poll since last year, Biden plummeted in September. Three polls from USA Today, Emerson and YouGov show Biden in a virtual tie with Sen. Elizabeth Warren. The latest poll, released last week by Iowa State University, showed Warren leading with 28 percent with Biden in fourth place, behind Sen. Bernie Sanders and South Bend, Indiana, Mayor Pete Buttigieg.

Biden has similarly fallen in New Hampshire, the first-in-the-nation primary state, where a CNN poll released on Tuesday showed him in third place at 15 percent, a nine-point slide since July. Biden is in a virtual tie with Sanders for second place behind Warren, according to the RealClearPolitics polling average.

Biden’s campaign had banked on South Carolina, where he had a lead of more than 20 points all year, to be a major stopgap. But a poll released last week by The Post and Courier showed that his lead had fallen from 19 points in August to 11 points in October.

Despite his apparent slide in the early states, Biden remains the frontrunner nationally. Biden leads in eight of nine national polls conducted since Oct. 15, with 27.5 percentage points to Warren’s 21.7 and Sanders’ 17.7, according to the RCP average. A new Politico/Morning Consult poll released this week showed Biden leading Warren by 12 points.

Biden’s poll numbers remain stronger than some of the other metrics used to gauge campaign strength. Last month, The New York Times reported that Biden’s cash-strapped campaign severely cut its digital ad spending, investing only a “fraction” of what his rivals were spending on Facebook and Google. The Times reported over the weekend that Biden’s campaign had just $9 million in cash on hand, a fraction of Sanders’ $33.7 million and Warren’s $25.7 million.

Last week, Biden dropped his long-held opposition to a super PAC, allowing big-money donors to give unlimited funds to support his campaign. Most other leading Democratic candidates, including Warren and Sanders, have sworn off such PACs.

Terry McAuliffe, a top Democratic fundraiser and former governor of Virginia, told The Times that donors were “furious” that the Biden campaign had spent nearly $1 million on private jet flights in the last quarter and said donors viewed Biden’s financial situation as “very alarming.”

Not only is Biden causing consternation among donors, his decision to drop his opposition to a super PAC has drawn criticism from opponents to his left.

"Let’s be clear: super PACs exist for one reason and one reason only: to help billionaires and corporations bankroll a presidential campaign with unlimited amounts of money, in exchange for favors,” the Sanders campaign said in a statement. “Every Democratic candidate should forcefully reject any help from super PACs — and they should tell their supporters and surrogates to stop engaging with super PACs that aim to buy elections and undermine our democracy.”