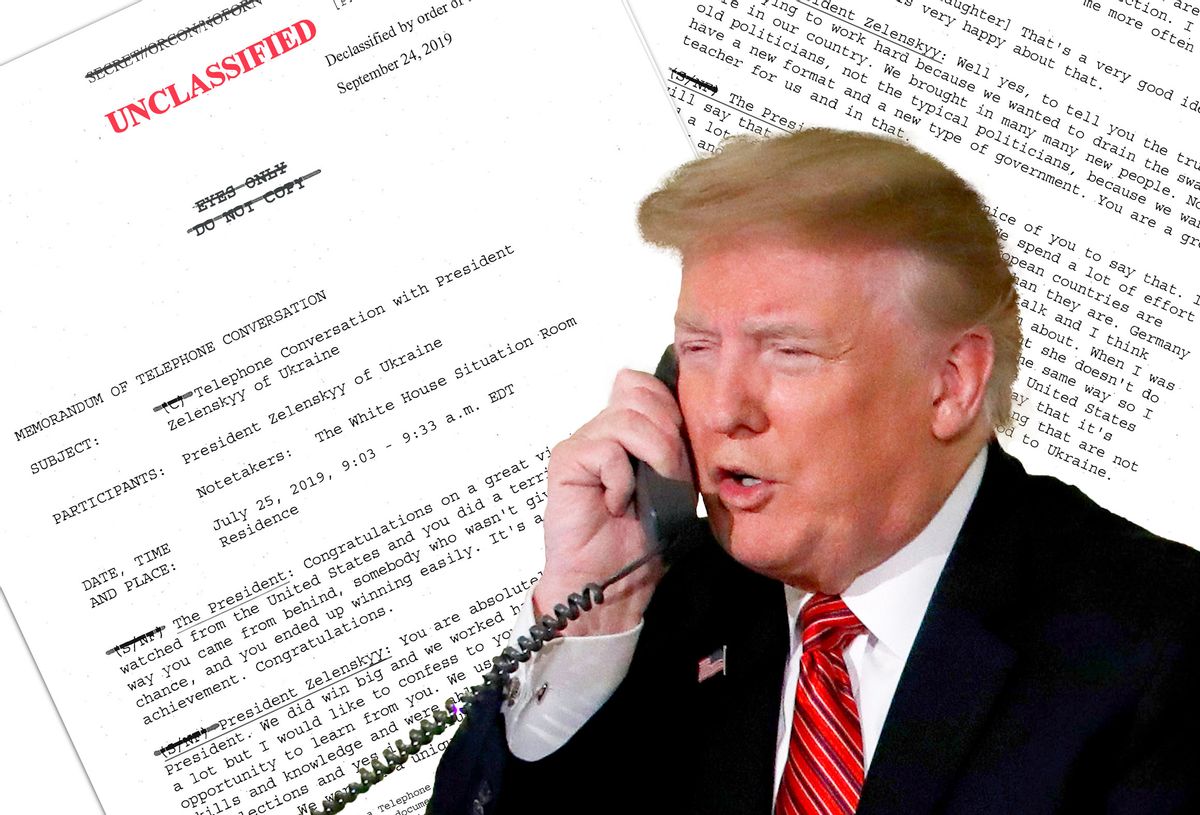 Vindman, who serves as a Ukraine expert on the National Security Council, said that he tried to restore some of the missing elements but failed, the report found.

While the incomplete transcript itself is damning evidence of Trump’s misconduct, showing that he asked for an investigation of his political opponent, former Vice President Joe Biden, as a condition of military aid, many observers argued that ellipses in the document suggested that there could have been additional troubling conduct not put on the record. Given this White House’s proclivity for concealment and deception — not to mention wrongdoing — the chance that anything left out would make it look even worse was high, many argued.

Vindman reportedly said he made other changes to the transcript to correct omissions, but the additions of information about Biden and Burisma were not included.

“The phrases do not fundamentally change lawmakers’ understanding of the call,” the Times noted. “There are plenty of other examples of Mr. Trump referring to Ukraine-related conspiracy theories and asking for investigations of the Biden family.”

The original omissions may have been due to the nature of the language transcription software used at the White House, the report said. But it’s not clear why Vindman’s corrections were not incorporated into the document.