Trump first brought up building an all-glass cathedral with White back in 2006, according to the televangelist 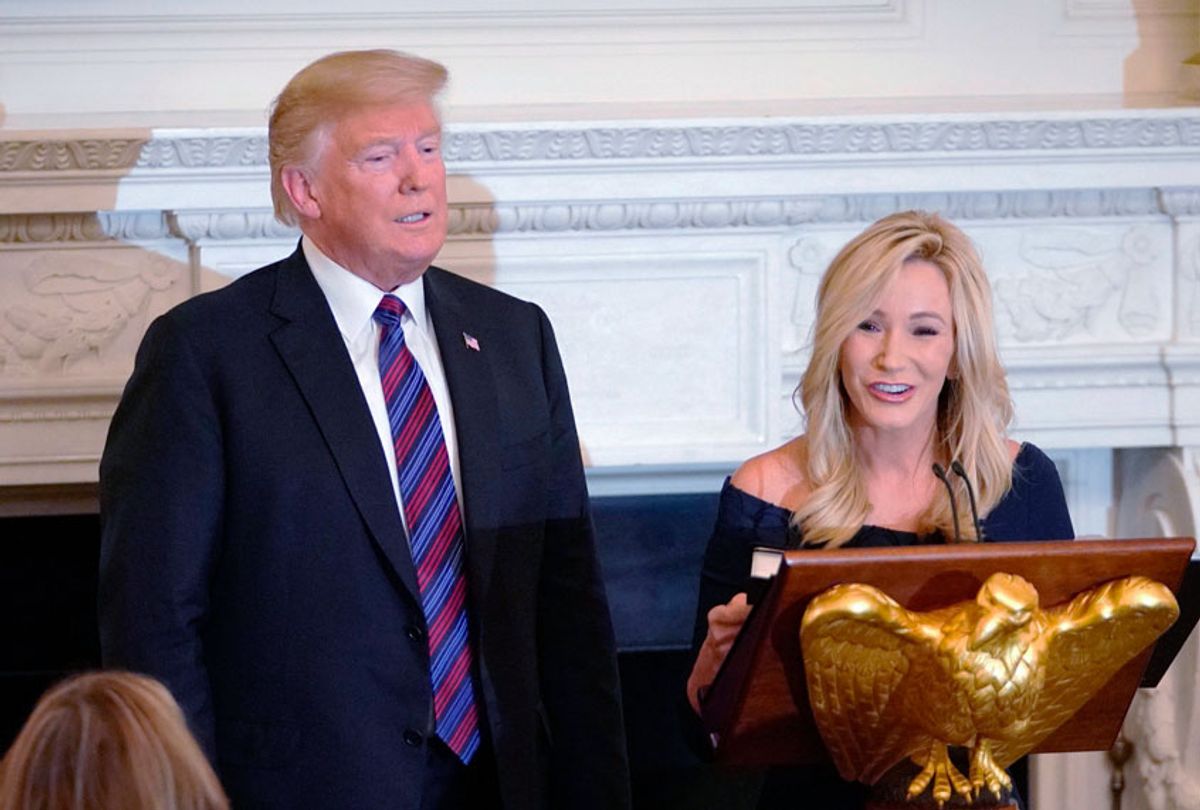 Prosperity gospel preacher Paula White, who has laid claim as President Donald Trump’s “spiritual adviser,” has told the Washington Examiner’s Paul Bedard that the president has in the past talked about building a megachurch.

According to White, Trump first brought up building an all-glass cathedral with her back in 2006. White says that Trump had even picked out an architect for the project, although she says it never came to fruition because the timing wasn’t right for her.

“He said, ‘Let’s build a crystal cathedral for God,'” she claims.

Although Trump never followed through on this plan to build his own megachurch, White holds out hope that he’ll take action on it in the future.

“Who knows what God will do,” she says. “Who knows, maybe we will end up building a cathedral.”

White also detailed the president’s purported Christian faith, which she claimed was very strong despite not speaking “Christian-ese.”

White, who opened the National Day of Prayer Event at the White House in 2017 and who has just landed an official job at the White House, has drawn criticism from many Christians over the years, including her business in which she sells believers “resurrection seeds” that will grant them eternal life for the low price of just $1,144.