"Terminator: Dark Fate" boasts impressive visuals and action sequences, but its best assets are its oldest ones 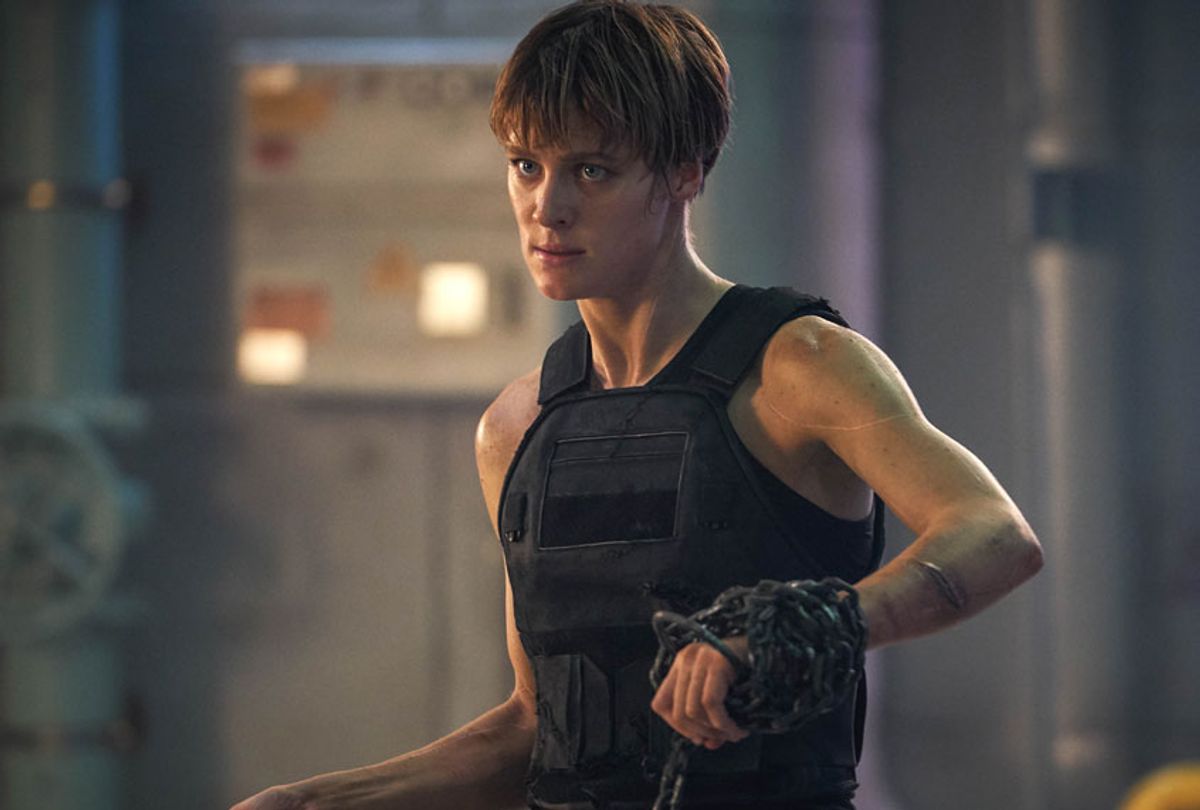 "Terminator: Dark Fate" should serve as an object lesson in a principle that Hollywood is usually unwilling to grasp about casting in blockbuster movies — namely, that an actor's age is irrelevant. What matters is that you have compelling characters performed well, which is why Linda Hamilton and Arnold Schwarzenegger carry this film.

That thought occurred to me again and again as the story of "Terminator: Dark Fate" unfolded. Whenever Hamilton or Schwarzenegger appear on screen, the movie comes to life. Nostalgia is certainly a factor, of course, but the filmmakers knew how to take what had been established about their characters in the previous "Terminator" installments and build on it in clever and creative ways. In that respect, "Terminator: Dark Fate" reminded me of last year's "Halloween" soft reboot, since that movie utilized Jamie Lee Curtis as effectively as this one does Hamilton and Schwarzenegger (coincidentally that one ignored all of the previous sequels in its series; this one ignores all but the first sequel).

Because of Hamilton and Schwarzenegger, the movie works. Everyone else, though played by reasonably competent actors, is bland and forgettable.

"Terminator: Dark Fate" opens with a plot development that I dare not divulge for fears of spoiling it, aside from saying that it effectively explains why John Connor isn't featured in the trailer. The story then flashes forward to the year 2020, where a cybernetically enhanced super soldier named Grace (Mackenzie Davis) is sent from the future to protect a young woman named Dani Ramos (Natalia Reyes) from a Terminator known as the Rev-9 (Gabriel Luna). They are later joined by Hamilton's iconic character Sarah Connor, who has evolved from the charming youth in "The Terminator" (1984) and the fierce warrior from "Terminator 2: Judgment Day" (1991) into a grizzled, bitter alcoholic ... but one who is still by far the most impressive hero in the film. Eventually they meet a seemingly reformed Terminator who calls himself Carl (Arnold Schwarzenegger), with Connor's one-liner response to that name bringing about audible laughter at the screening I attended.

It's important to realize that the key ingredients of any "Terminator" movie are (a) the special effects and overall aesthetic, (b) the action sequences, (c) the philosophical themes and commentary about the dangers of technology, and (d) the characters and their various conflicts. (I break down how the other movies stack up in this retrospective piece.) In "Terminator: Dark Fate," the special effects are sturdy and convincing, utilizing CGI sparingly and making even the more fantastical elements look like real three-dimensional objects. While this installment lacks the tech noir ambiance of the first film or the revolutionary special effects of the second, its overall look is impressive nonetheless. The action sequences are also top notch, with director Tim Miller (who last helmed 2016's "Deadpool") deftly choreographing the more complicated scenes in a way that never becomes confusing or nausea-inducing (a pitfall of many modern action movies, especially when they utilize shaky cam).

It is in the last two categories — intelligence of story and character development — that the movie wobbles, although it doesn't entirely topple over. The beauty of "Terminator 2: Judgment Day" was that, when watched back-to-back with the first film, it became an intriguing parable about whether we shape our fate through free will or are doomed to a deterministic universe. While the first movie took the deterministic route almost by default — the main character had to survive because she was destined to give birth to an important leader who would lead mankind in defeating an evil artificial intelligence known as Skynet that took over the world — the second allowed a number of characters to exercise free will in ways that ultimately changed that supposedly inevitable future. For any sequel to occur after "Terminator 2: Judgment Day," of course, the installment needs to erase that existentially triumphant conclusion and return to a universe in which the machine-caused apocalypse still transpires. That, in turn, should require the filmmakers to disavow the second film's pro-free will message . . . but, invariably, they try to have their cake and eat it too.

In the case of "Terminator: Dark Fate" it does this by having a different company create the malevolent computer network that ultimately destroys the planet, but since it makes no difference in terms of what happens with the Terminators or mankind's future more generally, this comes across as a lazy and meaningless distinction. When the characters talk about how the future is what you make, they are speaking against the logic of the plot rather than organically from it. As for any kind of social commentary about the dangers of mankind's over-reliance on technology, the movie devotes little time to exploring them, instead addressing the subject through occasional throwaway lines about machines taking away jobs or the stupidity of the military industrial complex.

The new characters are equally underdeveloped. The strength of the first two movies was that they had the patience to let us get to know Sarah Connor, Kyle Reese (Michael Biehn), John Connor (Edward Furlong) and the one sympathetic Terminator (Schwarzenegger). They felt like individuals with lives and personalities separate from the story, and as a result, we became emotionally invested in what happened to them. In contrast, Grace and Dani are generic action movie archetypes: The soldier and the innocent future prophet. There are other side characters that feel completely superfluous, showing up and seeming poised for development before being suddenly dispatched and rendered irrelevant. The story is in such a rush to get its characters to the action bits that we barely get to know them, and as such spend our time waiting for Schwarzenegger and Hamilton to return.