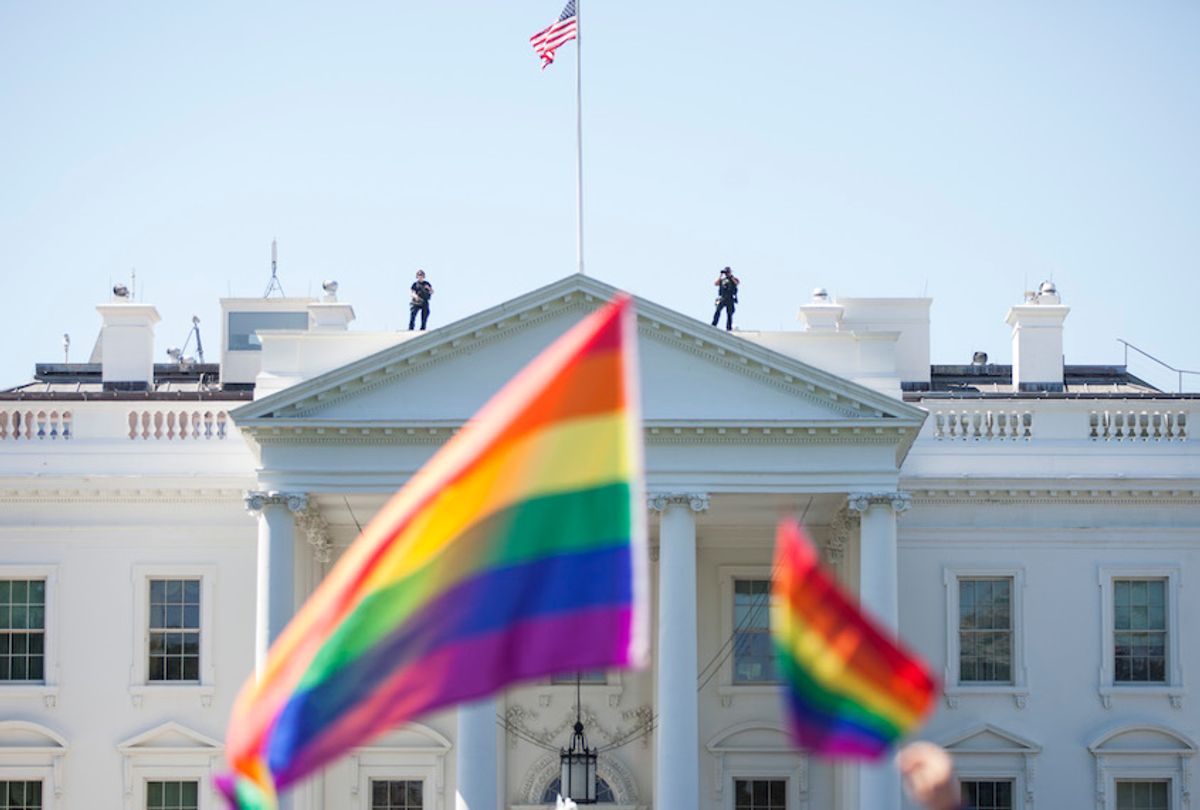 From taxpayer-funded foster care and adoption agencies to programs that serve individuals struggling with substance abuse and youth homelessness, grantees of the Department of Health and Human Services got a green light from the Trump administration Friday to discriminate against LGBTQ people.

HHS awards hundreds of billions of dollars in grants annually. The department claimed that the proposed rule (pdf), which took effect immediately, "would better align its grants regulations with federal statutes, eliminating regulatory burden, including burden on the free exercise of religion."

Critics of the administration's ongoing assault on LGBTQ rights, meanwhile, raised concerns about the rule's consequences. On Twitter, the advocacy group Lambda Legal called the administration's move "reprehensible" and warned that "the impact of this rule is enormous."

"This is a remarkable instance of the Trump administration's flagrant disregard for both the regulatory process and the law," Lambda Legal noted. "They announced they simply won't follow the nondiscrimination protections on the books — effectively evading the rulemaking process altogether."

Mara Keisling, executive director of the National Center for Transgender Equality, said in a statement that "this rule is an abuse of taxpayer dollars in the name of empowering hatred and bigotry towards society's most vulnerable members."

"Stigma and prejudice are fueling a public health crisis among transgender people across the country, one that manifests itself as suicide, addiction, intimate partner violence, and HIV," Keisling said. "Enabling providers of life-saving services to worsen these crises by rejecting transgender people is a moral crime and a severe abdication of HHS's mission to preserve public health."

The ACLU also condemned the rule in a series of tweets.

Noting that the rule "would allow taxpayer-funded child welfare agencies to turn away foster parents because they are LGBTQ or otherwise fail to meet a religious litmus test," the ACLU declared that "religious liberty is not a license to discriminate" and "the needs of children in our foster care system must come first."

That sentiment was echoed by the nonprofit Family Equality and members of the Every Child Deserves a Family Campaign, who issued a joint statement Friday "unequivocally" condemning the rule and warning of its negative impact on children.

"This action harms America's foster children, particularly the 123,000 waiting for adoption," said Family Equality chief policy officer Denise Brogan-Kator. "Less than half of these children will find their forever families within a year, yet the administration is acting to make even fewer families available."

Brogan-Kator added that "changing federal nondiscrimination rules to allow child-placing agencies to reduce the pool of qualified potential foster and adoptive parents runs counter to the cardinal rule of child welfare: that the best interests of children in care must come first."

Release of the rule on Friday coincides with the beginning of an annual national initiative by the Children's Bureau — which is part of HHS — that aims to "bring attention to the need for permanent families for children and youth in the U.S. foster care system."

Julie Kruse, Family Equality's director of federal policy, said that "it is outrageous that the Trump administration would mark the start of National Adoption Month by announcing a rule to further limit the pool of loving homes available to America's 440,000 foster children."

Although the administration's rule was lauded by right-wing religious groups like the Family Research Council, Kruse pointed out that "the American public overwhelmingly opposes allowing taxpayer-funded adoption and foster care agencies to turn away qualified parents simply because they are in a same-sex relationship."