Making cheese or jam? A USDA program to pay farmers more for their crops faces cuts—again

USDA research shows that the VAPG program supports small farmers and rural development, but its future is uncertain 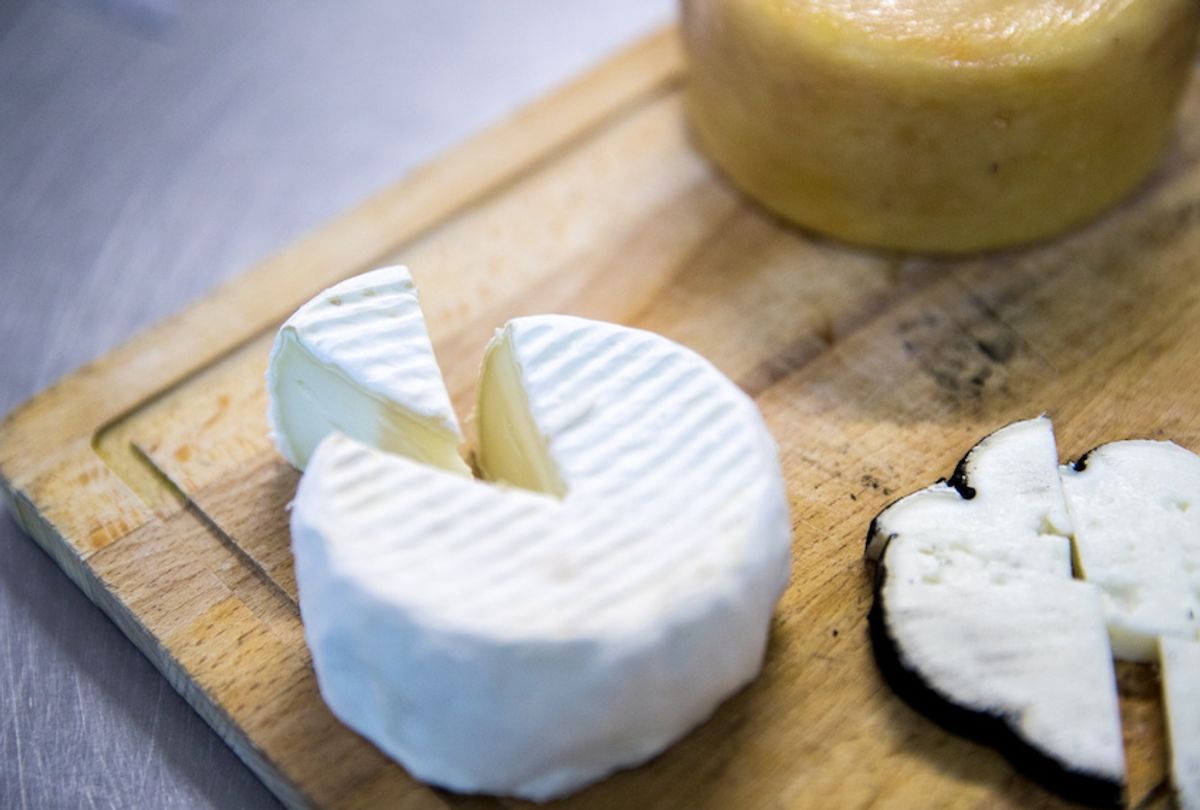 Between 2012 and 2017, New York State lost more than 880 dairy farms, as overproduction and consolidation in the industry made it nearly impossible for small farms to compete. During the same period, Trinity Valley Dairy, a family-owned farm with a herd of just 110 cows, doubled its sales each year.

The nearly 100-year-old operation’s success was fueled partially by lucky timing, said Branden Brown, one of the owners of Trinity Valley, located in Cortland, New York. The family decided to build a processing plant and on-site retail store where they could bottle and sell their own brand of milk just before the downturn hit and dairy co-ops began paying farmers less than what it cost to produce the milk.

The other key factor? The farm received a Value-Added Producer Grant (VAPG) for $192,000 from the U.S. Department of Agriculture (USDA)’s rural development agency help them expand the market for their milk.

“That grant has been astronomical for us,” Brown said. “Frankly, it was critical for our growth. We would have missed opportunities because we couldn’t grow.”

Advocates say that stories like this one — combined with a 2018 USDA Economic Research Service study — show the program is effective.

During the lead-up to the passage of the 2018 Farm Bill, groups such as the National Sustainable Agriculture Coalition (NSAC) and the National Young Farmers Coalition (NYFC) fought to secure mandatory funding for the program that they believed would bolster it for years to come. The push was successful, but now, the Senate is proposing cutting all of the discretionary funding the grants program receives through the agriculture appropriations bill. If that happens, it could result in $8 million less per year going to farmers.

“It’s a curious question as to why we have to continue to fight for this program,” said Wes King, senior policy specialist at NSAC. “It’s the kind of program that’s needed now more than ever, in this age of consolidation and vertical integration, with producers across the country reeling from low commodity prices and the trade war.”

The Value Added Producers Grant program was created in the early 2000s by Senator Chuck Grassley (R-Iowa). As King explains, it was “as an alternative risk management tool … to help producers diversify their operations, capture more of the consumer dollar, and become less dependent on the volatility of commodity markets.” Any size farm can apply, but small- or medium-sized farms (those that gross less than $1,000,000 annually for three years prior to application) get priority for funding, as do beginning farmers and ranchers, veterans, and “socially disadvantaged producers” including Black farmers.

For the past 15 years, it has received both mandatory funding through the farm bill and discretionary funding from the agriculture appropriations process. Between 2014 and 2018, when the 2014 Farm Bill was in place, the program averaged $26 million per year, although that varied annually and ranged from $45 million in 2016 to $15 million in 2017.

Each year, USDA’s rural development agency puts out a call for applications (although the timing and cadence of that application process has historically been extremely unpredictable). Farmers are able to apply for grants for projects that increase the value of what they produce on the farm by allowing them to capture more of the food dollar.

Read more Civil Eats: I’m a Farmer and a Mother. Both Roles Should be Valued More

Many farmers use grants — which can reach up to $250,000 in value — to support on-farm processing projects (like turning milk into cheese or fruit into jam), transition to new systems like organic or grass-fed production, and access local markets. Individual farms, groups of farms, and farmer or rancher coops can apply.

Dave Carter, a bison rancher in Colorado and the executive director of the National Bison Association (NBA), has worked on several VAPGs in the past and said he found them particularly useful for cooperatives and farmer associations working together to build economic value.

One grant he worked on helped the NBA figure out new ways to increase awareness and consumption of American bison meat. “If you think back to ‘03 or ’04, nobody was eating bison. We were running around trying to get anybody to take their first taste of the product,” he said. “We used the grant to identify a target market and go in and do some test marketing. We went to Nashville and did a sort of campaign… getting restaurants to put it on the menu and radio stations to talk about it. Then, we took the lessons we learned and put that info out to our members and marketers.”

In rural Georgia, Donn Cooper owns Cooper Agricultural Services and has helped about a dozen small farms apply for Value-Added Producer Grants since 2014. Whether those farmers were selling organic peanuts, turning sunflower seeds into oil, or turning wheat into beer, Cooper said they have one thing in common: in a landscape that makes staying in business a challenge, they’re all still farming.

“I don’t have economic indicators or data,” he said. “But, the very, very small farms were the first ones I did, and they were able to maintain. That’s a positive. Everybody else has been able to expand or hire additional people for their operations.”

The USDA’s Economic Research Service has real data that supports Cooper’s hunch. In 2018, its researchers compared the survival and growth of VAPG recipients to similar businesses that had not received grants. It found that the grant recipients were 89 percent less likely to fail two years later compared to businesses in the control group. And the bigger the grants, the less likely they were to fail. Recipients also employed an average of five to six more workers (about a 40 percent increase) compared to non-recipients 1 to 5 years after grants were received.

“It really is a significant investment in rural America,” Cooper said. “USDA is looking at your operation and looking at your projections and saying, ‘You know, if we support this particular operation, we know it’s gonna create jobs and economic activity.’”

Several sustainable agriculture groups rallied behind supporting and expanding the VAPG program leading up to the passage of the 2018 Farm Bill. As a result, the program was combined with the Farmers Market and Local Food Promotion Program into a new program called the Local Agriculture Market Program (LAMP), with the understanding that the larger program would more broadly support small- and mid-size farms and local food systems. Combining the two also meant the new program received $50 million per year in mandatory funding, $17.5 million of which would go to VAPG.

Advocates assumed the $17.5 million would be bolstered by the discretionary funding granted during appropriations, as it always had been in the past. But now, the future of that funding is unclear.

The House version of the 2020 agricultural appropriations bill includes $15 million in discretionary funding, but the Senate version includes $0. The two chambers of Congress have not progressed on reconciling differences in the bills, however, and a resolution was passed to extend negotiations until November 21.

A spokesperson for Senator John Hoeven (R-North Dakota), the chair of the Senate agriculture appropriations committee, told Civil Eats that, “The 2018 Farm Bill provided $17.5 million in mandatory funding for Value-Added Producer Grants to provide certainty regarding funding for value-added products, which is why the program did not receive discretionary funding this year.”

But NSAC’s Wes King doesn’t buy that logic. He pointed out that mandatory funding hasn’t stopped the grants from receiving discretionary funding for the past 15 years.

Meanwhile, Senator Jeff Merkley (D-Oregon), the ranking member of the Senate’s agriculture appropriations committee, sent Civil Eats a statement that seemed to indicate he is on board with the House’s version of the bill, not the draft from his own chamber.

“Senator Merkley . . . strongly supports the VAPG program and fought to ensure that it was included as a mandatory program in the 2018 Farm Bill,” the statement notes. “He looks forward to working with his colleagues on both sides of the Capitol to negotiate a final package that ensures robust funding for VAPG and other programs that support agricultural producers of all sizes.”

Sustainable agriculture policy advocates — and farmers — will have to wait to see what transpires. “It’s unfortunate,” Cooper said. “I see that this makes small businesses successful. It’s kind of frustrating, especially where we are right now with the economies of rural America, not to see the benefits.”