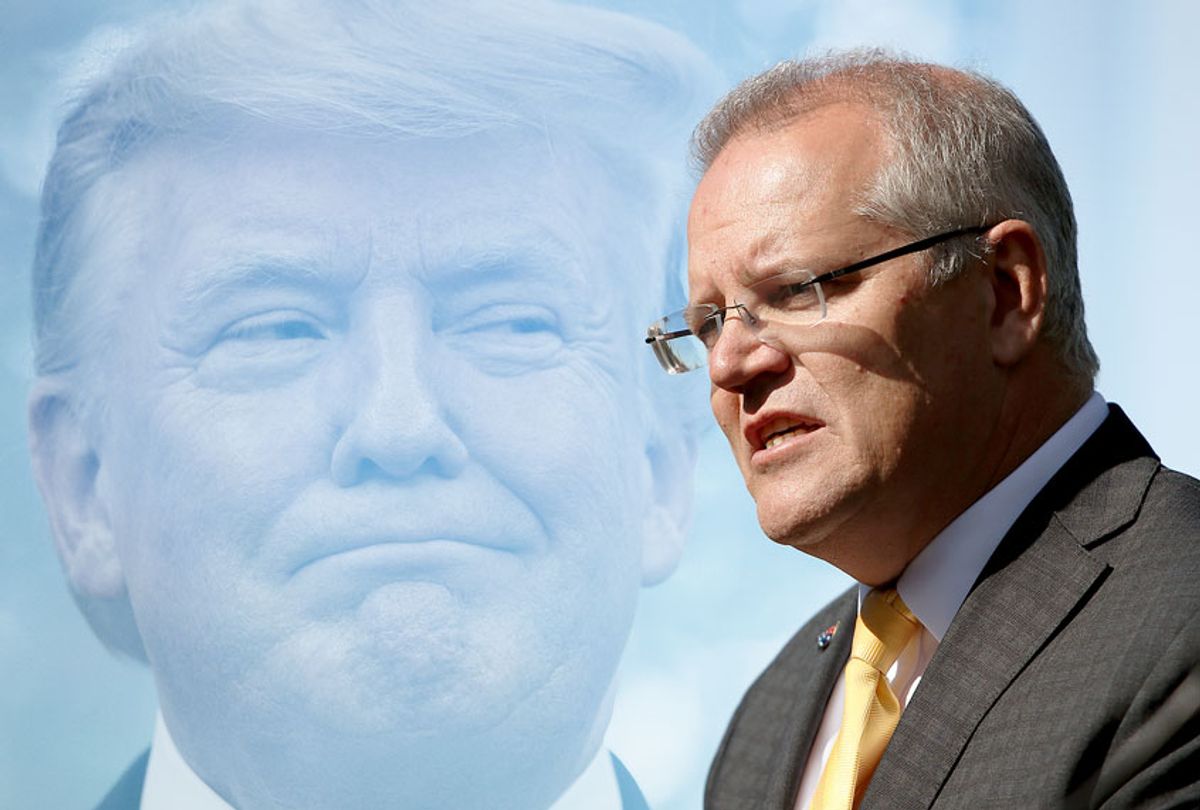 Australian Prime Minister Scott Morrison attacked environmental activists in a speech Friday, warning of a “new breed of radical activism” that was “apocalyptic in tone” and pledging to outlaw boycott campaigns that he argued could hurt the country’s mining industry.

“We are working to identify mechanisms that can successfully outlaw these indulgent and selfish practices that threaten the livelihoods of fellow Australians, especially in rural and regional areas,” Morrison said. “New threats to the future of the resources sector have emerged,” he said. “A new breed of radical activism is on the march. Apocalyptic in tone. It brooks no compromise. It’s all or nothing.”

Morrison claimed that “progressivism” — which he labeled a “new-speak type term,” invoking George Orwell — intends “to get in under the radar, but at its heart would deny the liberties of Australians.”

The remarks were made  in a speech to the Queensland Resources Council, an organization representing mining interests in the northeastern Australian state. The Human Rights Law Center, the Australian Conservation Foundation, and the Greens immediately attacked the proposal as undemocratic and an attempt to undermine people’s rights to protest, often at the behest of big corporations.

“From ending slavery to stopping apartheid, boycott campaigns have played a critical role in achieving many social advances that we now take for granted,” Hugh de Kretser, executive director of the Human Rights Law Center, said in a statement. “The Morrison Government’s announcement that it is looking to ban certain boycott campaigns is deeply concerning.”

“Protest is an essential part of our democracy. To protect our democracy and help ensure a better future for all Australians, governments should be strengthening our rights to come together and protest, not weakening them,” said de Kretser.

Green party leader Adam Bandt called Morrison “a direct threat to Australian democracy and freedom of speech. The prime minister’s commitment to outlaw the peaceful, legal protest of Australian individuals and community groups reads like a move straight from the totalitarian’s playbook,” he said. “Instead of getting tough on the climate crisis, Scott Morrison is dismantling democracy.”

Morrison is an evangelical Christian and a very vocal supporter of President Trump.