Astronomers think the universe is a sphere. Here's why that claim is so controversial

If true, it is possible that the universe will end with a Big Crunch in which it contracts to a single point 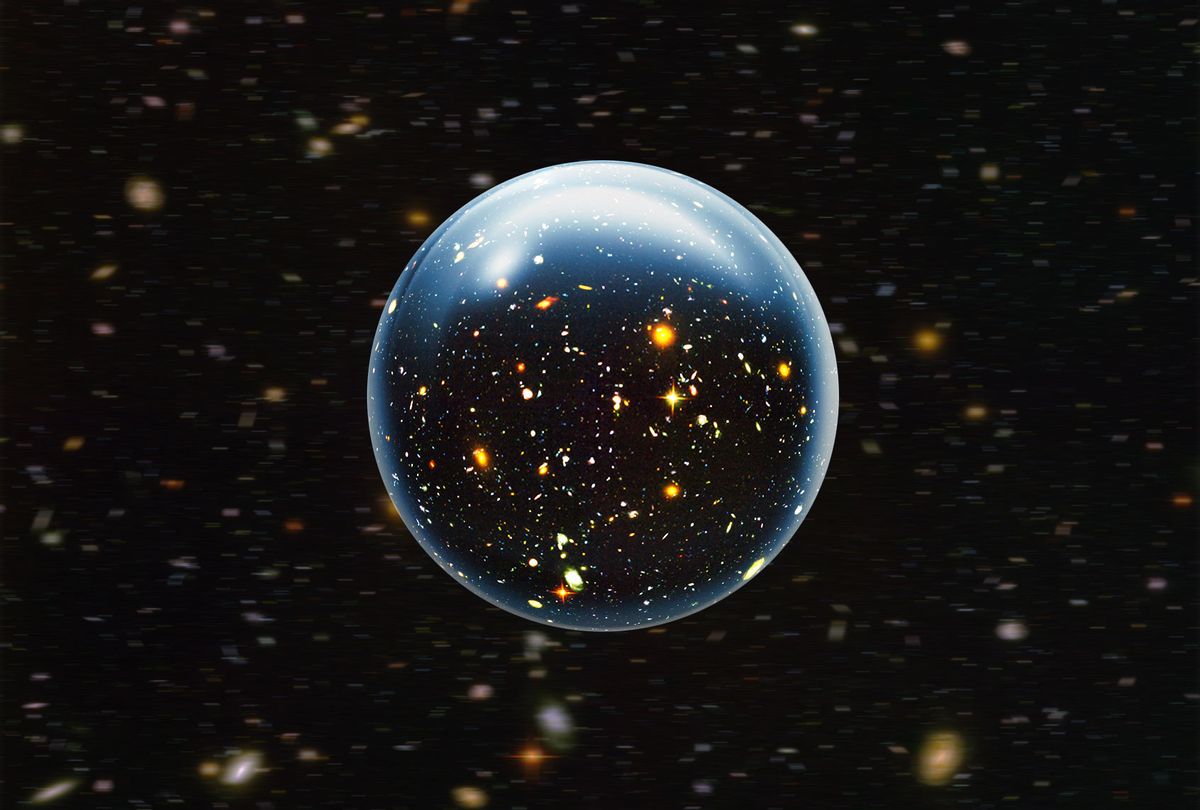 For a long time, people argued over whether the Earth was flat. While a few people still do, a more consequential version of this debate has moved on to the universe. With the publication of a new astrophysics study, there are now camps of "flat universe-ers" and "circle universe-ers" within the realm of physics; though notably, in this context, a "flat" universe isn't quite analogous to a flat Earth.

According to a new study published in the journal Nature Astronomy, data from the cosmic microwave background radiation (CMB) left over from the Big Bang and observed by the Planck space observatory, suggests the universe might be "curved," akin to an expanding balloon, rather than flat. Another consequence of this study is that it suggests the universe is closed, contradicting years of conventional wisdom and previous studies.

In a flat universe, one might leave Earth at a high speed and never return to where one started; but in a closed, curved universe, a particle leaving Earth and moving in a straight line would, eventually, return to where it started.

"We show that since the Planck power spectra prefer a closed Universe, discordances higher than generally estimated arise for most of the local cosmological observables, including baryon acoustic oscillations," the authors state in the study. "The assumption of a flat Universe could therefore mask a cosmological crisis where disparate observed properties of the Universe appear to be mutually inconsistent."

If this is correct, the so-called curve is likely a gentle one, according to the study. Yet, as mentioned above, this means that if you were to travel beyond our galaxy, in a straight line, you'd eventually end up right back where you started.

According to the theory of General Relativity, mass curves spacetime. As a result, the overall mass of the universe determines its shape. Indeed, scientists have been known to calculate the "critical density" of the universe, which is proportional to the square of the Hubble constant, a variable used in estimating the size, age and expansion rate of the universe. If the actual density of the universe is less than the critical density, it is predicted that the universe will forever expand, as there isn't enough matter to stop it. This creates a flat, and open, universe.

Yet if the density of the universe is more than the critical density, then that means it has enough mass to stop expanding, which is what the latest study using Planck data is suggesting.

A closed universe could end consequentially with a scenario known as the "Big Crunch" — the opposite of a Big Bang, in a sense, and a state in which the universe contracts until it is compressed again to a single energetic point.

Researchers came to the conclusion because they noticed a discrepancy between the concentration of dark matter, dark energy and outward expansion of the universe when looking at data from the Planck observatory. A surfeit of gravitational lensing events — caused by massive objects bending light — exceeded what was expected, and was affecting the cosmic microwave background radiation, according to the study.

"A closed Universe can provide a physical explanation for this effect, with the Planck cosmic microwave background spectra now preferring a positive curvature at more than the 99% confidence level," the study states.

Researchers noted that "future measurements are needed to clarify whether the observed discordances are due to undetected systematics, or to new physics or simply are a statistical fluctuation."

There is also another new paper that suggests the discrepancy is a statistical fluke, but it hasn't been peer-reviewed yet.

Since it is an anomaly in the data of the CMB — the leftover electromagnetic radiation from the early universe — experts in the field are taking note.

"The result is intriguing, but only of borderline statistical significance to be believed. There are several independent lines of evidence that suggest the Universe is flat, and that this claim is a statistical fluke or a misinterpretation of the data," Avi Loeb, chair of Harvard's astronomy department, told Salon via email.

Loeb added if future data agrees with this conclusion, "it would be of extraordinary importance for our understanding of how [the universe] started."

"The standard inflation scenario predicts a nearly zero curvature, thousands of times lower than the inferred value," Loeb said. "We will have to understand why our universe looks so different."