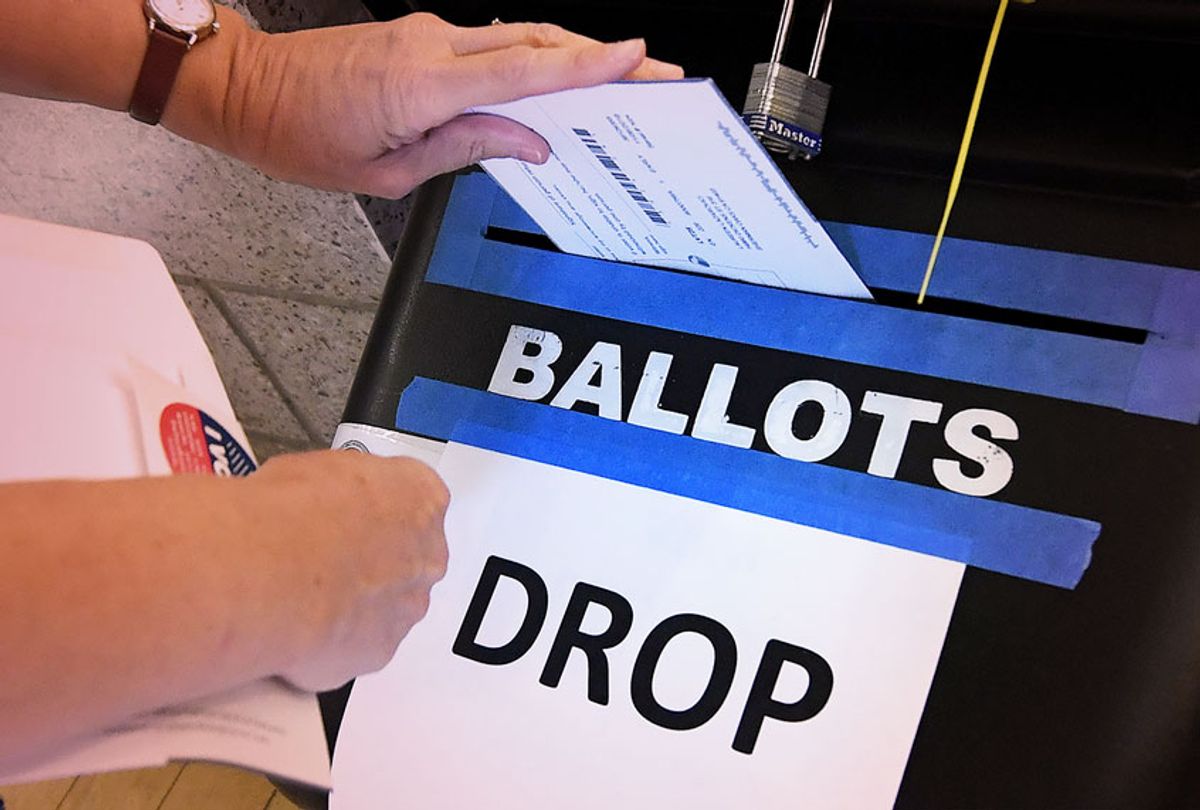 Two Ohio Republicans have been charged with distributing phony sample ballots that investigators say were designed to trick voters.

Robert Landon, a Republican candidate in the Marion City auditor race, and John Matthews, a former Marion County Republican Party official, were both charged in the election fraud scheme, according to WSXY.

Landon admitted to distributing the phony ballots while Matthews produced them, the office of the Marion City law director told the outlet. Landon is also facing a second charge of imitating the board of directors, WSXY’s Ben Garbarek reported.

Preliminary results show that Landon won the race to become Marion City auditor with 53 percent of the vote, according to WSXY.

Under Ohio law, the charges come with a penalty of up to six months in jail and a fine up to $1,000.

The bottom of the document said, "paid by the Marion County Republican Party."

Matthews’ charge comes a year after the conclusion of his probation in another case. He pleaded guilty to theft in office in 2017 after he was charged with doing political work while supposedly working as the director of claims support for the Ohio Industrial Commission, which paid him more than $106,000 per year, The Columbus Dispatch reported.

Matthews was charged after investigators received a tip that he spent his workday at the commission “sleeping and fundraising” for then-Gov. John Kasich’s presidential campaign.

Investigators found that Matthews exchanged more than 500 calls and 1,200 text messages related to Republican politics during work hours. Matthews was fired and sentenced to probation, though he faced 30 months in prison.

As a result of the charge, Matthews lost his spot as a delegate for Kasich at the 2016 Republican National Convention in Cleveland. He was also forced to vacate his seat on the state Republican Party’s governing body and step down as chairman of the county Republican Party.

Despite the conviction, the county GOP came to Matthews’ defense when he re-emerged in politics as a volunteer for another candidate last year.

"He was the chair of the party for close to 12 years. He's learned a great deal in that," Marion County Republican Party chair Robert Schultz told the Marion Star in 2018. "I don't think what he did disqualifies him.”

"I think it is a tremendous misjustice [sic] and it damages this community again dealing with politics, and it always seems to start with the Democrats," Schultz told the Marion Star, calling the timing of the charges “despicable.”

He did not comment on the actual charges against Matthews.

The charges sparked many barbed comments about President Trump’s baseless allegations of voter fraud aimed at Democrats. Earlier this year, a longtime Republican operative was charged with an election fraud scheme that invalidated the entire 2018 election in North Carolina’s 9th congressional district.

“For all the lies we've heard from [Trump] about voter fraud,” wrote Kurt Bardella, a former longtime Republican House aide who recently quit the party, “he has yet to say a word about Republican-voter fraud in OH or in NC.”