A recent analysis found that most research mischaracterizes the relationship between music and skills enhancement. 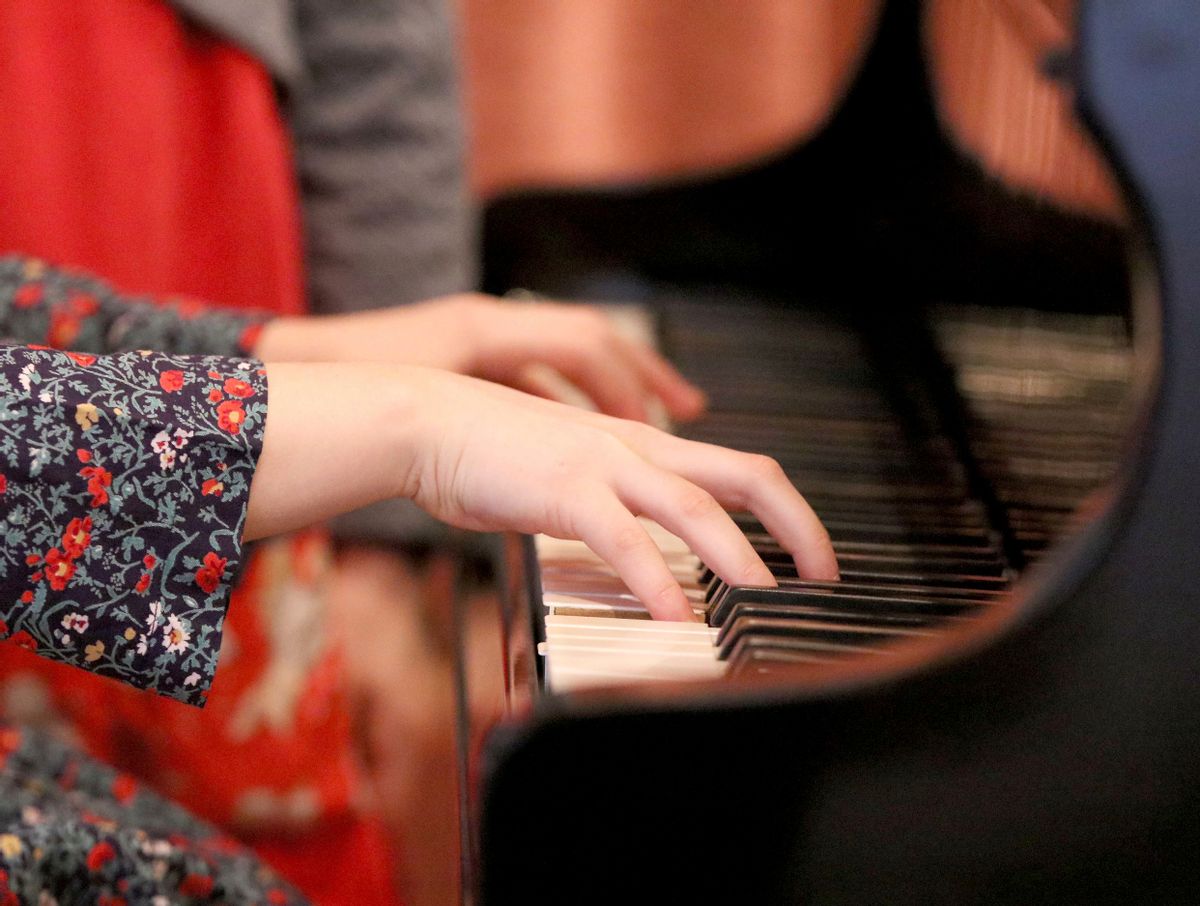 In 2004, a paper appeared in the journal Psychological Science, titled “Music Lessons Enhance IQ.” The author, composer and University of Toronto Mississauga psychologist Glenn Schellenberg, had conducted an experiment with 144 children randomly assigned to four groups: one learned the keyboard for a year, one took singing lessons, one joined an acting class, and a control group had no extracurricular training. The IQ of the children in the two musical groups rose by an average of seven points in the course of a year; those in the other two groups gained an average of 4.3 points.

Schellenberg had long been skeptical of the science underpinning claims that music education enhances children’s abstract reasoning, math, or language skills. If children who play the piano are smarter, he says, it doesn’t necessarily mean they are smarter because they play the piano. It could be that the youngsters who play the piano also happen to be more ambitious or better at focusing on a task. Correlation, after all, does not prove causation.

The 2004 paper was specifically designed to address those concerns. And as a passionate musician, Schellenberg was delighted when he turned up credible evidence that music has transfer effects on general intelligence. But nearly a decade later, in 2013, the Education Endowment Foundation funded a bigger study with more than 900 students. That study failed to corroborate Schellenberg’s findings, finding no evidence that music lessons improved math and literacy skills.

Schellenberg took that news in stride while continuing to cast a skeptical eye on the research in his field. Recently, he decided to formally investigate just how often his fellow researchers in psychology and neuroscience make what he believes are erroneous — or at least premature — causal connections between music and intelligence. His results, published in May, suggest that many of his peers do just that.

To pinpoint precisely how music lessons change the brain over time, scientists would ideally assign children randomly to different groups, as Schellenberg did in his 2004 study, only over a longer period of time. One group of children might be assigned to take piano lessons for years, while the other group would receive no music education at all. Because this is generally not possible to do for the sake of a psychological experiment, many researchers rely on studies where they compare children who already take lessons to those who don’t, correcting for variables such as socioeconomic status. But even with this correction, such studies can only find correlation; they cannot prove causation.

For his recent study, Schellenberg asked two research assistants to look for correlational studies on the effects of music education. They found a total of 114 papers published since 2000. To assess whether the authors claimed any causation, researchers then looked for telltale verbs in each paper’s title and abstract, verbs like “enhance,” “promote,“ “facilitate,” and “strengthen.” The papers were categorized as neuroscience if the study employed an electroencephalogram or a brain imaging method like magnetic resonance, or if the study appeared in a journal that had “brain,” “neuroscience,” or a related term in its title. Otherwise the papers were categorized as psychology. Schellenberg didn’t tell his assistants what exactly he was trying to prove.

After tallying their assessments, Schellenberg concluded that the majority of the articles fallaciously claimed that music training had a causal effect. The overselling, he also found, was more prevalent among neuroscience studies, three quarters of which mischaracterized a mere association between music training and skills enhancement as a cause-and-effect relationship. This may come as a surprise to some. Psychologists have been battling charges that they don’t do “real” science for some time — in large part because many findings from classic experiments have proved unreproducible. Neuroscientists, on the other hand, armed with brain scans and EEGs, have not been subject to the same degree of critique.

“I have never thought that flute lessons make you better at solving differential equations,” said Lutz Jäncke, a neuropsychologist from the University of Zurich in Switzerland who praised Schellenberg’s new study. “His criticism is justified."

Not everyone agrees. “Most neuroscientists are not quite as stupid as Glenn seems to think they are,” wrote Robert Zatorre, a neuroscientist at McGill University in Montreal and an authority on the science of music and the brain, in an email to Undark. He added that “just looking to see whether a publication uses causal language decontextualizes the way that an author may have nuanced or interpreted their findings.”

In other words: the authors might write a catchy headline or abstract, but use more cautionary language in the fine print of their articles. (Schellenberg pointed out that those are the elements of an article that other scientists read first, sometimes exclusively.)

Zatorre compared Schellenberg’s view to that of “climate change deniers who say that there is no need to worry about greenhouse gases changing the climate” because our knowledge of climate change is “based entirely on correlational evidence.”

Still, to argue for a cause-and-effect relationship, scientists must attempt to explain why and how a connection could occur. When it comes to transfer effects of music, scientists frequently point to brain plasticity — the fact that the brain changes according to how we use it. When a child learns to play the violin, for example, several studies have shown that the brain region responsible for the fine motor skills of the left hand’s fingers is likely to grow. And many experiments have shown that musical training improves certain hearing capabilities, like filtering voices from background noise or distinguishing the difference between the consonants ‘b’ and ‘g’.

But Schellenberg remains highly critical of how the concept of plasticity has been applied in his field. “Plasticity has become an industry of its own,” he wrote in his May paper. Practice does change the brain, he allows, but what is questionable is the assertion that these changes affect other brain regions, such as those responsible for spatial reasoning or math problems.

Jäncke agrees. “Most of these studies don’t allow for causal inferences,” he said. For over two decades, Jäncke has researched the effects of music lessons, and like Schellenberg, he believes that the only way to truly understand their effects is to run longitudinal studies. In such studies, researchers would need to follow groups of children with and without music lessons over a long period of time — even if the assignments are not completely random. Then they could compare outcomes for each group.

Some researchers are starting to do just that. The neuroscientist Peter Schneider from Heidelberg University in Germany, for example, has been following a group of children for ten years now. Some of them were handed musical instruments and given lessons through a school-based program in the Ruhr region of Germany called Jedem Kind ein Instrument, or "an instrument for every child," which was carried out with government funding. Among these children, Schneider has found that the those who were enthusiastic about music and who practiced voluntarily showed improvements in hearing ability, as well as in more general competencies, such as the ability to concentrate.

To establish whether effects such as improved concentration are caused by music participation itself, and not by investing time in an extracurricular activity of any kind, Assal Habibi, a psychology professor at the University of Southern California, is conducting a five-year longitudinal study with children from low-income communities in Los Angeles. The youngsters fall into three groups: those who take after-school music, those who do after-school sports, and those with no structured after-school program at all. After two years, Habibi and her colleagues reported seeing structural changes in the brains of the musically trained children, both locally and in the pathways connecting different parts of the brain.

That may seem compelling, but Habibi’s children were not selected randomly. Did the children who were drawn to music perhaps have something in them from the start that made them different but eluded the brain scanners? “As somebody who started taking piano lessons at the age of five and got up every morning at seven to practice, that experience changed me and made me part of who I am today,” Schellenberg said. “The question is whether those kinds of experiences do so systematically across individuals and create exactly the same changes. And I think that is that huge leap of faith.”

Did he have a hidden talent that others didn’t have? Or more endurance than his peers?

“Neuroscientists, they go, ‘Personality? That’s not my issue,’” Schellenberg said. But personality has to be instantiated in the brain, he argued: “It's not in the knee!” When researchers compare two groups of people, they always try to account for pre-existing differences, but if they don’t know where talent or endurance are located in the brain, they might miss them.

Music researchers tend, like Schellenberg, to be musicians themselves, and as he noted in his recent paper, “the idea of positive cognitive and neural side effects from music training (and other pleasurable activities) is inherently appealing.” He also admits that if he had children of his own, he would encourage them to take music lessons and go to university. “I would think that it makes them better people, more critical, just wiser in general,” he said.

But those convictions should be checked at the entrance to the lab, he added. Otherwise, the work becomes religion or faith. “You have to let go of your faith if you want to be a scientist.”

Christoph Droesser is a freelance journalist based in San Francisco. He was a longtime science editor of the German weekly “Die Zeit,” and has published a book (in German) on music and the brain. Over 25 years ago, he was a Knight Science Journalism Fellow at MIT.