The Rolling Stones' "Let It Bleed" at 50: An even darker "Gimme Shelter" emerges

On the new deluxe anniversary edition of "Let It Bleed," remastering also gives their lesser classics a new shine 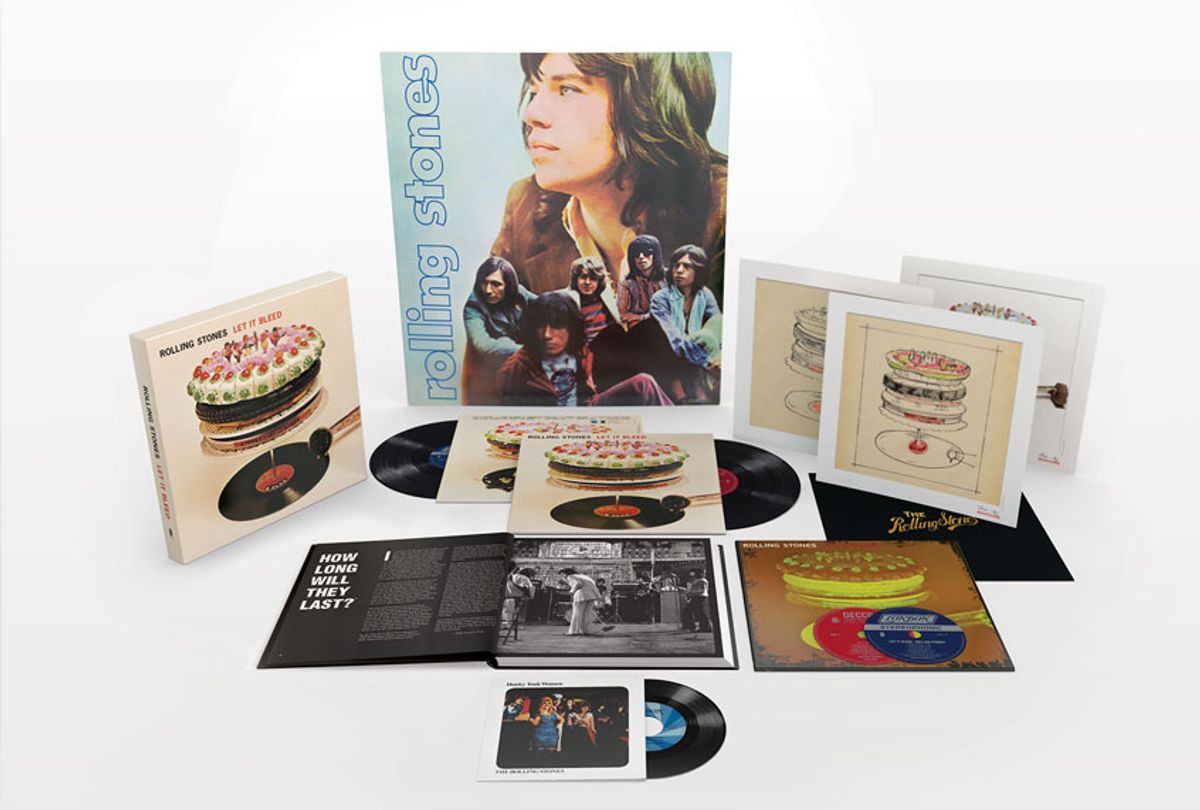 After disparaging their self-produced 1967 album "Their Satanic Majesties Request" as a work of utter “nonsense,” the Rolling Stones turned to American sound man Jimmy Miller to set things right. And did he ever. Over the next several years, Miller produced a quintet of the band’s finest albums, ranging from "Beggars Banquet" (1968) and "Let It Bleed" (1969) through "Sticky Fingers" (1971), "Exile on Main St." (1972), and "Goats Head Soup" (1973).

In many ways, Miller’s extended collaboration with the Stones marks the pinnacle of their album-length recordings. Not surprisingly, these same records find the band making their finest contributions to the form. With the exception perhaps of "Goats Head Soup," any one of the Miller-produced Stones albums could easily vie to be the group’s prevailing masterwork.

Slated for release this on November 15 in a 50th-anniversary remastered edition, "Let It Bleed" may (pun intended, given the LP’s surrealistic cover art) take the cake. The deluxe version of the original mono and stereo recordings features a spate of goodies, including a set of lithographs, a commemorative book, and unpublished photos by Ethan Russell, the Stones’ tour photographer.

But the real star—as always, when it comes to these types of affairs—is the music. And in this regard, "Let It Bleed" doesn’t disappoint. Painstakingly remastered by Bob Ludwig, the album sounds as fresh and potent as ever. If anything, Ludwig’s efforts have paid off in terms of capturing the original record’s bizarre admixture of hyper-sexualized terror, ersatz-gospel, and terrifying lament.

Originally released in December 1969, "Let It Bleed" explodes into being with “Gimme Shelter.” Then, as now, the record is anchored by the fearsome sense of dread inherent in the song’s lyrics and even more chilling, cautionary music. In the remastered version of the song, “Gimme Shelter” takes on even darker hues, with Merry Clayton’s soaring backing vocals merging with Mick Jagger’s lead in perfect, panic-inducing unison.

For many listeners—in particular, esteemed rock critic Greil Marcus—“Gimme Shelter” already exists as the Stones’ finest moment, although to my ears, Beggars Banquet’s “Sympathy for the Devil” can’t be lagging too far behind. But with the remastered "Let It Bleed," it’s the lesser classics that really come alive under Ludwig’s tutelage. Take “Monkey Man,” with its madcap rock ‘n’ roll gusto or “Midnight Rambler,” Jagger’s fright-provoking retelling of the Boston Strangler’s “silk-stalking” spree murders.

As with other recent remastered editions and remixes associated with rock’s legacy acts, "Let It Bleed" benefits from contemporary audio technology’s capacity for expanding the sound palette and affording half-century old tracks with greater sonic separation and definition. When it comes to "Let It Bleed," there is no better candidate for studio enhancement than the Stones’ epic masterwork “You Can’t Always Get What You Want.”

Intentionally composed by Jagger and Keith Richards as a grandiose rejoinder to the Beatles’ “Hey Jude,” “You Can’t Always Get What You Want” took on a life of its own in the studio. In Ludwig’s able hands, the song feels even more expansive, more symphonic—from its plaintive choral preface and Al Kooper’s horn solo through Jagger’s hep-cat vocals and the gospel outro.

While rock music consumers might understandably be overwhelmed by the sheer number of deluxe editions and box sets flooding the market over the past several years, the price of admission when it comes to LPs like the Stones’ "Let It Bleed" is more than justified by the audible results inherent in “You Can’t Always Get What You Want.” With Ludwig’s superb rendering, you get exactly what you need.