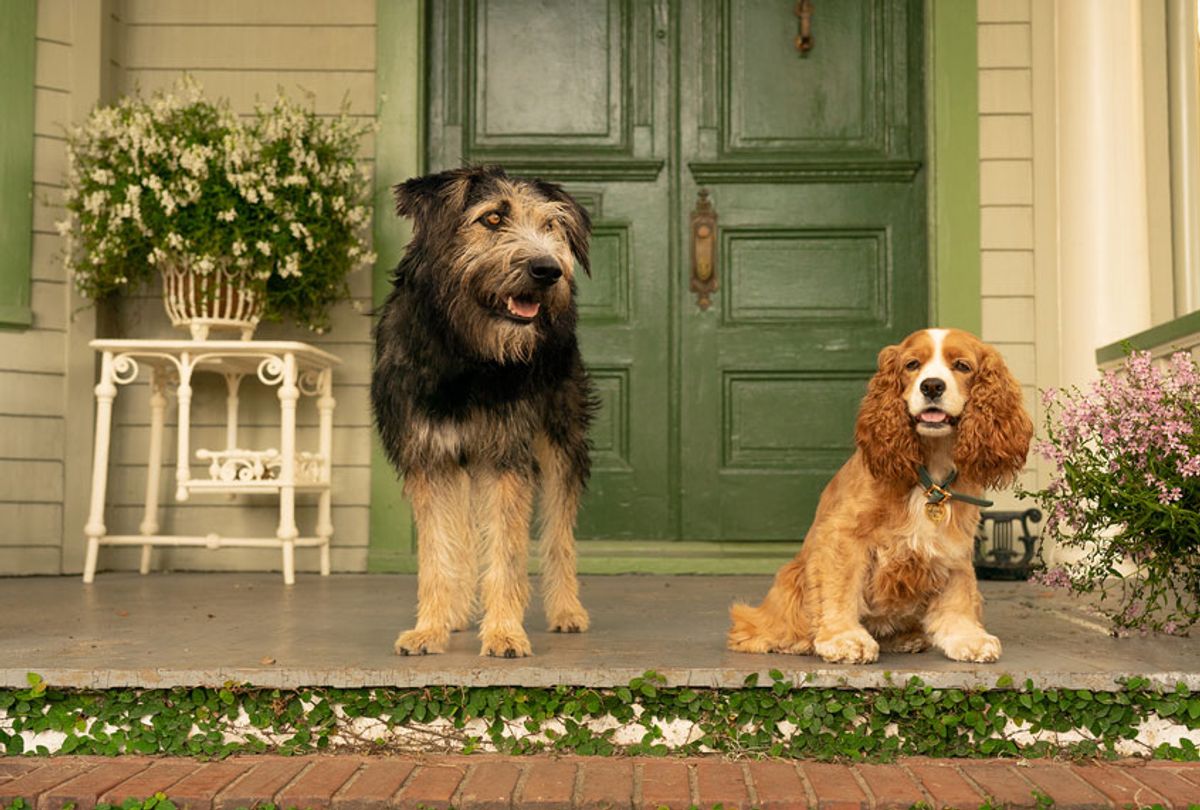 Watching Disney’s live-action remake of “Lady and the Tramp” bears the familiar feeling of settling — sinking into a spot that is uncomfortably comfortable with the full, conscious knowledge that you could be spending your time better. Released as part of the launch of the studio’s streaming content platform Disney+, it’s obviously a product born of pure commercial opportunity, one that is resoundingly adequate.

This version of the film follows the same basic plot as its 1955 predecessor. Lady, a cocker spaniel puppy, (Tessa Thompson) is adopted by a loving human couple (Kiersey Clemons and Thomas Mann) who spoil her. Meanwhile, Tramp (Justin Theroux) is a stray mutt who relies on his wits to survive. But when Lady’s owners have a baby of their own, she loses her well-established furbaby status. After some chaos at home, she ends up on the streets and finds a faithful friend in Tramp.

Predictably, the two fall in love, going on to share that iconic plate of spaghetti and meatballs.

There are some elements of the movie that are really lovely: the impressively trained central pups (they are, in the shared parlance of all dog owners, very good boys and girls), the Savannah setting, Janelle Monae’s voice-acting, the exclusion of that problematic Siamese Cat song (replaced by another kitty shenanigans ditty).

But unlike the studio’s 2019 “The Lion King” remake which was a near shot-for-shot replication of the 1994 version, the new “Lady and the Tramp,” which is directed by Charlie Bean (“The Lego Ninjago Movie”), is nearly a half hour longer than the original. The extra padding doesn’t do much for the film and only serves to give viewers more time — 103 minutes, to be exact — to consider how odd it looks for real dogs to speak, yell, kiss, and cry using CGI to animate their mouths. Melding the live action with the uncanny valley animation creates an emotional dissonance.

This is a problem that plagued “The Lion King” remake; in trying to give an old story new life through technology, creators lost some of the more poignant elements  and elasticity that animated it in the first place.

This is an age of increasing competition among streaming platforms; Apple TV+ launched just this month with a smattering of subpar original options, which for many won’t be enough to subscribe longterm. If “Lady and the Tramp” is an indication of the future of Disney+ — merely passable content, notably lacking the brand’s storied magic — the platform may find itself in the same position.