Why SpaceX's plan to put 25,000 satellites in orbit is bad news for astronomers 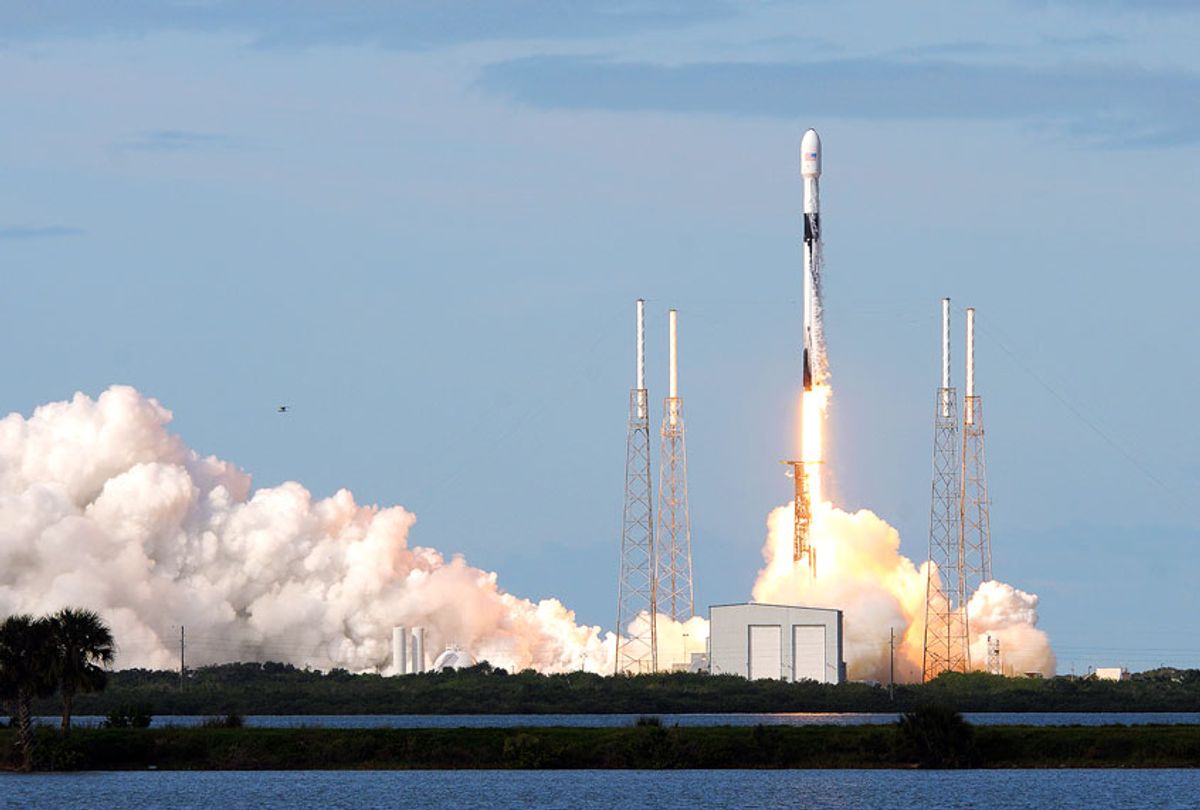 It is a truism that commercialization often comes at a detriment to science. The internet, once an academic and intellectual space free of advertisements, has been transformed into a digital billboard; likewise, the commercialization of radio airwaves has made Earth-based radio astronomy difficult due to interference from Wi-Fi, AM/FM and TV signals. Now, as capitalists are gearing up to commercialize space, astronomers have renewed reason to be upset by an announcement by SpaceX that could make ground-based observational astronomy much more difficult, forcing astronomers to work around the zipping of satellites across the night sky.

The private, Elon Musk–founded company launched one of its reusable rockets from Cape Canaveral on Monday with 60 satellites onboard, as part of the Starlink constellation, which will collectively provide satellite internet around the world, among other uses. The launch was the second payload of a satellite constellation that will eventually be made up of tens of thousands of orbiting transmitters, if all goes as planned. However,  despite the mission being disguised by a humanitarian cause, this week's launch brings forth ongoing worries many in the space science field have about the footprint of so many satellites, like reflected sunlight.

“I am concerned [that] the SpaceX satellite launch marks the beginning of a new era,” Avi Loeb, chair of Harvard's astronomy department, told Salon via email.

In October, Musk announced that his company was requesting permission from the Federal Communications Commission to operate 30,000 satellites, in addition to the 12,000 that have already been approved. As of January 2019, there were about 5,000 satellites in space, 1,950 of which are still functioning. Musk’s satellites would bring the number of satellites around Earth to a state astronomers have never dealt with before.

“They are already requesting 30,000 new satellites beyond the 12,000 that were granted and the number will grow further without any space laws to moderate the growth,” Loeb added. “It is essential to find a technological solution that would minimize the footprint of these satellites on telescope images (or else we will need to always avoid their predictable locations or relocate optical observatories to the Moon).”

While satellites aren’t necessarily a new problem for astronomers, the brightness of the SpaceX-launched satellites are of concern.

“The problem is particularly acute for the Large Synoptic Survey Telescope (LSST) which will survey repeatedly a large fraction of the sky,” Loeb explained. “There is no doubt that it will be addressed in the 2020 Decadal survey of Astronomy which will summarize the priorities of the Astronomy community for the next decade.”

The LSST will rely on a large camera to survey the entire sky once every three nights, at least, to study dark energy, dark matter, and asteroids. The project is set to start in 2022. Since it will survey such a wide field, satellites like the Starlink ones could affect it significantly. Currently LSST researchers are analyzing how 50,000 new satellites,  according to filings by SpaceX, could affect LSST observations. According to Nature,  early findings suggest that the telescope could lose significant amounts of observing time.

The first batch of Starlinks that were launched into space in May have already caused some problems. In September, the European Space Agency (ESA) had to move its Aeolus wind-mapping satellite out of the way of a Starlink satellite to avoid a collision.

“We see it as part of our changing environment,” Stijn Lemmens, a space debris analyst at ESA, told Forbes at the time. “We want to raise awareness in this sense, that there’s quite a bit of work that needs to be done on how to make sure that these type of operations will run smoothly in the future.”

After the first launch, the American Astronomical Society released a statement addressing their concerns, which extended beyond potential collisions and impacted observation times.

“The number of such satellites is projected to grow into the tens of thousands over the next several years, creating the potential for substantial adverse impacts to ground- and space-based astronomy,” the statement read. “These impacts could include significant disruption of optical and near-infrared observations by direct detection of satellites in reflected and emitted light; contamination of radio astronomical observations by electromagnetic radiation in satellite communication bands; and collision with space-based observatories.”

Indeed, those who study space fear these satellites are just the beginning of more technology commercializing space.

“These mega-constellations are just beginning,” Danica Remy, president of b612 told Salon in an emailed statement. “The LEO satellite traffic problem is only going to grow.  At the same time with the growth of communication satellites, like the ones SpaceX launched, humanity is collectively launching many more constellations.”

She added: “They will be able to do things like track methane gas, illegal fishing in the seas, human migration from war and famine, water levels, fires, and fire management and many more things that we are just starting to imagine, develop and deploy.”

Loeb told Salon Monday’s launch is another reminder of a growing conflict between the interest of the business world and science.

“There is a precedence for that situation, namely radio band transmitters used for communication and self-driving cars introduces interference to radio telescopes,” Loeb said. “As a result, there are federal regulations on the frequency bands that can be used for commercial purposes.”

“One can imagine analogous regulations on the number [of] or luminosity of satellites,” he said.