Jeff Van Drew was one of two House Democrats to vote against impeachment inquiry. But why?

New Jersey congressman becomes an outcast in his own party over a single vote. But his concerns are real 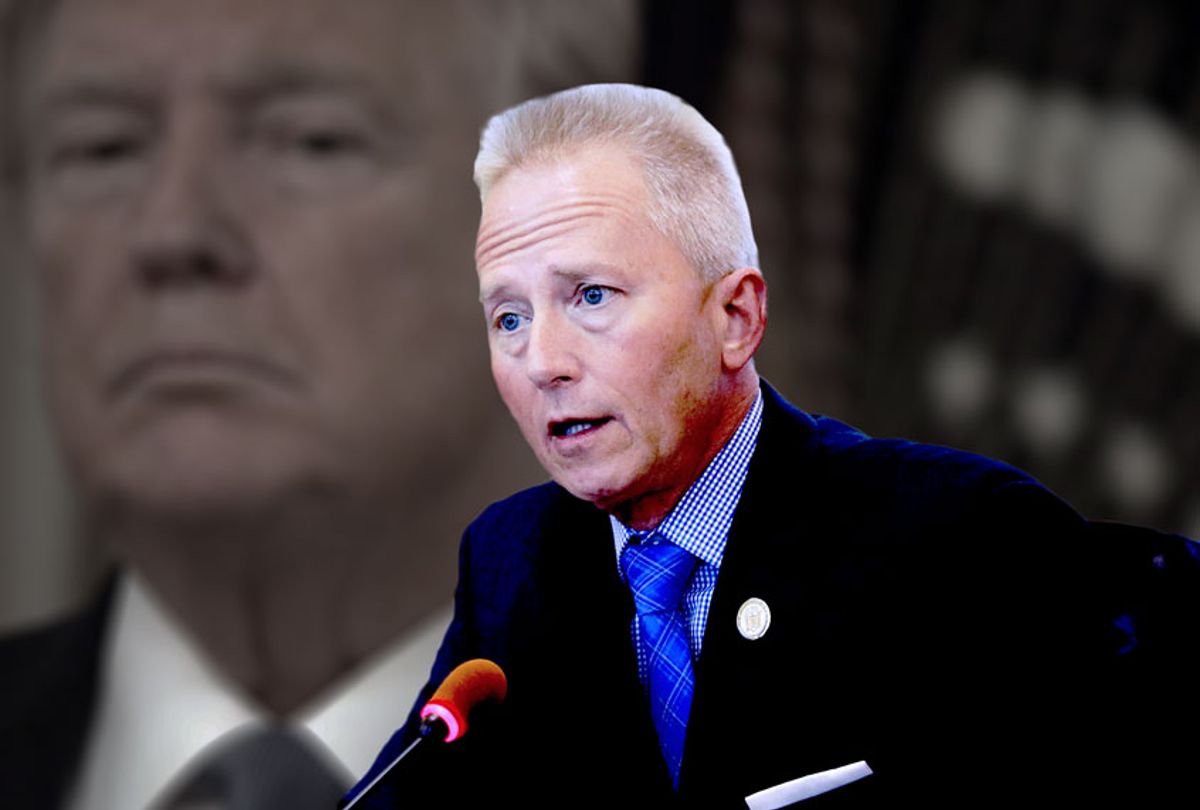 Rep. Jeff Van Drew of New Jersey's 2nd congressional district was one of only two of the 233 Democrats in the House to  oppose Speaker Nancy Pelosi's resolution to advance the impeachment inquiry of President Trump. (The other being Collin Peterson of Minnesota.) That will be the vote most likely to carry his name forward into the footnotes of posterity, long after he’s left this earthly plane.

The South Jersey lawmaker’s “no” vote has made him something of an outcast in his party. But it reflects a pragmatic worldview that Democrats campaigning for the presidency in places like New Hampshire and Iowa would be well advised not to dismiss if they want to prevail in 2020.

“Without bipartisan support I believe this inquiry will further divide the country tearing it apart at the seams and will ultimately fail in the Senate,” wrote Van Drew in a statement.

Van Drew did commit to make “a judgment call [on impeachment] based on all the evidence presented by these investigations” but went on to express the hope that he and his colleagues would still be “able to get some work done to help the American people like infrastructure, veterans' benefits, environmental protections, immigration reform, reducing prescription drug costs and strengthening Social Security.”

Van Drew’s political calculus was informed by the nature of his rural and suburban district, one of only 20 in the country that voted for Barack Obama in 2008 and 2012, and then flipped in 2016, opting for Trump over Hillary Clinton.

The 20 flip districts include three in Iowa and one in New Hampshire. There are also six in New York, with districts from Wisconsin, Illinois, Maine and Nevada, as well as New Jersey’s 3rd district. (There is one district in Pennsylvania that went for John McCain in 2008, Obama in 2012 and then Trump in 2012.)

While there is no doubt that Trump’s machinations have created an atmosphere of chaos and crisis, it's simultaneously true that there is an underreported deterioration at the margins in America, present in districts like Van Drew's that have needed immediate attention for a generation and have yet to get it. Between the prosecution of an endless war abroad, and never-ending partisan bickering at home, whole communities slipped through the cracks.

It’s admittedly a major challenge to hold the president accountable for the Ukraine scandal and so much more while also addressing the serious slide that continues in parts of the country that both parties have historically ignored.

In an overwhelming number of these 20 swing districts, close to 40 percent of the school-age children are entitled to a free or subsidized lunch. While the Federal Reserve reports that 40 percent of American households would have a hard time coming up with $400 to cover an emergency expense, in places like Cumberland County, New Jersey, in Van Drew’s district, the United Way reports that 61 percent of households struggle week to week to make ends meet.

According to the United Way’s ALICE survey — the acronym stands for Asset Limited, Income Constrained and Employed — 19 percent of Cumberland County’s  households live below the poverty line, while another 42 percent struggle with their monthly bills.

Just above one in four of Cumberland County’s children live in poverty, about twice the rate in the rest of New Jersey.

In places like Cumberland County, there are significant public health consequences from this economic dislocation. According to the Robert Wood Johnson Foundation, the county ranks lowest of New Jersey's 21 counties in terms of the overall health of its residents. Factored in this ranking is local data on the length of life, health care and quality of life that are linked to issues like low birth weight, premature deaths and preventable hospital stays.

There are enough Cumberland Counties in our nation that for three years in a row America’s average life expectancy has declined, the first time that has happened since World War I. And while the opioid epidemic is cast as a national crisis, research indicates that a majority of the 515,000 people who have died from overdoses since 2006 “lived in poor areas where there were few job opportunities,” according to Health News.

In Iowa, three of the state’s five congressional districts threw in the towel on the Democrats after eight years of “hope and change” and rejected Clinton for Trump. The United Way reports that in 2016, 12 percent of Iowa families lived in poverty, with another 25 percent in that ALICE cohort struggling week to week. That combined 37 percent cohort reflected an increase of 27 percent since 2010.

According to the United Way’s Iowa analysis:

low-wage jobs continued to dominate the employment landscape in Iowa, with 66 percent of all jobs paying less than $20 per hour. Although unemployment rates fell, wages remained low for many occupations. With more contract work and on-demand jobs, job instability also increased, making it difficult for ALICE workers to meet regular monthly expenses or to save.

Headed into the 2016 presidential election, there was a clear pundit consensus: President Obama had rescued the national economy from the ditch of the Great Recession by helping foster a recovery, which was evident based on national aggregate unemployment data and the rebound of Wall Street. That meant, of course, that Democrats would win the White House.

But no one lives or votes in the aggregate.