How native Hawaiians are taking internet access into their own hands

Indigenous peoples are disproportionately affected by the digital divide 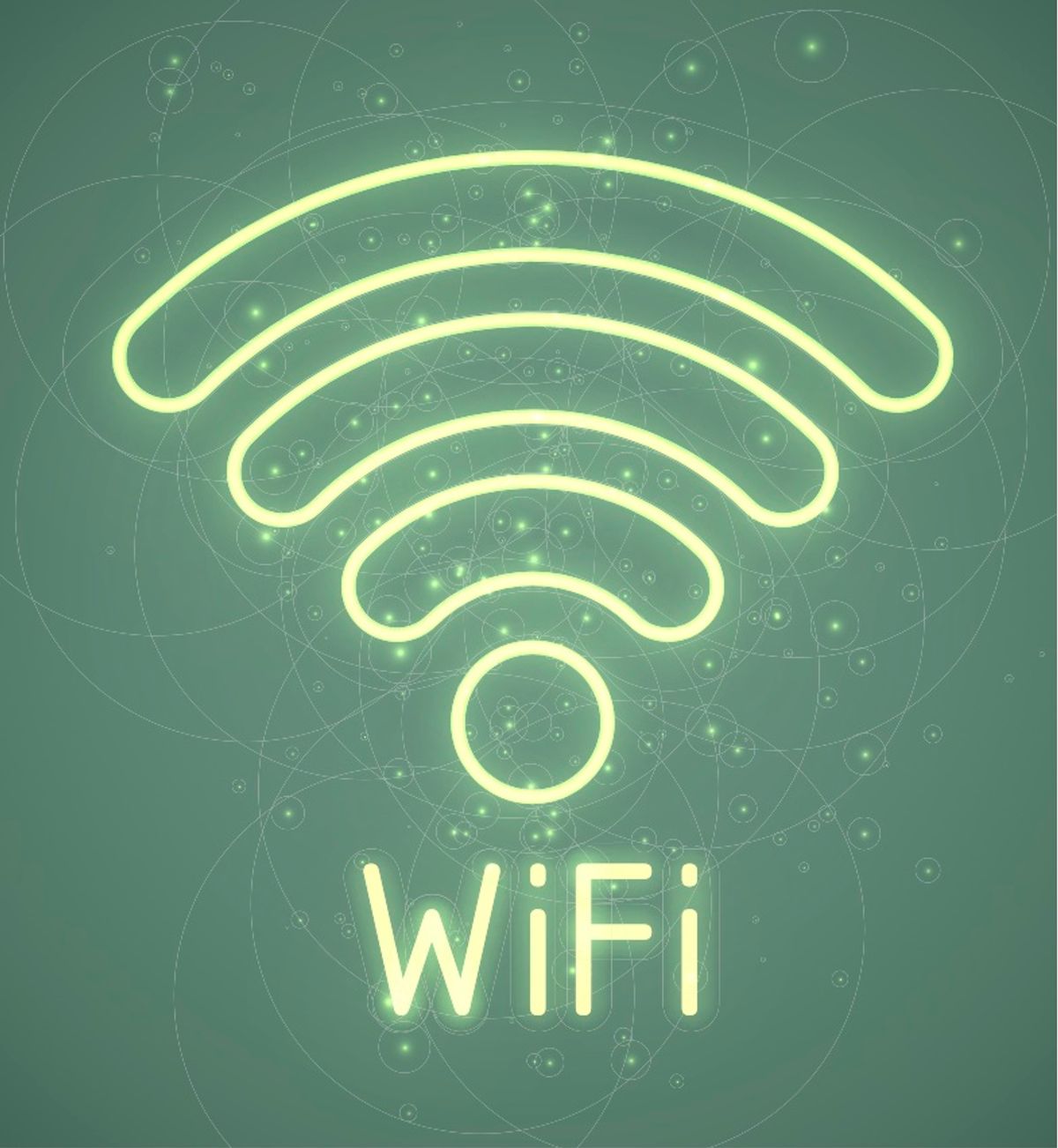 There is a sovereign, 55-acre territory on the Hawaiian island of Oʻahu, Pu‘uhonua o Waimānalo, that, for the first time, is about to have its own internet access, installed for, and by, their own Indigenous community.

For those accustomed to living in the digital realm, the idea of only now getting internet access can seem foreign, if not unbelievable. But for 113 million people in the United States, this is a reality.

Those living at Pu‘uhonua o Waimānalo — known as Nation of Hawaiʻi — are no exception. They are the oldest Hawaiian sovereignty group in existence, founded in 1994. They advocate for the return of all of their lands and total sovereignty.

“The internet is important for us to share our story,” says Brandon Maka‘awa‘awa, deputy head of state of Nation of Hawai‘i. His office currently runs on expensive cellular data. Some people on the land use satellite internet, or have no internet at all.

“No one has encyclopedias,” he adds. “Our kids can’t do their homework here.”

The Internet Society (ISOC) is helping the nation install its broadband, hosting an Indigenous Connectivity Summit in Hawai‘i in mid-November, where communities from across North America will come together to learn from one another and share solutions. After the summit, a small group will go to Pu‘uhonua o Waimānalo to install the internet with the community, together. Everyone in the Pu‘uhonua o Waimānalo, about 100 people, should then have safe, secure, fast internet.

Mark Buell is a spokesperson and North American regional bureau director of the Internet Society, an organization founded in 1992 based on a simple idea: “The Internet is for Everyone.” It was created by many of the same people who created the technology that became the modern-day internet, he says.

“They had one vision,” says Buell. “Everyone, everywhere should have access to safe and secure internet. Over the past 27 years, we’ve been working to ensure that.”

Nation of Hawai‘i’s work with ISOC is reflective of a greater movement happening across the United States and Canada, especially among Indigenous communities, to be sure everyone has access to fast and affordable internet. Indigenous voices are often not at the table when these connectivity conversations are otherwise had.

ISOC supports communities leading their own access solutions, to enable an environment that promotes even more access to solutions — without the colonialist, capitalist mindset dictating the parameters.

The dominant discussion around internet access, says Buell, is the developed-versus-the-developing-world conversation. Tens of millions of people are left off the internet in the United States, predominantly in rural and remote areas. Urban areas also have challenges, such as in Detroit.

Yet remote, Indigenous peoples are disproportionately affected by the digital divide, says Buell. “We work to really build a network of communities that can work together to come up with solutions to the challenges Indigenous communities face,” he says.

Buell says ISOC focuses its work in places where there is no economic incentive for an internet service provider (ISP) to make money, and therefore an entire population is left unserved.

When traditional market capitalism fails a community, then the best course of action is for communities to connect themselves and own the system themselves.

“Then the money stays in the community,” says Buell. “These are not large communities, not by any stretch, but it doesn’t mean they should be left behind. The idea they can build it and control it makes it more meaningful and better for the community.”

What’s more, people are able to self-identify to take ISOC training to learn to install, run, and manage the network. “The training isn’t just technical,” says Buell. “We train them in project management, bookkeeping, and any number of things you need to run a small ISP. Whether or not communities pay people or it’s run by volunteers, it’s entirely up to the community.”

Buell is quick to note this isn’t a model to replace the ISP. But it does work for communities that would otherwise not get connected.

Pu‘uhonua o Waimānalo’s connectivity is coming after more than 125 years of struggle, and will create the first independent community internet in the state of Hawai‘i.

“It’s a start of reconciliation,” says Maka‘awa‘awa about gaining internet connectivity. Pu‘uhonua o Waimānalo is totally sovereign, he says, a place where the Native Hawaiians can “exist how we’ve existed.” What’s good about this, he says, “is we can do our own thing.” But the downside, he says, is that the state and federal government don’t give them any sort of money or support, because the group and land are not technically recognized.

“We in Hawai‘i are not like First Nations or Native Americans, where there is a recognized tribe or land the federal government has acknowledged as Native, tribal lands,” says Burt Lum, strategy officer for broadband for the state of Hawai‘i. “The majority of Native Hawaiians are pretty well integrated in modern Hawai‘i. From a designated land area, it’s not an obvious thing. There is no tribal land.”

Nation of Hawai‘i was formed as a result of the U.S.’s official 1993 apology, signed by President Bill Clinton, for the overthrow of the Kingdom of Hawai‘i in 1893.

Maka‘awa‘awa’s Uncle Dennis “Bumpy” Pu‘uhonua Kanahele organized resistance and actions that ultimately led to the group being given this sovereign land of Pu‘uhonua o Waimānalo.

“Rural is one thing, but this is a real special subset: Indigenous, self-contained,” says Lum. “And they have the responsibility now of being their own ISP.”

Lum helped the grassroots efforts by bringing in Hawaiian Telecom to lay the groundwork for the community to connect to nearby fiber. The state of Hawai‘i spent no money supporting this effort.

For Lum, it was about supporting technology for self-determination. “Ultimately, it’s going to work if they support it. If they let it fall into disrepair, we don’t go in and set it back up. They’re able to take the technology and decide how to run with it.” Now, says Lum, Nation of Hawai‘i has a connection that will benefit their community and anything else they want to develop.

While they have been building their nation within their boundaries for 25 years, outside their boundaries, says Maka‘awa‘awa, the group is still up against government, big banks, tourism, multinational corporations, non-Native Hawaiian communities, and the military. “We know there are obstacles out there,” he says, but “there aren’t any obstacles… [to] creating a digital nation.”

Connectivity, Maka‘awa‘awa says, is borderless, and reaches all over the world without physical battles.

Maka‘awa‘awa says he is looking forward to leveraging the internet “in ways that other countries haven’t begun to study,” such as claiming sovereignty online. He points to Estonia as a nation making progress in this realm.

And they have their own online currency, Aloha Coin, in recognition of big banking’s control over everything from the controversial Mauna Kea telescope to the racist criminal justice system.

“We’re finding small little ways to pull out of the system,” says Maka‘awa‘awa. Aloha Coin is a part of that divestment.

“We generally view internet access as a passive thing,” says Buell. “We have to wait for a company to come in and provide it for us, but in reality, it’s not rocket science. Communities can control it, who’s making money on it, and that’s key whether they are rural or urban, Indigenous or not.”

“With the help of the Internet Society, we will unlock something that will help bring people together and help us find world peace,” says Maka‘awa‘awa, who sees the internet access as a step in the direction of a global shift toward peace.

Maka‘awa‘awa points out the ubiquity of a web-connected world. “Our mind is living on the internet. Any downtime, you’re on the internet. If we can convert that into a peaceful world, where I have a national identity, I can shape my physical world.”

“It’s about us improving our way of life,” Maka‘awa‘awa continues. “They’re not going to bestow that on you. You need to build it. We’re going to build solutions for our community. We’re tired of waiting for the reconciliation we deserve. So we need to create solutions for ourselves.”