The Democrats are running more female veterans for office than ever before — but can they win? 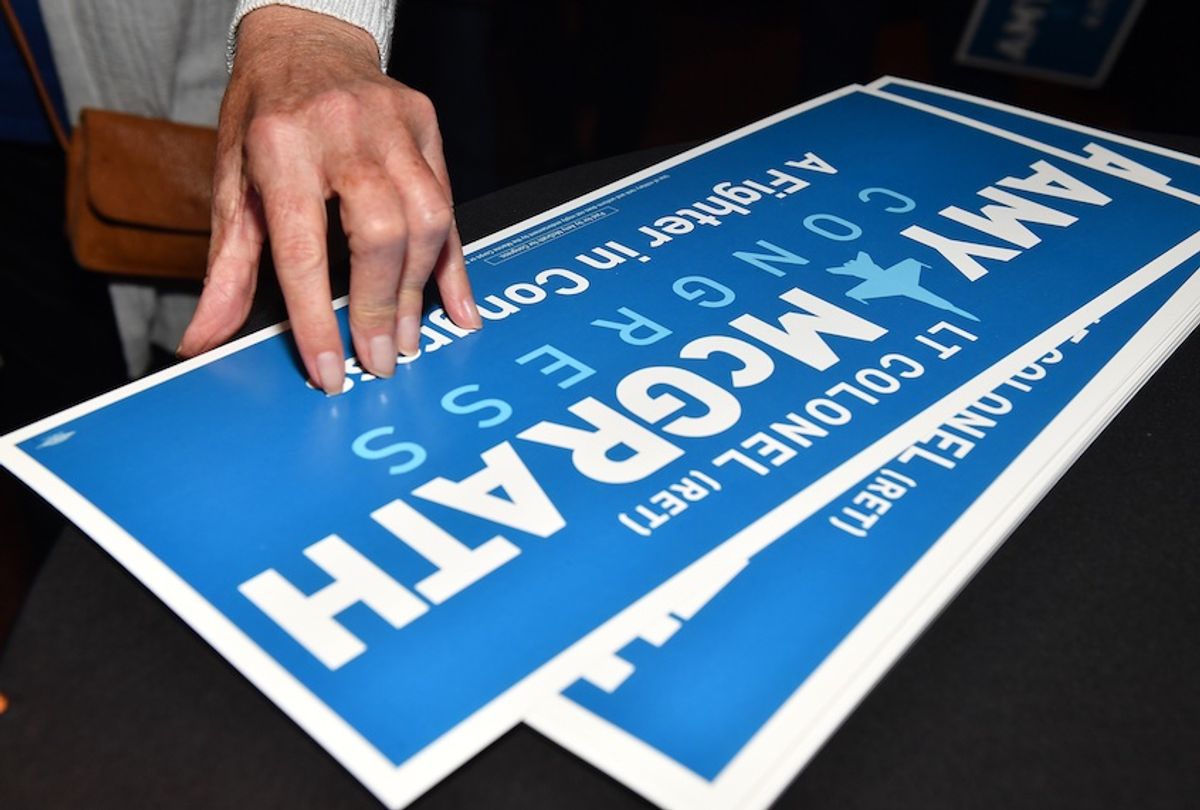 It’s not often that a political unknown’s campaign ad goes viral. But in 2018, M.J. Hegar (TX-13) burst onto the scene with “Doors,” a provocative campaign announcement video that placed her military experience and leadership ability front and center.

Hegar was among a record-setting 14 female veterans running for Congress in 2018.

Though it is still early, the 2020 election cycle is shaping up to be another record-breaking year. The progressive PAC VoteVets has already endorsed three female veteran challengers, and five incumbents are expected to run for reelection.

This upward trend is likely to continue. Syracuse University has opened a training program for veterans interested in running for office, and veterans currently serving have developed a fund to support women with security backgrounds running for office. Democrats have begun explicitly recruiting veteran women to run for Congress, hoping to capitalize on their service and military experience.

But are veteran women more likely to win? We wondered whether military service might allow women running for office to overcome concerns about their national security chops, without sacrificing voters’ positive perceptions of women’s ability to handle areas like health care.

Voters typically use stereotypical thinking to simplify their choices. They use attributes of the candidate, such as gender or profession, to judge a candidate’s suitability to hold office, as well as the candidate’s policy stance.

For veterans of either sex, stereotypical thinking can be beneficial. Veterans are often perceived as placing national interest over personal gain, being of good character and having practical knowledge about national security affairs. American voters strongly value national security, so it is unsurprising that survey research finds voters are more likely to support candidates viewed as best able to handle security affairs.

For women candidates, stereotypical thinking is a mixed blessing. Women are often perceived as well-equipped to handle issues such as education, health care and poverty.

But stereotypes also promote the belief that women are emotional, irrational and weak. Women are often thought unfit to handle national security threats and the military. This can impede their election.

In a study presented at the Inter-University Symposium on Armed Forces and Society on Nov. 9, we analyzed elections from five U.S. House election cycles between 2010 and 2018.

On average, across the five elections, women veterans performed no better than nonveterans, regardless of gender. But the 2018 cycle showed a different pattern. Democratic female veterans on the ticket significantly outperformed their Democratic male veteran counterparts in their races.

We counted a dozen women with military biographies who ran as challengers in the 2018 midterm House races, ten of them Democrats. Three of these Democrats won their races, and several of the losses were close contests. Democratic women such as M. J. Hegar and Amy McGrath lost in narrow races in solidly red districts.

Our analysis is preliminary.

At this stage, our model does not allow us to rule out the possibility that our results are driven by veterans running in districts where it’s harder for them to win.

Our results, which indicate that veterans of both genders running as Democrats get a lower share of votes, may be a product of the party recruiting veterans to run in long-shot districts, coupled with the veterans’ own heightened willingness to take on such challenges.

Military life is notoriously challenging for all members, but more so for women who live and work in a male-dominated domain. Veteran women may relish the challenge of succeeding where women are often expected to fail.

As candidates, women veterans bring a competitive and confident spirit to the campaign trail. Amy McGrath’s (KY-6) initial advertisements highlighted the challenge she overcame in her military career and how these challenges were heightened by perceptions that women did not belong in combat.

Kim Olson’s ad announcing her bid for the TX-24 shows her walking the flight line in a bomber jacket, recounting the battles that earned her the nickname Colonel Marvel.

What’s more, the Democratic Party clearly sees an advantage in recruiting veterans to run for office. The number of women with military service running for office has increased, especially in 2018, and they are running in more competitive districts with a better shot at winning.

As this trend continues, researchers will be better able to determine how the military service impacts of women from both parties impacts their candidacies and their service in office.