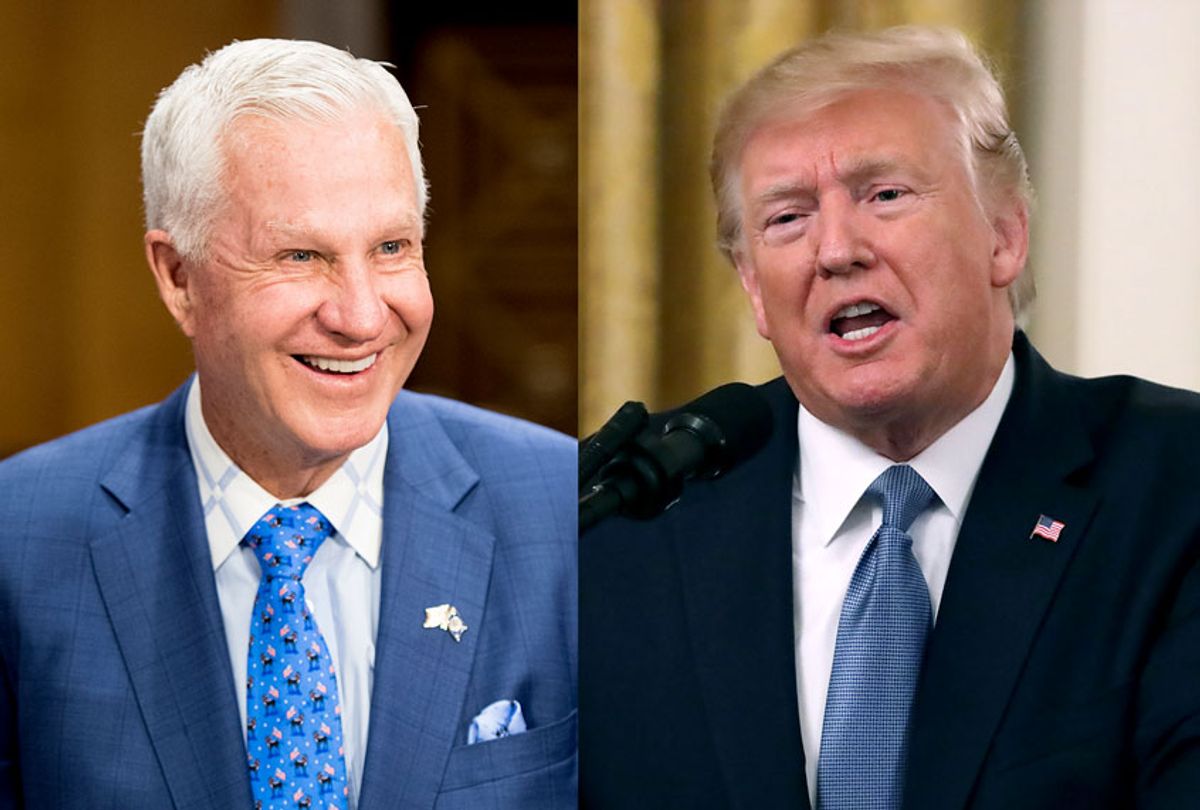 President Trump’s nominee to be ambassador to the Bahamas was involved in a “possible pay-for-play scheme” involving the Republican National Committee, according to a CBS News investigation.

But after that, Manchester’s nomination stalled in the Senate for more than two years. Trump tried to push the nomination through  after Manchester helped with relief efforts in the Bahamas after that nation was hit by Hurricane Dorian in September. "I would also like to thank 'Papa' Doug Manchester, hopefully the next Ambassador to the Bahamas, for the incredible amount of time, money and passion he has spent on helping to bring safety to the Bahamas,” the president tweeted.

Just three days after the tweet, Republican National Committee chairwoman Ronna McDaniel reached out to Manchester in an email obtained by CBS News asking for a $500,000 contribution.

CBS News reporter Jim Axelrod asked Manchester, "Does any part of you feel if you had just cut the check for $500,000 that you would be the ambassador to the Bahamas?"

"No, because first of all, you have to get out of committee and you have to be voted on the floor," Manchester replied. "It's a big process."

In an email obtained by CBS News, Manchester appeared to ask for that floor vote in exchange for a contribution.

"As you know I am not supposed to do any, but my wife is sending a contribution for $100,000,” Manchester wrote to McDaniel. “Assuming I get voted out of the [Foreign Relations Committee] on Wednesday to the floor we need you to have the majority leader bring it to a majority vote … Once confirmed, I our [sic] family will respond!"

Manchester also forwarded his response to staffers of committee members Sen. Rand Paul, R-Ky., and Sen. Jim Risch, R-Idaho, informing them of his willingness to contribute after the vote.

"You know what this looks like," Axelrod told Manchester.

"Well — it looks like it to you. But it's not the facts," Manchester said. "My wife gave out of separate funds and she in fact loves Donald Trump."

The RNC denied that there was any connection between the request and Manchester’s confirmation.

"The Chairwoman did not suggest to Mr. Manchester in any way that it would more quickly advance his confirmation if members of his family made a political contribution,” the RNC said in a statement to CBS. "Mr. Manchester's decision to link future contributions to an official action was totally inappropriate."

The RNC added that it has cut ties with Manchester and returned the contributions to his family.

Former ambassador Barbara Stephenson, who worked in the administrations of both parties, told CBS that she was concerned about the exchange between Manchester and the head of the Republican Party.

"It is a serious erosion of the concept that my country doesn't sell public office," she said. "It's hard to believe that we're fully upholding our law, and our values and being a city on a hill that I always represented."

Former Sen. Bob Corker, R-Tenn., who chaired the Senate Foreign Relations Committee, told CBS News that he was the one who stalled Manchester’s confirmation vote.

"We had concerns about judgment, about demeanor, about just the whole reason for taking the job," Corker told the network.

Corker said that McDaniel’s attempt to raise money from Manchester during his confirmation process was problematic.

"The timing of that request obviously was not appropriate," he said.

Corker added that Manchester’s decision to send his response to members of the committee was even more problematic.

"I can only tell you that if I received an email like that, there would have been a five-bell alarm that went off,” Corker told CBS.

Though linking party contributions to Senate votes cost Manchester his opportunity, many of Trump’s ambassadors donated to his campaign and inauguration before being rewarded with ambassadorships, as has been the case with many previous administrations.

Trump’s EU ambassador Gordon Sondland donated $1 million to his inauguration before being selected to lead the “irregular” policy channel in Ukraine that led to the current impeachment inquiry. Trump’s picks for ambassadors to the United Kingdom and Canada donated $1 million as well. At least 14 of Trump’s ambassadorial nominees were major inauguration contributors who gave an average of $350,000 each, NBC News reported.

Though Manchester ultimately withdrew his failed nomination, some pointed to McDaniel’s culpability in the email exchange.

Norm Ornstein of the American Enterprise Institute, a conservative think tank, said the email to Manchester shows that McDaniel was “shaking him down” and called her the “alleged leader of a corrupt scandal.” Sen. Chris Murphy, D-Conn., responded to the report on Twitter, writing, “the corruption is endless.”