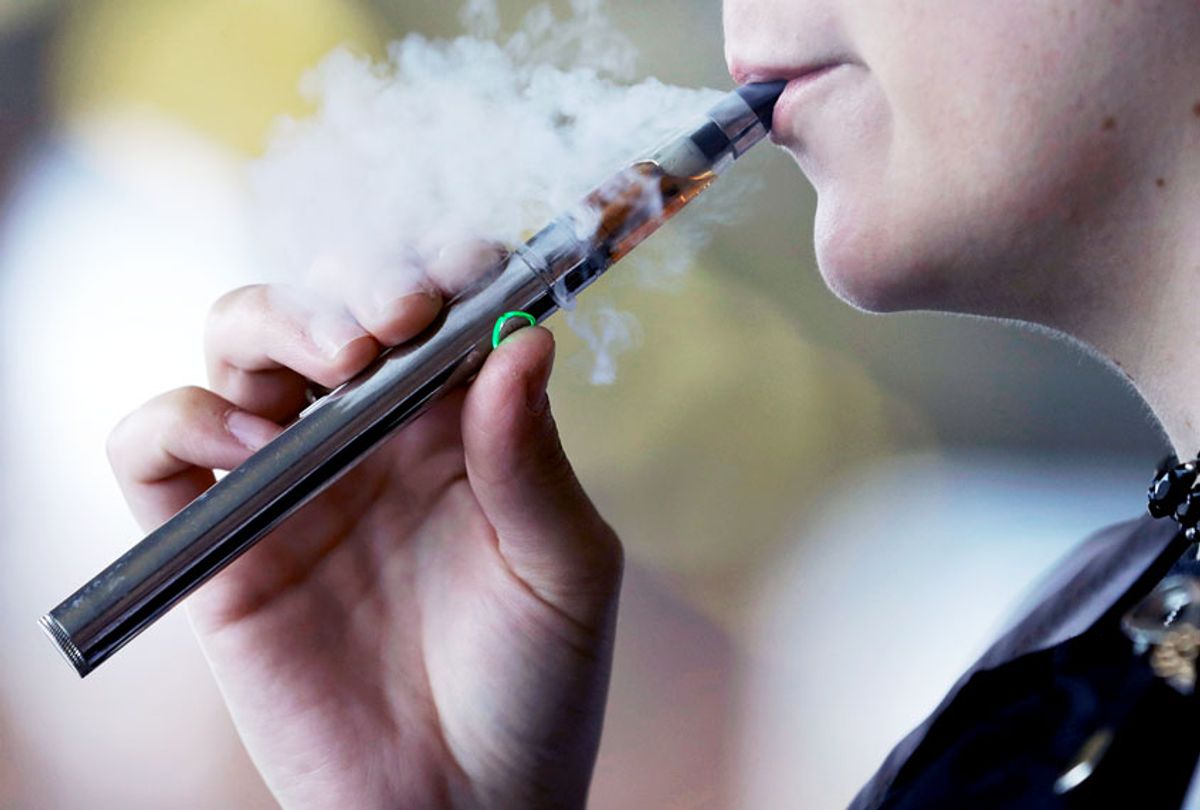 In September, news broke that President Donald Trump was moving to ban most flavored e-cigarettes.

“We can’t allow people to get sick,” he said. “And we can’t have our youth be so affected.”

Two months later, the administration reportedly had everything in order to announce it would order candy, fruit and mint flavors off the market within 30 days. Then, Trump decided not to sign the memo at the last minute.

According to a Washington Post report published on Sunday evening, Trump backed out of signing the memo on the order on the evening of November 4, the night before a news conference.

Briefed on a flight to a Lexington, Ky., campaign rally, he refused to sign the one-page "decision memo,” saying he didn’t want to move forward with a ban he had once backed, primarily at his wife’s and daughter’s urging, because he feared it would lead to job losses, said a Trump adviser who spoke on the condition of anonymity to reveal internal deliberations.

Notably, there was a social media campaign to respond to Trump’s proposed ban. On Twitter, people used the hashtag #IVapeIVote to share their stories about how a ban would send them back to cigarettes. Other tweeted Trump directly, threatening to not vote for him if he moved forward with the ban. According to the Washington Post, the collective criticism was too much for Trump to handle — from articles to rallies protesting the proposed vaping ban. Brad Parscale, Trump’s campaign manager, reportedly warned him the ban could hurt him in battleground states, too.

On Nov. 11, Trump said on Twitter that he would be “meeting with representatives of the vaping industry, together with medical professionals and individual state representatives, to come up with an acceptable solution to the vaping and E-cigarette dilemma.”

Trump is known for his impulsive behavior, so often illustrated on his Twitter account and which often comes into play in more serious decisions like pulling US troops out of Syria. History suggests a reversal on a vaping ban was likely. Yet it is also a reminder of the hold Big Tobacco continues to have on Washington.

As reported by The Guardian, the country’s largest cigarette manufacturers, Reynolds American and Altria Group, donated $1.5 million to Trump’s inauguration, which put them in a special donor category that gave them access to a “leadership luncheon” advertised as an “exclusive inaugural event.”

“With the new Trump administration and Congress trying to roll back health and safety regulations, generally the tobacco industry is seizing the opportunity to mount its own assault on the programs and policies that have reduced smoking in this country,” Vince Willmore, a spokesperson for the Campaign for Tobacco-Free Kids, told The Guardian.

Nobody could have foreseen the vaping crisis unfold as it has today, with the outbreak of a mysterious lung illness that has affected more than 2,000 people and resulted in more than 40 deaths. This outbreak has positioned JUUL Labs, the largest seller of e-cigarettes in the country, at the forefront of the public health crisis. What began life as a project by two Stanford students has become a verb among teens (as in "Juuling"), and e-cigarettes have largely evaded federal crackdowns. JUUL’s new CEO, K.C. Crosthwaite, used to work as the Senior Vice President and Chief Growth Officer of Altria Group, which owns about a 35 percent stake in JUUL. JUUL has also hired former White House advisors and officials.

In a previous report, the Washington Post reported that Trump’s announcement of the proposed ban caught the vaping industry off-guard which triggered them to go into crisis mode and go on a lobbyist hiring spree.  Juul spent $1.2 million on federal lobbying during the third quarter of this year, a record for the company. Perhaps the tweets and in-person protests that swayed Trump are a result of that hefty spending.