A Syrian mother bears witness to the war for her child's sake, and to stand for refugees suffering everywhere 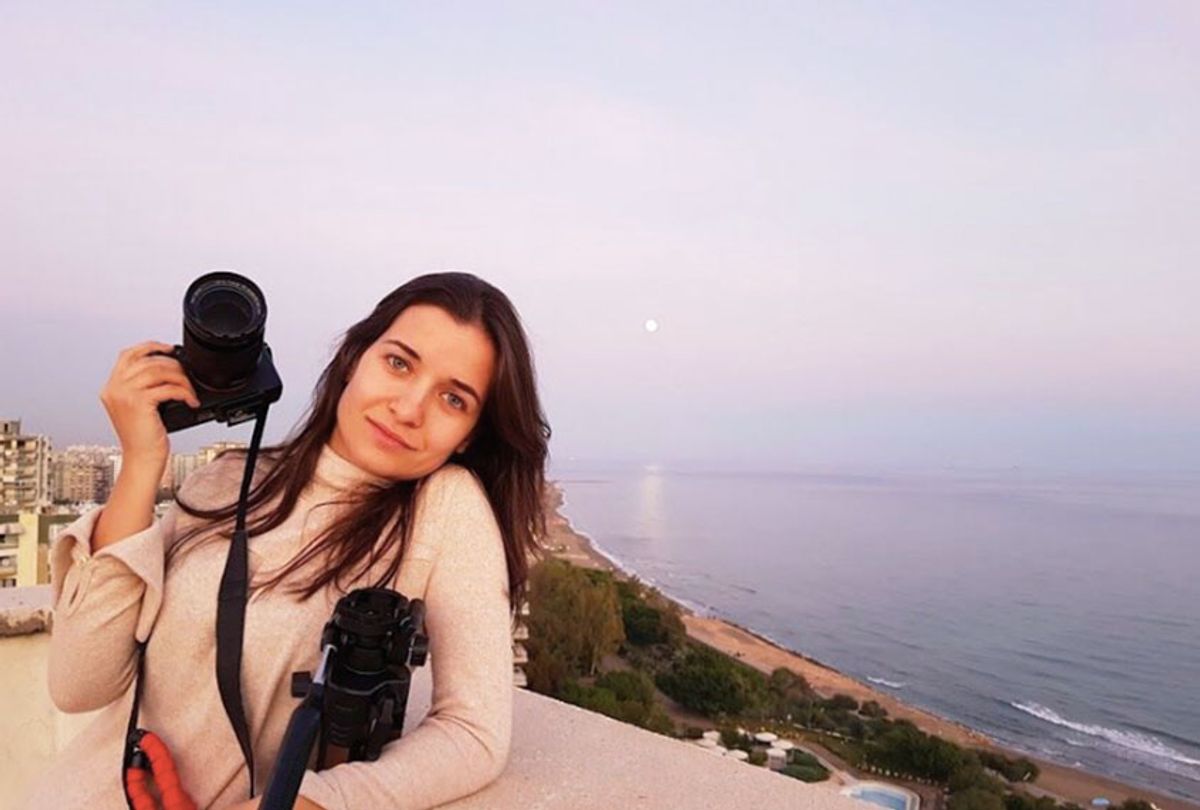 Distancing ourselves from cultures other than our own is classic American behavior. This is probably an effect of not being subjected to sustained violent conflict on our soil since the Civil War. Citizens have taken up arms against other citizens during that time, of course, and we’ve weathered attacks from enemies foreign and domestic.

But these are singular events whose collective impact has sharpened our sense of partisanship, widened our empathy gap, and heightened our fear of the “other.”

The Syrian documentary “For Sama,” making its television debut this week on PBS’ “Frontline,” strives to erase such perceptions of distance entirely. It may be one of the most difficult 95 minutes of television you may watch on TV, period.

Filmmaker Waad al-Kateab designed “For Sama” as a soul-baring testimonial for her firstborn daughter, as a message from a past that her child, now three-and-a- half years old and being raised in London, is not likely to remember in detail.

But al-Kateab’s documentary records five years of her life there, focusing most heavily on the time period when Sama was an infant, and ensures that anyone who sees the film cannot easily defend any policy that would criminalize refugees.

One scene shows al-Kateab playing with her baby daughter as bombs boom nearby. Al-Kateab, her husband Hamza, and baby Sama live in the hospital where Hamza works as one of the few doctors left in the besieged city. When she hears warnings from the hallway to take cover downstairs — more strikes are coming — al-Kateab hands Sama to a trusted caretaker as she grabs her camera. And then another explosion fills the hallway with smoke.

The camera catches it all – the chaos, the coughing, the darkness. For a few tense moments al-Kateab doesn’t know where Sama has gone.

She is, thankfully, alright. In a hospital full of people who have been injured by these attacks, this is a blessing. “I keep filming. It gives me a reason to be there. It makes the nightmares feel worthwhile,” she says. “When I hear Russian airplanes in the sky, it cuts through me. Yes, I’m scared of dying. But what scares me the most is losing you.”

Al-Kateab, who co-directs the film with Edward Watts, places us into the center of the Syrian city of Aleppo in the midst of its siege, particularly the worst of it in 2015 and 2016. But they Watts and al-Kateab do not show us trained fighters, military equipment or much in the way of footage from the front.

That is not how she and her neighbors experienced the cruel, barbaric effort of Syrian President Bashar al-Assad and his regime to hold on to power. What al-Kateab does is far more powerful and heartbreaking – she films her life, and the lives of her neighbors, as the war rages all around them. They cook, they laugh; bombs drop on the streets, destroying buildings, and people die. It is a brilliantly edited home video catalog of hope and chaos.

Many of the dead are children, an obscenity “For Sama” does not gloss over or turn away from. There is the boy whose tiny body is destroyed by a bomb; his brothers weep at knowing that they called him inside when they first heard explosions, but were too late.

His mother claims him from the doctors, carrying him despite their pleas to bear him in her stead. “Don’t take him from me,” she insists, walking down the street holding his body, which  is wrapped in a thin blue covering held together at the boy's hands and feet. “I won’t forgive you if you do.”

There is the mother insisting al-Kateab film her hysteria as she screams for her listless child to regain consciousness, trying to wake him with promises of milk. There is the little boy laid on the tile of the hospital hall, his hand nearly blown off of his body, his jaw slack and eyes unfocused. And there is the unconscious nine-months pregnant woman, upon which the doctors perform an emergency caesarian only to pull forth a child that does not squall or move at all. Not a quiver.

“For Sama” is a work of skillfully edited raw video footage, although some elements have a cinematic glaze to them. The final frame in particular, which shows al-Kateab walking down a bombed-out street, baby slung across her and video camera in hand, employs a cinematic sweep the rest of the production eschews. But its naturalistic tone succeeds in conveying al-Kateab’s thoughtful, insistent message that simple acts living are their own defiant acts, along with a warning that no matter where a person lives, what is normal and what constitutes everyday life can change in a very short timeframe.

Near the beginning of the film she visits a family whose mother is preparing what looks like a delicious stew. Fast forward a few frames to a later visit, and that same woman shows the filmmaker the last of her food, a pot of insect-infested rice. When her husband brings her one piece of unripened fruit, she celebrates as if he had handed her an extravagant gift.

Al-Kateab’s camera  bears witness to all of these atrocities at the hospital where she meets the man who eventually becomes her husband, Hamza. They fall in love and marry. They become pregnant. For a short time they make a home together, until the conflict intensifies so much that they must live at the hospital where Hamza works. Life, the kind we take for granted, goes on even as instant death proves to be an ever more frequent and likely threat.

And this precious view of even moments of normal imbue al-Kateab’s narration “For Sama” with an aching urgency. She never raises her voice, never wavers. At worst, she allows herself the momentary luxury of bitterness in one deeply anxious scene: With regime forces a street away, Hamza tells his wife to abandon Sama, reasoning that she has a better chance of surviving if the Russians don’t know they are her parents.

At this point, their time in Aleppo is at an end, but Hamza has been defying the regime’s efforts to suppress information about the conflict from getting out to the rest of the world by doing interviews.

“Your only crime is that your Mum’s a journalist and your Dad’s a doctor,” al-Kateab says to a future version of Sama, one she hopes will understand what she says next. “Now I wish I had never given birth to you.”

A main reason that immigration has been more easily politicized than humanized in America is the proliferated illusion that people crossing our borders illegally with their children know what they’re getting into, and are somehow doing so for nefarious reasons. On the news we’re often shown the end result of the migrant crisis – desperate people being arrested and detained by border officials, or washing up dead on the American riverbanks along our Southern border.

What we don’t often see up close and in detail are the conditions that force them to leave behind the lives they knew. And this is the sheer power, dignity and tragedy in “For Sama.”

Within its very collapsed span of time, the film makes shockingly simple to see how much al-Kateab’s family fits the image of the American ideal.  Waad and Hamza are both middle class, educated professionals who stay in Aleppo because they are among the few witnesses and doctors the city has left.

Not only to do they lose everything, they hunted by their own government and the Russian forces aiding them. And yet, when al-Kateab turns her camera on Hamza as their leaving – “Our future is no longer in our hands,” she tells her Sama – he can only list what he and his medical team were able to accomplish in their final 20 days. Together, they conducted 890 operations and tended to 6,000 injured.

At the beginning of “For Sama” al-Kateab stresses her reasons for creating the film is to record the place she loved, the country from which he was exiled, as a means of explaining why she and her father fought. But the film also stands for the humanity of all exiles, all refugees, by positing that we all share some version of the same human story. As the filmmaker tells her daughter in her spare, simple voiceover narration, when she first left home to attend university in Aleppo, her parents warned her to be careful, calling her headstrong.

“I never understood what they meant,” al-Kateab says, “until I had a daughter. You.”

“Frontline: For Sama” makes its broadcast television premiere Tuesday at 10 p.m. ET on PBS member stations. It is also available to stream on PBS, on PBS.org/frontline, on the PBS Video App, and on YouTube.