This is the band Charli XCX wanted to put together since she was a teen, and the docuseries shows that immaturity 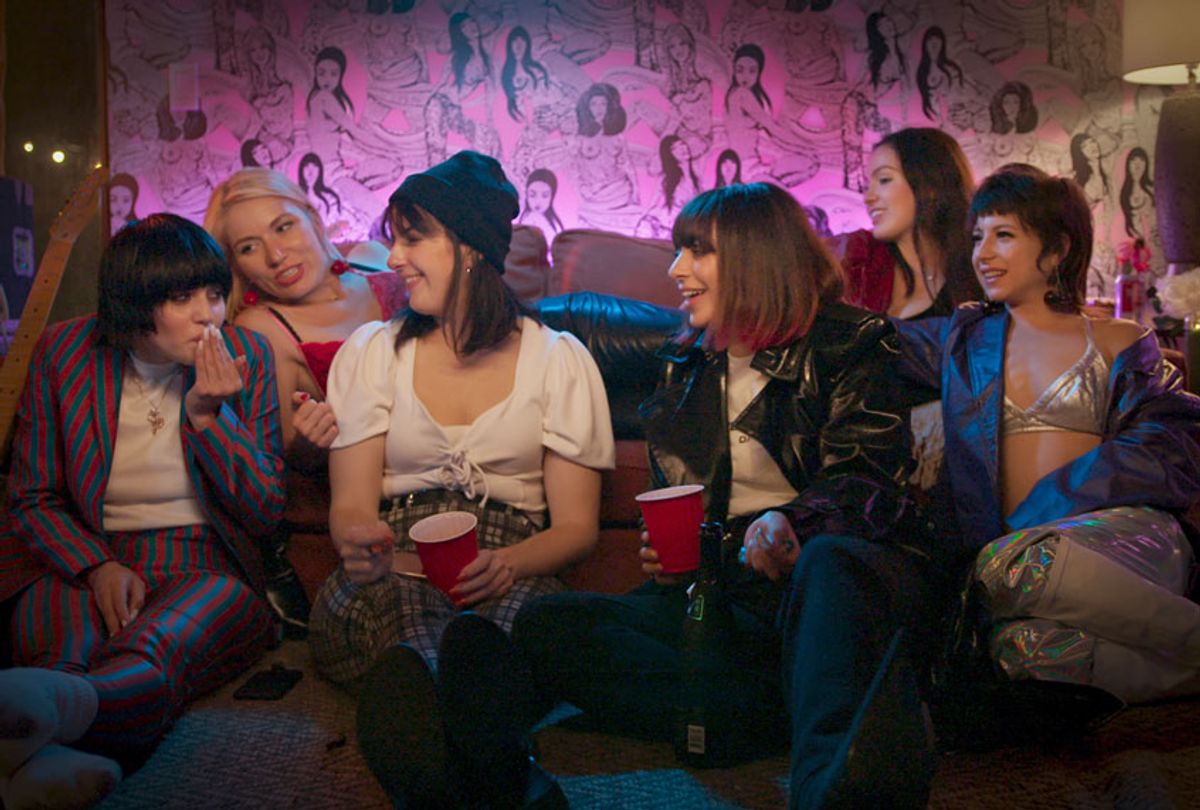 The concept behind Netflix’s new five-episode docuseries “I’m With The Band: Nasty Cherry” sounds like the fever dream of a 14-year-old arts magnet student; four women from very different backgrounds — with varying levels of musical skill and experience — are plucked from relative obscurity by a pop star on the rise and put together in a Big Brother-style house. There they will live, eat, sleep, write songs, and rehearse together until they become a cohesive band (the biggest of 2019, as their Jan. 1 Instagram post would tease).

This is the story of Nasty Cherry, an alt-pop group manufactured by Charli XCX that, at its best, has the body of the Spice Girls and the soul of Garbage. Chloe Chaidez is the band’s guitarist; she’s probably the most versatile musician in the group and splits her time between Nasty Cherry and her band Kitten, in which she serves as lead singer. Debbie Knox-Hewson toured with Charli as a drummer. Gabriette Bechtel, the lead singer, is a model. Georgia Somary is a UK-based production assistant who spent a year learning bass just to join the band.

This is a band, Charli explains in the intro, that she’s wanted to put together since she was a teenager and — despite the fact that the group hasn’t ever played a live show, nor released any music online — hypes them up on social media with a certain youthful enthusiasm.

From The Monkees to The Pussycat Dolls to K-pop’s TXT, the idea of bands being formed by producers isn’t a novel concept. But at several points, “I’m With the Band” almost touches on something contemporary that would have been really interesting to explore  — the disconnect between social media and real life and how the tension between the two can impact creators. A big part of pop music is selling fantasy or a character, which can easily be augmented by a meticulously curated social media presence.

But what would happen if — when Nasty Cherry debuted on-stage — the performance didn’t match the posts? There is an undercurrent of this fear running through the series, which predictably leads to a certain pressure-cooker atmosphere, especially in such close quarters. And “I’m With the Band” really leans into that energy.

Depending on your viewing preferences, this could be a good or a bad thing. Instead of hyper-focusing on the creative process and engineering required to actually launch an internationally known band, especially one with two untrained members, the docuseries is given the Bravo treatment. There are interview cutaways, dramatic Facetime calls, meltdowns, homesickness, bubbling resentments, and a shocking amount of cliquishness on display (and a shocking lack of them actually playing uninterrupted songs).

This focus places “I’m With the Band” squarely into guilty pleasure viewing — thoroughly bingeable viewing, at that —while simultaneously damaging the series’ self-proclaimed purpose of exploring female empowerment through music; this is only further eroded when Charli snaps at the band when they ask to work with more women in their recording sessions, saying that working with men doesn’t make her or them any less feminist. It’s a weird turn in the series that’s never fully unpacked, but serves as an odd conflict to drive the narrative forward.

Not to be the bearer of spoilers, but after watching the series I was curious what actual audience members thought of real-life Nasty Cherry performances. LA-based music critic Kevin Bronson attended the band’s first live show and offered this line: “Playing to Instagram fans is great, but six months of woodshedding wouldn’t hurt Nasty Cherry at all.” I understand that “I’m With the Band” was meant to give Nasty Cherry an authentic origin story beyond their social media presence, but when combined with lackluster reviews like that, the Netflix series didn’t do them any favors.

"I'm With the Band: Nasty Cherry" is currently streaming on Netflix.