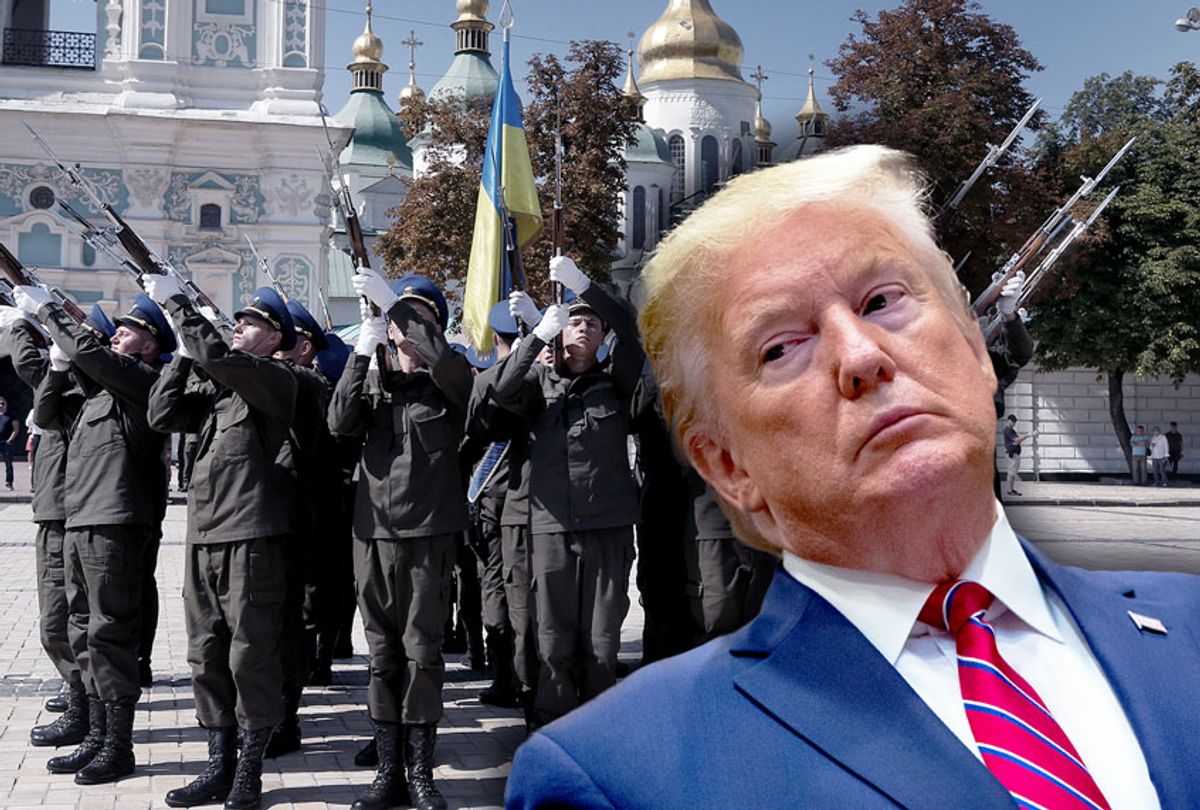 The White House is still withholding some of the congressionally approved military aid to Ukraine that President Donald Trump froze over the summer, even as impeachment investigators scrutinize whether the commander-in-chief used the funds as leverage to pressure a foreign leader to commit publicly to investigations that would benefit him politically.

More than $35 million of the nearly $400 million in military aid that Trump had halted has not been released to Ukraine, the Los Angeles Times reported Tuesday, citing Pentagon spending documents it had obtained. Instead, the aid for Ukraine remains in U.S. accounts. The newspaper noted it is unclear why the money has not been released.

House Democrats are investigating allegations that Trump sought to leverage a potential White House meeting with Ukrainian President Volodymyr Zelensky and millions of dollars in military aid approved by Congress in an effort to pressure the Ukrainian leader to launch investigations into former Vice President Joe Biden and his son, as well as a baseless conspiracy theory about Ukrainian interference in the 2016 election.

Lt. Col. Carla Gleason, a spokesperson for the Pentagon, confirmed to the LA Times that $35.2 million in aid had yet to be distributed to Ukraine but declined to provide an explanation for the delay. She said the money will be transmitted to Ukraine "over the next several weeks."

The White House lifted a hold on the funds on Sept. 11, after a whistleblower report emerged alleging a "quid pro quo." Trump has denied any wrongdoing and has dismissed the Democratic-led impeachment inquiry as a "hoax."

The news of the delay in aid to Ukraine came as Gordon Sondland, the U.S. ambassador to the European Union, testifies before the House Intelligence Committee as part of the impeachment inquiry into the president.

In his explosive opening statement, Sondland said he "came to believe" that the aid would not be delivered to Ukraine unless the country publicly committed to pursuing Trump's desired investigations.

"Was there a 'quid pro quo?' The answer is ‘yes,’” said Sondland, a Republican megadonor who gave $1 million to Trump's inaugural committee.

The ambassador added that the nature of the proposed transaction was widely understood across the Trump administration, claiming that most senior officials were aware of the arrangement — and that it was carried out at the "express direction of the president of the United States."

During a break in the hearing, House Intelligence Committee Chairman Adam Schiff, D-Calif., told reporters that Sondland's testimony was "a very important moment in the history of this inquiry." He said it "goes right to the heart of the issue of bribery, as well as other potential high crimes and misdemeanors."

"We also have heard for the first time that knowledge of this scheme was pervasive," Schiff said.