With his campaign in trouble, Cory Booker attacks Biden for unpopular position on legalization and racial justice 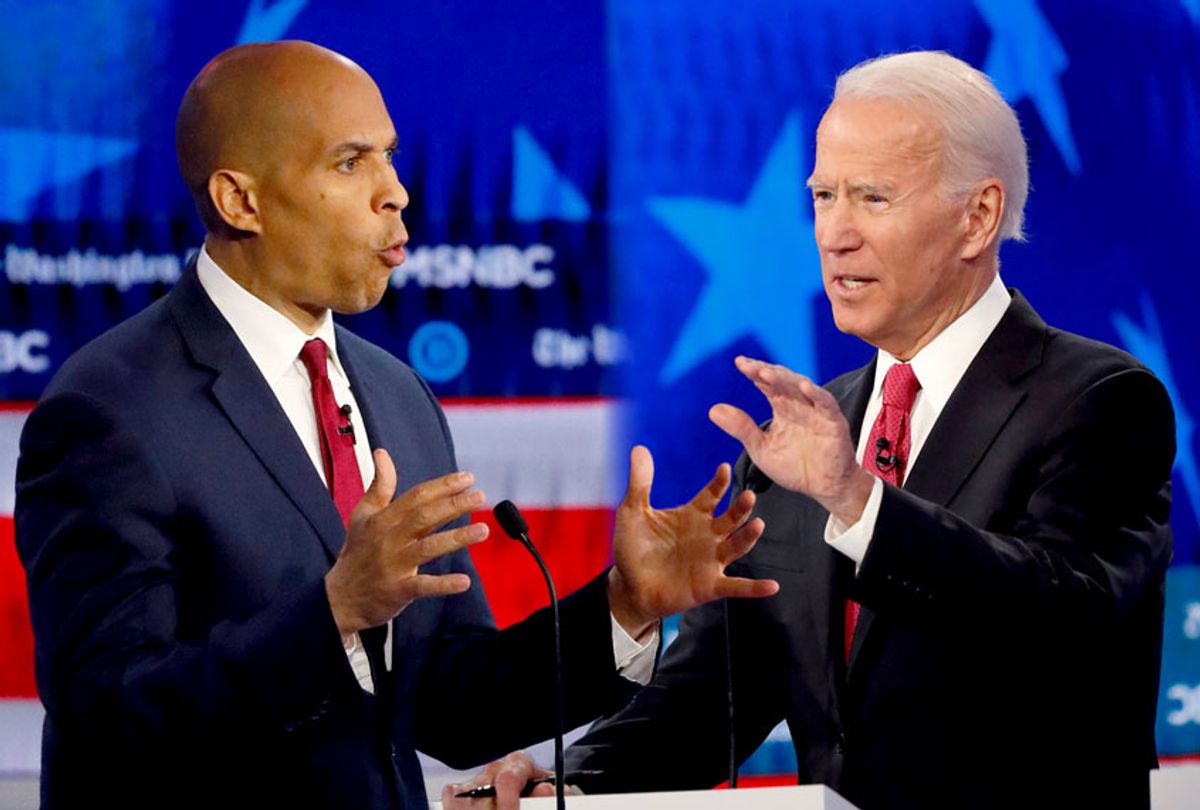 Booker's campaign appears to be in difficulty. He is low on cash and risks not qualifying for the December debate. Perhaps in a bid for relevance, he took aim at Biden for stating earlier this week that he would not support the federal legalization of marijuana. Booker went on to note that black voters are "pissed off" and that Democrats need to address the fact that marijuana criminalization of marijuana disproportionately harms people of color if they want a shot at beating President Trump in 2020.

"I have a lot of respect for the vice president — he swore me into my office, he's a hero," Booker said. "This week, I hear him literally say that I don't think we should legalize marijuana — I thought you might have been high when you said it," with that last line drawing laughter from the audience.

"Let me tell you, marijuana in our country is already legal for privileged people," Booker continued. "The war on drugs has been a war on black and brown people."

He added, "Let me just say this: With more African Americans under criminal supervision in American than all the slaves since 1850, do not roll up into communities and not talk directly to issues that are going to relate to the liberation of children, because there are people in Congress right now that admit to smoking marijuana, while ... our kids are in jail right now for those drug crimes."

Biden responded by stating that "we should decriminalize marijuana," adding that "anyone who has a record should be let out of jail, their records expunged, be completely zeroed out." But, he continued, "I do think it makes sense, based on data, that we should study what the long-term effects are for the use of marijuana."

He went on to tout the support he has received from the black community.

"I come out of a black community, in terms of my support. If you notice, I have more people supporting me in the black community who have vouched for me because they know me, they know who I am," Biden said, noting that he has received support from three former chairs of the Congressional Black Caucus and the "only" African-American woman ever been elected to the Senate. (That was a reference to former Sen. Carol Moseley Braun of Illinois, who was the first black woman in the Senate.)

Sen. Kamala Harris, D-Calif., then chimed in, throwing her hands up in the air and laughing: "Nope. That's not true. The other is here."

The exchange came just two days after Biden said he still opposes legalizing marijuana on the federal level because of his concerns that it is a "gateway drug."

"The truth of the matter is, there's not nearly been enough evidence that has been acquired as to whether or not it is a gateway drug," Biden said at a town hall in Nevada on Monday. "It's a debate, and I want a lot more because [if] I legalize it nationally, I want to make sure we know a lot more about the science behind it."

Although two-thirds of Americans believe marijuana should be legal, according to new data from the Pew Research Center, Biden, who is 77 years old, is fairly typical of his generation. Only 35% of the so-called Silent Generation favor legalizing marijuana — the lowest level of support of any major cohort.

Booker's comments on Wednesday appeared to be an attempt to remind voters of Biden's sometimes clumsy handling of issues related to race, which has been heavily scrutinized since he entered the presidential campaign. He has apologized for remarks he made about working with segregationists during his years in the Senate, and has also been forced to revisit his opposition to federally mandated school busing for desegregation and his strong support for the 1994 crime bill and similar legislation.

Despite his apparent stumbles on many questions related to race, Biden retains strong support among black voters, who play a highly significant role in Democratic primary campaigns, while his rivals have trailed far behind

The latest Quinnipiac University poll in South Carolina, released earlier this week, found that Biden has a commanding lead among black voters in the state, winning 44% support, compared with 10% for Sen. Bernie Sanders, 8% for Sen. Elizabeth Warren and less than 1% for Mayor Pete Buttigieg. Recent polls conducted in the battleground state by Monmouth University, the University of North Florida and CBS News/YouGov have showed generally similar results.

Taken together, the polls bolster claims by Biden that he is far and away the leader among a group that has long been a central pillar of the Democratic coalition. Booker and Harris, the two black senators in the primary race, have struggled to gain any significant momentum, either among black voters or the larger electorate.