After an explosive day in Washington, Democrats had a debate in Atlanta. Can they recreate 2008? Maybe not quite 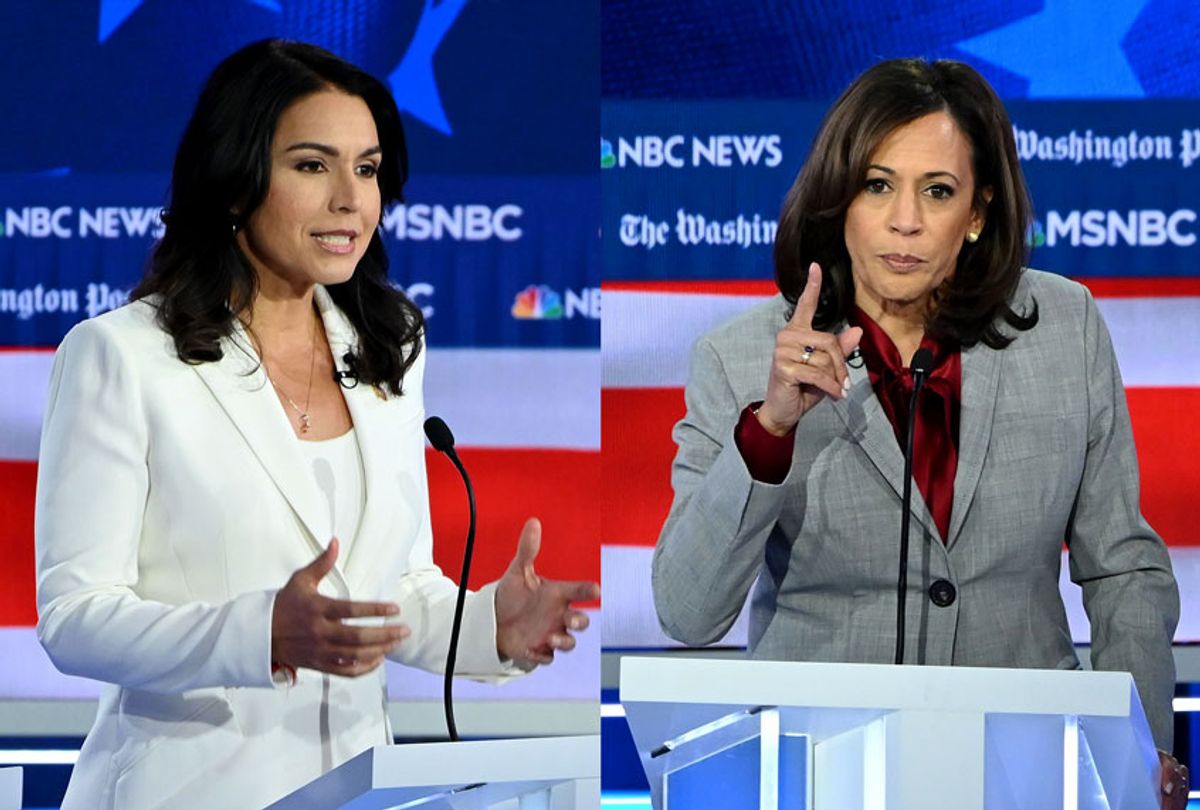 Maybe this was exactly what the Democrats needed at the end of an explosive day of testimony in the impeachment hearings on Capitol Hill: a relatively frictionless debate which adequately made the point that virtually all of the 10 candidates assembled on stage in Atlanta — we can agree to disagree on the precise number! — would be better at presidenting than You Know Who.

On the other hand, maybe it wasn’t. Wednesday night’s debate, the eleventy-first in a series of seventy kajillion, did little or nothing to winnow the field or create a clear frontrunner or any of that “horse race” stuff many of us pretend not to care about while checking the RealClearPolitics average twice a day. If anything, it might have flattened out the Democratic race a little, since the principal dynamic in Atlanta was about also-ran candidates trying to make themselves seem like plausible contenders.

Joe Biden, Elizabeth Warren, Bernie Sanders and Pete Buttigieg all avoided attacking each other. At least until Biden’s embarrassing flub when he claimed to have been endorsed by the only African-American woman ever to serve in the Senate — while he was standing next to Kamala Harris — none suffered any major damage. Right at the end of the evening, Buttigieg became the target of a strange tag-team attack by Amy Klobuchar and Tulsi Gabbard, two women who will likely pretend not to know each other at the congressional Christmas party. Since even now, an hour later, I can’t remember what the so-called substance was, it probably made no difference.

Of that leader-board group, I thought Sanders had the best night. Bernie looks a bit older and has turned down the volume a bit since his recent heart attack, but his vigor is undimmed. An issue that was a distinct weakness in his 2016 campaign, foreign policy, has become perhaps his greatest strength. Most Democrats still mouth the most banal Washington-consensus platitudes about global affairs or simply skate past them, but Sanders can offer a highly developed critique of U.S. foreign policy that echoes two divergent examples: Barack Obama in 2008 and George McGovern in 1972. He’s the only candidate even remotely willing to challenge our abject failure to address the Israeli-Palestinian question, perhaps because it’s difficult to label him an anti-Semite. (Which is not to say people aren’t trying.)

I have no confidence any of that matters; the people likely to vote for Sanders on that basis are already doing so. A large proportion of American voters, including liberals and Democrats, don’t exactly believe the outside world exists, or view it as a set of abstract problems that the U.S. must either solve with bombs or walk away from.

Oddly enough, foreign policy was the nominal ground for the night’s supposed headline moment, a heated exchange between Harris and Gabbard that offered a rematch of their encounter a few months ago — the one that appeared to end Harris’ brief run as a “top-tier candidate.” (I continue to believe that the fact Harris petulantly described herself that way after that debate was more damaging than the hammer-blows she absorbed from Gabbard during it.)

This time around Harris was far more composed, and a great many center-left observers saw her as the winner of that battle — in staccato rapid fire, she attached Gabbard to Fox News, Steve Bannon, Donald Trump and Syrian President Bashar al-Assad — and perhaps the winner of the whole evening. I would make a couple of points, the first being that a brief throwdown between two candidates now polling in the low single digits is pretty close to meaningless, at least in electoral terms. The second is that despite that, it tells us something about the current state of the Democratic Party.

Indeed, the fact that Harris, who looks on paper like the pundit-perfect Democrat to run against Trump in 2020, felt the need to pursue a blood feud against the outlying-est of outliers in the field only testifies to the California senator’s striking weakness as a real-world presidential candidate. As was true the first time around, Gabbard v. Harris serves as a political Rorschach test of sorts: Who you think “won” their exchange is largely a function of where you fall on the spectrum that goes from #StillWithHer to #FreeJulianAssange.

Judged purely as performance, Harris indeed had a good night: She was angry, focused, articulate, alert. But the problem is precisely that performance is the only basis on which to judge Harris, because her actual personality and principles are impossible to discern. She has dumped her previous campaign persona as the pragmatic listener and connector who knew what America’s parents were worried about at 3 a.m., presumably because it wasn’t working and never felt authentic. Now, or rather once again, she’s the fire-breathing prosecutor with a bit of street swagger, ready to clap the cuffs on the creeper in chief.

Harris is clearly more comfortable leaning into “Kamala is a cop” than trying to run away from it. If she had run that campaign all along, there’s no telling what might have happened — but then again, to stick with the same signal and persona she would have had to be someone completely different. To this point Harris’ core demographic seems to be middle-class liberals who see her as a semiotically perfect candidate out of a prime-time drama, and who believe (on no other evidence) that she can unite suburban women and black people in the South and at least some white progressives and, as she herself put it on Wednesday, “re-create the Obama coalition.”

Kamala Harris is a constructed character of sorts, in a realm that (for now) values the appearance of authenticity and the somewhat convincing performance of sincerity. Liz Warren, Bernie Sanders and Joe Biden, whatever you make of them individually, have been the people they are now for a powerful long time. There are many valid criticisms one could make of Pete Buttigieg, starting with the question of why in the name of Jesus Christ crucified a small-town mayor who won his last election with a grand total of 8,500 votes is running for president. But during his 36 seconds on the national stage, I don’t think he has struck anyone as insincere.

In any case, Harris’ last stand — having shed much of her staff in other states and placed all her chips on the Iowa caucuses — is to appoint herself heir to the Obama coalition, which made Joe Biden feel rather put-upon and no doubt had actual Obama BFF Deval Patrick grinding his teeth backstage, or under the stage, or wherever he was. I don’t imagine that will work for Harris, but the battle over Obama’s ambiguous legacy reflects a deep confusion in the Democratic Party that goes well beyond her fading campaign: How do you go back to a vision of the future you had in the past without being left behind by history?