It's the Republicans' biggest impeachment lie, and Americans could fall for it

Trump did not fail to extort the Ukrainians — he got caught in the act. This distinction is incredibly important 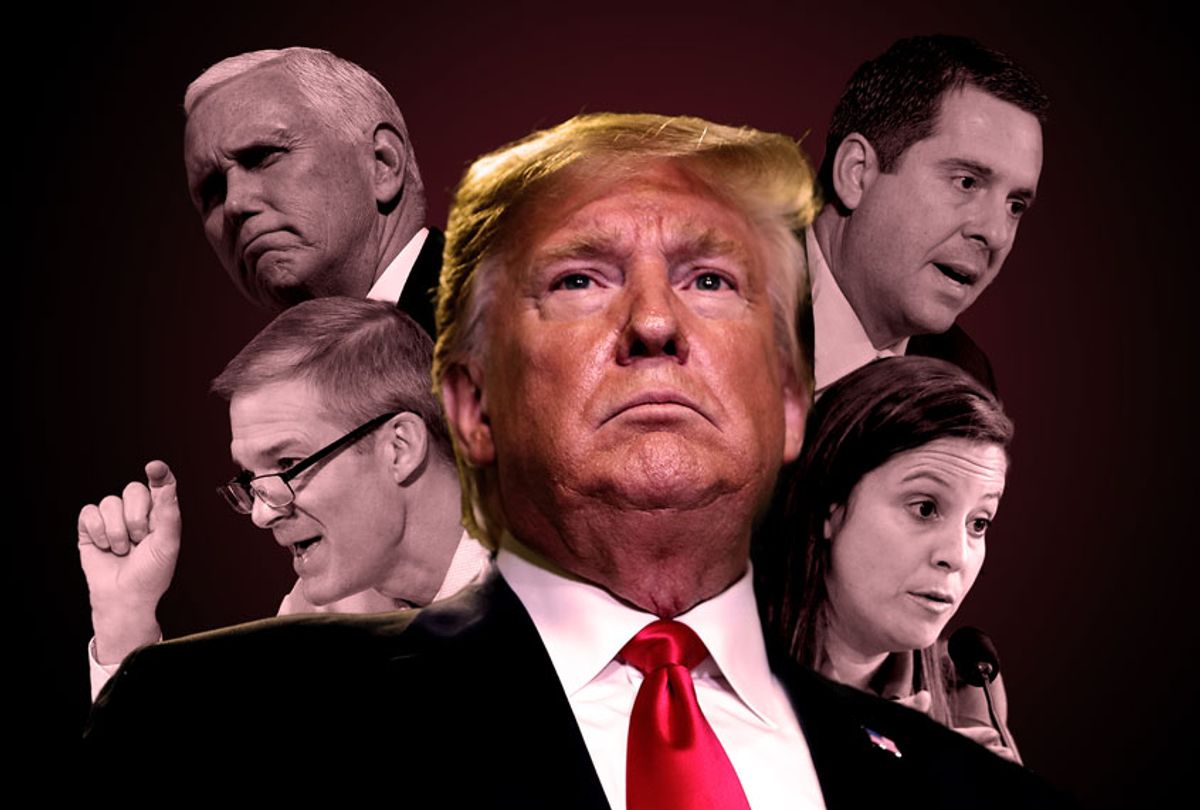 “For the millions of Americans viewing today, the two most important facts are the following,” Rep. Elise Stefanik, R-N.Y., said on the first day of public impeachment hearings. “No. 1: Ukraine received the aid. No. 2: There was, in fact, no investigation into Biden.”

Stefanik’s side wants this to be the central point that sticks in our heads: The alleged quid pro quo, where Ukraine would receive military aid appropriated by Congress on the condition that it cooked up an investigation into former Vice President Joe Biden, did not actually occur because Ukraine received the aid — the quid — and never publicly announced an investigation into Biden — the quo.

The extended media arm of the Republican Party has diligently recited this chorus, as well. The right-wing commentator Laura Ingraham said on her Fox News show, “Remember, Ukraine got its military aid. It was 14 days delayed — big deal. And, remember, Ukraine never made any public statement about any investigation.”

While those are both falsehoods — the aid was actually delayed 55 days, and Ukrainian President Volodymyr Zelensky was, according to CNN host Fareed Zakaria, scheduled to announce an investigation into Biden on Zakaria’s show on Sept. 13 — we can clearly see the ruse Ingraham seeks to advance.

What is most alarming is not that the GOP is promoting this talking point, but that it appears to be working. Following the impeachment proceedings, The New York Times podcast The Daily concluded with an assessment by top national security reporter Michael Schmidt:

“It’s a reoccurring theme in the Trump story: The president tries to do something but ultimately is not effective enough to actually get it done. So, should we penalize him for those attempts? Does the attempt . . . reach that bar for Congress to remove the president?

“And that’s where the debate may be in the coming weeks for the rest of these hearings.”

Schmidt was referring to President Donald Trump’s habit of trying to do horrible things and either forgetting — such as when economic adviser Gary Cohn reportedly took papers off of the president’s desk, causing him to forget he wanted to leave NAFTA — or being outright thwarted by his staff, like when he allegedly ordered White House counsel Don McGahn to obstruct justice in the Russia investigation but McGahn refused. The Ukraine scheme was not that: According to testimony from administration officials, Trump and his associates were successfully carrying out their scheme, which only ended once Congress used its oversight powers to stop it.

Nevertheless, Schmidt determines, “It didn’t happen, and that dilutes the importance of it.” This captures is what is so worrisome — not only that the GOP’s revision of history is untrue but that crucial mediating voices appear to be buying it.

The truth lies in two key dates: On Sept. 9, news of the whistleblower complaint broke into the public sphere, and the House officially launched an investigation. Two days later on Sept. 11, the military aid was released.

Here is why this sequence of events is so important: Imagine someone broke into your home and stole your laptop. A month later, the cops nab the crook, find your laptop in their apartment and return it to you. The crime, in this instance, is robbery. The crime is not attempted robbery just because the laptop was ultimately released. When legal powers step in, the clock on justice begins.

Trump did not fail to extort the Ukrainians. He got caught in the act. Only after House Speaker Nancy Pelosi announced the launch of an official investigation into his scheme did the aid flow.

If we accept the GOP talking point that a crime did not actually happen because it ended once the president was caught, and that Michael Schmidt is, indeed, right that the debate over the coming weeks will be about an attempted crime, then America is in big trouble. Not only for the outcome of this impeachment inquiry but also for the fortitude of the institutions we trust to help us referee fact from fiction.

Schmidt’s acceptance of the GOP talking point — that what happened with Ukraine never actually happened — should remind us all once again of Orwell: “And if all others accepted the lie which the Party imposed — if all records told the same tale — then the lie passed into history became truth.”