When warmed in butter, raisins grow plump and their flavor goes from cloying and tannic to gently sweet. 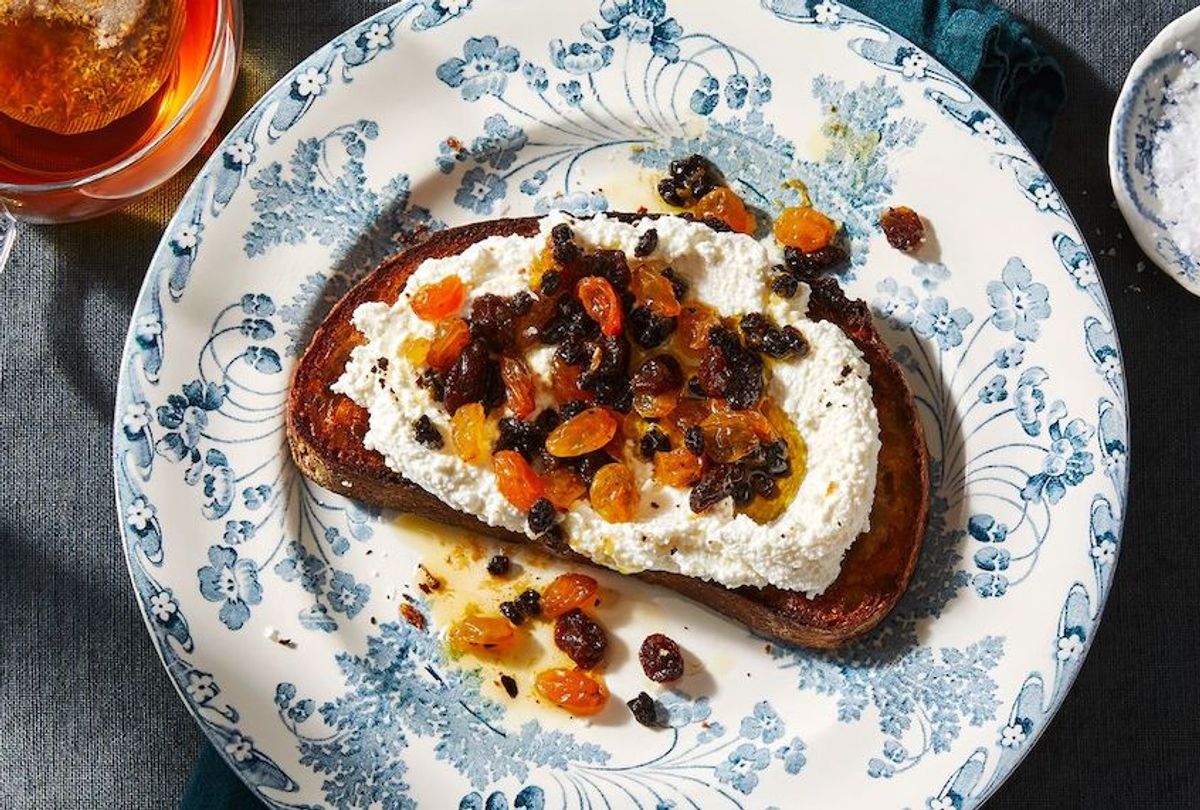 A box of raisins left over from last month’s oatmeal cookie recipe, a cup or so of (sniff) still-fresh ricotta, a knob of butter left in the dish, half a loaf of good bread in the back—oh, wait, here we go. It may not seem like much, but these seemingly sad ingredients were what led to my new favorite breakfast. When they’re all dressed up on a plate, this meal looks way more luxe than you’d think.

So, the raisins. I’ll be honest, I’m not a big fan. Unless we’re talking ants on a log, which I will defend to the ends of the earth, I just don’t see why anyone would eat raisins when there are so many other dried fruits out there.

But then I started frying raisins in butter, and everything changed.

When warmed in a little butter and olive oil, raisins grow plump and their flavor becomes gently sweet. No longer tough and chewy, the raisins become a whole new condiment, something like a conserve (but with far less work). Just imagine those warm pieces of fruit over creamy ricotta and crunchy toast, popping in your mouth, butter dripping down your chin...

After a few tries with classic brownish raisins, I opened the casting call: sultanas, currants, maybe some other dried fruit in there for good measure. Sultanas, also known as golden raisins, are made with the same white-fleshed Thompson Seedless grapes as classic raisins. But instead of drying for weeks in the sun, golden raisins are dried in dehydrators and treated with sulfur dioxide to preserve their color. Currants are also a type of raisin, sometimes. True currants are just that: the fruit known as “currant”; whereas packages labeled “Zante currants” are in fact teeny grapes. They’re more commonly sold as dried fruit in grocery stores.

Of course, there’s nothing stopping you from using any dried fruit you have on hand: dried cranberries, blueberries, and cherries all work beautifully here. Dates, prunes, and apricots work, too, though you’ll want to give them a rough chop first as they’re a big larger.

You’ll never look at half a box of raisins with disdain again.

Directions
1. Melt butter with olive oil in a nonstick skillet over medium heat. Add ginger and orange zest and let sizzle for 10 seconds.

2. Add the dried fruit to the pan and cook until fruit is warmed through, about 2 minutes. Remove the pan from the heat. Pick out orange zest if you don’t want to eat it (but doesn’t it look pretty left in?).

4. Slather each piece of toast with ricotta, then spoon on buttery raisins, making sure to get some of the juice on each piece. Top with a shower of flaky sea salt and a few grinds of black pepper.