With "Dolly Parton's Heartstrings," you know 'tis the season for feel-good culture

From Mister Rogers to "Mrs. Maisel," TV and movies are acknowledging that the world needs to feel a little better 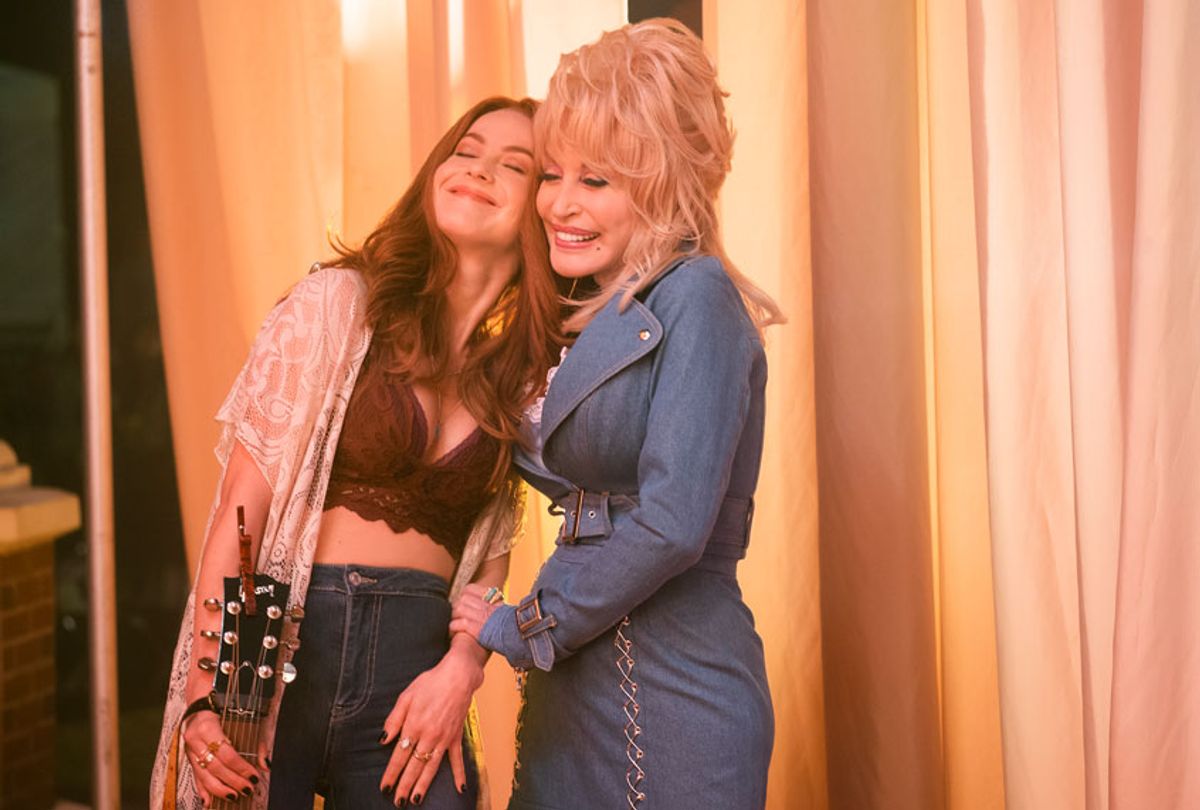 The New York Times headline “This Tom Hanks Story Will Make You Feel Less Bad.” might as well have been a neon sign in a bodega window that blares, “FREE HAPPY PILLS AND ENDLESS COOKIES AVAILABLE HERE.”

Consider the minimalist, assuring verbiage, the attainable guarantee and the implied understanding of your fragile emotional situation. It doesn’t promise to make you feel better. No. “Less bad” is more than enough. “Less bad” is doable.

Lots of people are angry with the New York Times in 2019, but I can’t imagine anyone with a beating heart who didn’t at least pause to consider the sales pitch from that Nov. 13 story or feel the slightest lift at gazing upon Tom Hanks’ smiling, bearded face. We live in exhausting times, after all, so the notion of something, anything, giving us a lift or a break from despair is easy to snuggle up to.

And guess what? The headline did not lie. The story made me cry, but not for the usual reasons 2019 has played out as a 365-day weeping song or murder ballad. Rather, it employed the impossible-to-lose combination of subjects and talking points: Tom Hanks talking about Fred Rogers, and the flawless combination of Tom Hanks playing Mister Rogers in the big-screen adaptation “A Beautiful Day in the Neighborhood.”

“Beautiful Day” hits theaters just in time for Thanksgiving, an emotionally fraught holiday at the best of times. If you’re in need of a welcome, stirring emotional diuretic, I hear it does the job magnificently. It’s out in time for awards season, of course, but I also wonder if part of the reason it’s been released now as opposed to a week or two from now is because we need the hell out of a movie like this.

Each year that we slide into the holidays brings the reliable traditional programming – your “Rudolph the Red-Nosed Reindeers,” your Hallmark Channel round-the-clock movie marathons, the pre-emption of regularly scheduled programs for the lighting of the tree at Rockefeller Center.

But I wonder, though, if there’s an added layer of murky blue to the usual bouts of seasonal depression, light version or extra-special dark, that grips so many of us at this time of year. It certainly seems that TV is counting on us being in a downer spiral, or how else could you explain the existence of “Dolly Parton’s Heartstrings”?

Actually, the Netflix anthology series, executive produced by Parton, is a no-brainer from a business perspective. In 2015, NBC greenlighted a TV movie based on Parton’s song “Coat of Many Colors,” and more than 13 million people tuned in, making it the highest viewership for any TV movie, made for television or theatrical rebroadcast, on any broadcast network since 2012.

Naturally Netflix sees an opportunity, and Parton sees a mission in bringing “Heartstrings” to the air, a work that’s as much about cementing her legacy as a multi-platform-conquering performer as it is getting a piece of the Hallmark movie market without getting bogged down in seasonal specificity.

“Heartstrings” features stories based on eight of Parton’s songs – eight!—including “Jolene” (of course), “Two Doors Down," "If I Had Wings," "Cracker Jack," "Down from Dover," "Sugar Hill," "J.J. Sneed" and "These Old Bones." The series, according to the official description, is informed by “stories, memories and inspirations behind some of Parton’s most beloved songs.”

“Jolene,” for example features a bottle redhead Julianne Hough in the title role, and “These Old Bones,” stars Kathleen Turner and Ginnifer Goodwin, as an misunderstood old hill woman and a plucky lawyer, respectively. These titles are the episodes that were made available for review, and while I knew what to expect based on past experience with “Coat of Many Colors” and Parton’s general brand, which is as family-friendly as her bosoms are ample, I was sugar-shocked by the concentrated schmaltz rubbed across my face from the very first frames.

In ordinary times, “Heartstrings” would be the sort of series that makes someone like me crack her knuckles in gleeful anticipation of doling out a critical beating. It is . . . not for everyone.

But it is for a lot of people, mainly people who just want to visualize better times and envision a world where women respect women who prefer bare midriffs and very low-cut tops and everybody is full of God-light. Which is on brand!

The writing may be agonizing at times to the ears and the cynical brain, but again – we’re tired. Let’s all scream it together like a rampaging Reese Witherspoon in “The Morning Show”: We’re exhausted!  And in the right frame of mind, if you’re going to be honest with yourself, watching Kathleen Turner roll an Appalachian accent around in her mouth like a robust tobacco chew while helping folk isn’t as terrible as you might think.

“Heartstrings” is an acquired taste, it’s true. But Parton herself is a universally adored figure that you wish were available to call you sugar and sing you a lullaby as you softly cry yourself to sleep for the 280th time this year. In lieu of that, there’s this cuss-free celebration of what Dolly calls the best in people. True enough, “These Old Bones” and “Jolene” are both cautions against judgment, making their pleas for acceptance in the form of Turner’s character dispelling local legends that she’s a witch, and Hough’s busty bartender with a heart of gold asserting her right to not be limited by people’s assumptions about her looks, but mostly about her boobs. Again – on brand!

Provided “Heartstrings” is not your grain of Dollywood, even as fatigued as you may be, the good news is that other seasonal dis-affective programming is just a week or two away.

The second season of NBC's craft competition “Making It” starring BFFs Amy Poehler and Nick Offerman shows up on  Monday, Dec. 2 at 10 p.m., and it’s wonderful!

Amazon's “The Marvelous Mrs. Maisel” and its irrepressibly upbeat yet appropriately wry cheeriness drops on Friday, Dec. 6. There’s this crazy series called “Flirty Dancing” coming to Fox at the end of December. Chin up, good people. Remember, the goal is set reasonable expectations. If you can’t feel better, feeling less bad is works.

Worst case scenario, a little Dolly might do you some momentary middlin’.