The acting legend sits down on "Salon Talks" to discuss her role on "Dolly Parton's Heartstrings," Broadway & more 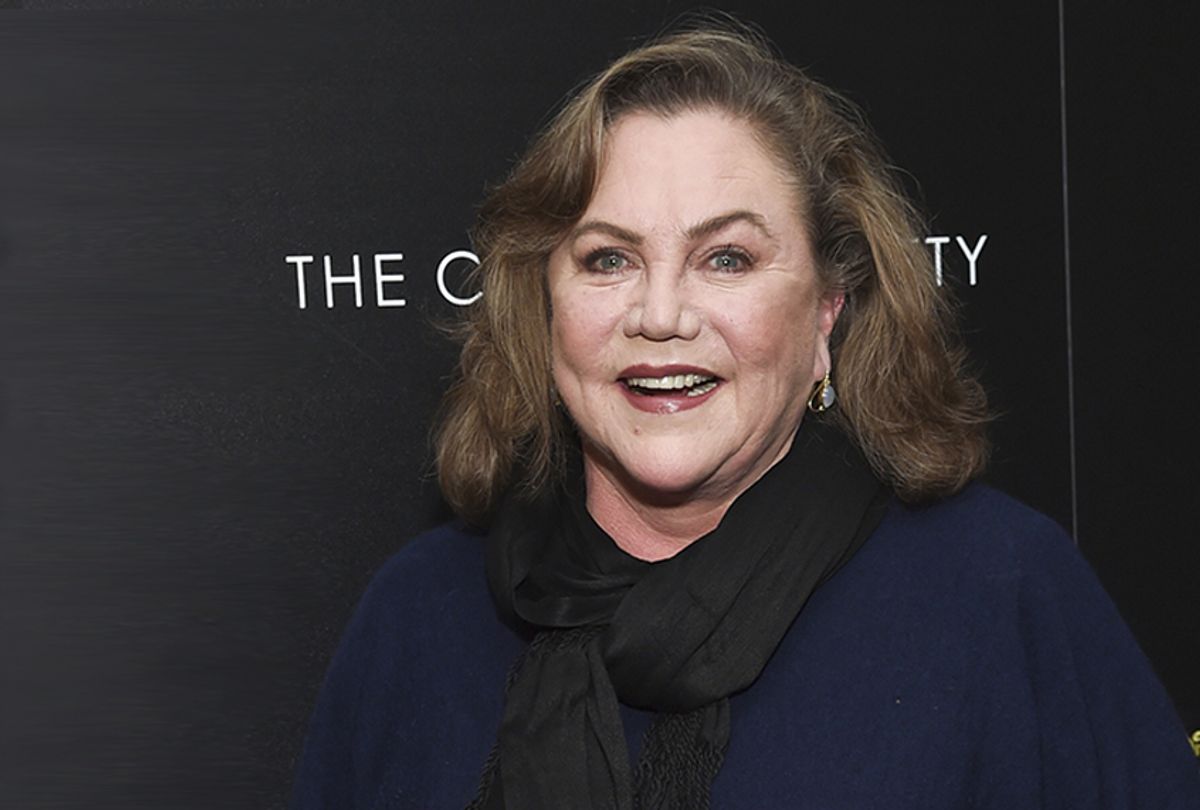 I can’t get Kathleen Turner’s performance as Donald Trump out of my head. It only lasted a moment, but in that moment, I believed the character. And let me tell you — it was chilling.

If your frame of reference for Turner remains stuck somewhere around the femme fatale of “Body Heat” and the voice that comes out of Jessica Rabbit, you might be forgiven for forgetting just how accomplished a performer she truly is. She was nominated for an Academy Award for “Prizzi’s Honor.” She’s snagged two Tony nominations, and she’s won two Golden Globes. She’s written two books and put together a cabaret act. And in her latest screen performance, she plays a salty, enigmatic Tennessee mountain woman. So of course she can recreate exactly how the current occupant of the White House shakes a woman’s hand.

I had been, admittedly, nervous about speaking to the legendary actress on "Salon Talks." Turner is outspoken, does not suffer fools and has a famously long memory. But what I learned over the course of her brief visit is that Turner is a vivacious, earthy lady who walks into a room wearing sneakers and will ask, in the midst of a bustling press day, if she can eat her sandwich at a free desk. And when you tell her, honestly, that she is synonymous with glamour and sophistication, she’ll smile and give you the throaty retort, “Not anymore, honey.”

Watch video of my interview with Turner below:

The new Netflix anthology series “Dolly Parton’s Heartstrings” takes eight classic Parton songs — including “Jolene” and “Two Doors Down” — and brings them to life. For “These Old Bones,” Turner plays Bones, a clairvoyant who finds herself at odds with a land and timber company trying to move in on the local families. It’s a meaty role, featuring dramatic witness stand revelations and speaking in tongues, but it’s also an unambiguously vanity-free one. For the role, Turner sports a long gray braid, padding, and a bag of animal remains on her belt.

“I had five layers of age makeup on,” she recalls. “It took an hour and a half to get off at the end of the day — that immense wig, body padding. It was one of those things where you leave the makeup trailer and you hope you never see a mirror again. The joke always is, the costumer coming and saying, ‘Now, is there any costume you'd like to take with you?’ You go, ‘No!’

After spending much of the '80s and early '90s as a star — and sex symbol — Turner found out how quickly the industry and the public can change its tastes. She once told The Guardian than when entered her 40s, “The roles started slowing down. I started getting offers to play mothers and grandmothers.” She also found herself dealing with serious health challenges.

“I was told I'd be in a wheelchair the rest of my life because of rheumatoid arthritis,” she says. “At that time, 20-some years ago, they had none of the medications that we have now. And because there's no cure, there's still no cure, you just have to find a way to stop it before it goes too far. I am so thankful for the new medications, because there is no other way of stopping it. As it is, I've had to have joints replaced and cut out. For eight years I thought, ‘Well if it's October, I'm having an operation.’”

Turner tried for years to keep her condition hidden, but that created its own complications. “The only thing they really had to treat this was prednisone,” she explains, “and prednisone, blows you up.” The toll wasn’t just on her outer image. “They would hire a drunk,” she said, noting the industry’s often warped logic. “They would hire somebody that's a drunk because they figured they could control them. But someone with a disease they did not understand is very frightening to them. If my hand couldn't hold a mug, and it would slip, they'd go, ‘Oh,’ like I had been drinking or something. No, it's because my hand won't hold it.”

She took a few steps back, realizing that, “It was also my choice in that I did not feel that I had the certainty that I could be the central character again, be the lead. What if I couldn't literally go to work that day? I couldn't make a commitment because of that. I took some supporting roles, some secondary roles, just to keep moving and keep working.” And she kept getting cast, and playing against expectations. “Certainly I had been accused or assumed that my looks were my most powerful asset. They think that of every woman, I think.”

That hasn’t much changed over the years, either. “The pressure on young women today to be thin, to be blonde, is just incredible,” she says. “I actually worry about their health sometimes. I love to teach. I do master classes, sometimes traveling, sometimes in New York. I started to get these picture resumes that listed a number of followers. So I asked one of them, ‘Why do you have this on your resume?‘ They say, ‘Oh, the casting directors ask for it now.‘ I say, ‘Wait a minute. So you're telling me that someone who has more followers might get the role even if they're not as good?‘ They said, ‘Yes.‘ This is insane. The truth is if you want something to be successful, get the best talent you can. If it's good, they'll get the followers.”

As for Turner, she vows, “I am not on Facebook and never will be,” and she’s busy taking on new and different roles, including a quasi “Romancing the Stone” reunion on “The Kominsky Method” as Michael Douglas’s ex wife. And when she had a chance to play a “pretty tacky” character five years ago in “Dumb and Dumber To,” she was happy for the challenge. Back then, she says, “It was, okay. This is what I look like now. Get used to it.”

But her character in “Heartstrings” came from a different place. “Honestly, I didn't think about that at all with Old Bones. I just thought how best to do her, to find her. Let's start with how it's an old hillbilly, a mountain woman,” Turner says. “I read the script and I liked it, but I thought, I don't know. And then Dolly Parton calls. I was pretty taken aback, honestly.”

Turner recalls that Parton told her, “I want you to do this, so this one is really important to me. When I was little, Old Bones lived up the mountain. We kids all thought she was a witchy woman, but she wasn't. Every once in a while I’d go up there because we was 12 [siblings] so we was always hungry. She’d give me a cookie or a piece of cornbread. One day she said, 'Miss Dolly, you are anointed.' I went home, and I asked my mama, 'What's anointed?' And she said, 'That means touched by God.' So you see, Old Bones, she was the first to know.”

Turner pauses to let a little of that Dolly Parton storytelling magic settle over the room. Then she says, “That why it meant so much to her, because Old Bones was the first one to recognize what she was.”

As we near the end of our time together, I can’t resist asking Turner about her revulsion while shaking Donald Trump's hand three decades ago.  “Yuck,” she’d said in a Vulture interview last year. In a photo from that event, her body language seems to show her recoiling from the future frequent “Fox and Friends” call-in guest.

“Can you channel it now?” I ask her. Then I hold out my hand.

“Well, I look around,” she says. "I would give it to him, of course, out of courtesy. And then he takes his index finger, and rubs it, rubs it there.”

She places my right hand in hers and, accommodating a request I am now deeply second-guessing, stroking it slowly with a single  finger. “Which he thinks is really very sensual and sexy or something,” she says, “and which just feels awful.” I, meanwhile, am shuddering.

In the days that follow, I demonstrate the "Donald Trump by way of Kathleen Turner" handshake to a variety of people. I show it to a friend as we ride the subway together, and at her final stop she gets up and says, “I’m still not over that.” I do it at a restaurant with a group of female professionals, and a collective groan rises from the table.

Kathleen Turner deserves every award she has ever been nominated for, because after that convincing little bit of mimicry, I wanted to cut my arm off. Instead I asked for a normal handshake, which she cheerfully provided, slipping easily back into the role that’s made her a legend — Kathleen Turner herself.