No, it has nothing to do with a naked blue guy or squid 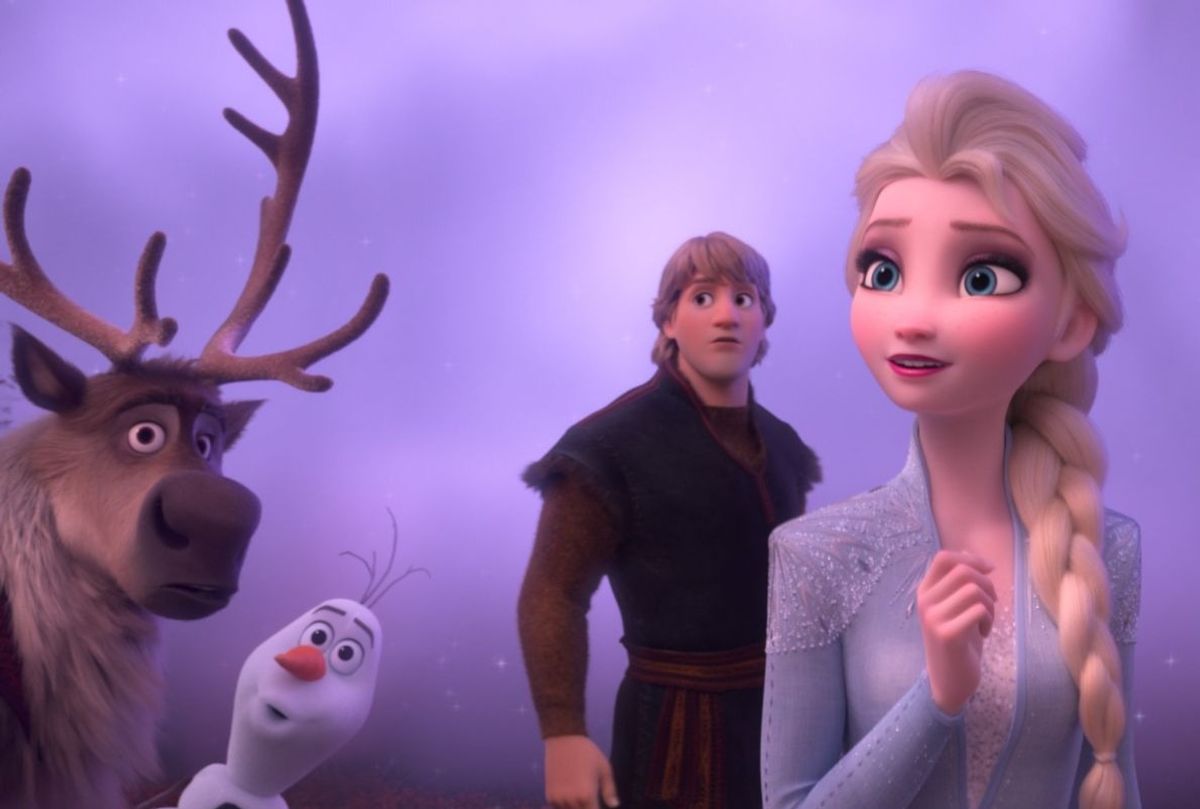 What do Snow Queens and reindeer have to do with blue superheroes and cops who wear masks? Not much, to be honest. Nevertheless, Disney's animated sequel "Frozen 2" does bear a significant, thematic resemblance to the premium cable drama "Watchmen."

In HBO's dark and wildly imaginative alternate history series created by Damon Lindelof ("Lost," "The Leftovers"), he continues the story that was laid out in Alan Moore and Dave Gibbons' graphic novel of the same name but with a key difference. While the original "Watchmen" examines America through the lens of the Cold War, HBO's series turns its focus to white supremacy and its effects.

The first episode begins with the real-world 1921 massacre in which white mobs attacked black residents and businesses in the Greenwood District of Tulsa, Oklahoma. This resulted in the deaths of an estimated 100 to 300 black men, women, and children. This horrific event wasn't the first of its kind on U.S. soil, but it was the largest. It was also conveniently "forgotten" in the pages of schoolbooks. Much of white America, like Lindelof himself, were shocked and chagrined that such a crime could be perpetrated, much less erased.

"Watchmen" uses the massacre – and the subsequent reconstruction and reparations – to highlight how a dark and bloody history can be buried by the majority in power. Deciphering what about one's reality is true or possibly misinformed by the past is an ongoing theme in the series. But also, the show explores how memories, trauma, and resentment can be passed along. This may result in a reckoning, whether it's government-sanctioned or exacted through vigilante justice.

What does this have to do with a delightful family tale about two sisters who like to build snowmen? In "Frozen 2," an event similar to the massacre (but obviously not as graphic) occurs that has had long-lasting consequences.

In the film, the magic-wielding Queen Elsa of Arendelle sets off on a journey where she discovers a bizarre event connected to her late grandfather, King Runeard. About 30 years ago when he was on a diplomatic visit to celebrate the construction of a dam with the Northuldra people, fighting mysteriously breaks out and the surrounding forest appears to come alive and trap the combatants in a magical mist. As one does.

In investigating this phenomenon, Elsa and her sister Anna uncover a disturbing truth: Runeard had the dam built because it benefitted Arendelle, but harmed the Northuldra lands. When confronted by a Northuldra leader about this, Runeard killed the unarmed man. This not only created the war, but also triggered the elements of the magical forest to indeed revolt.

This isn't a simple story of betrayal though. "Frozen 2" clearly depicts the conflict as one between the white colonizer and the indigenous, peaceful people who are in touch with nature. It's a grim story that has been repeated too many times in our real history to be misunderstood by even the most casual moviegoer. 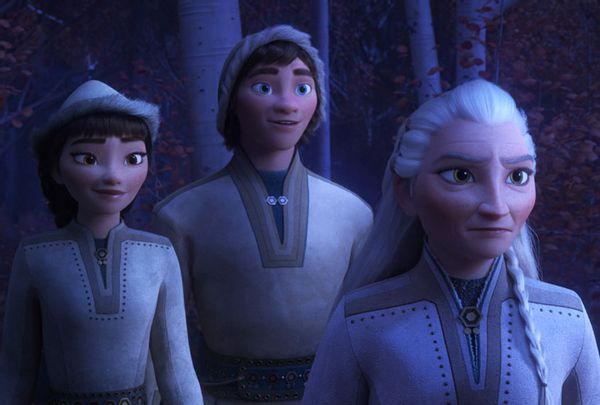 And while American audiences will draw parallels to the European invasion of lands belonging to the Native Americans or First Nations, this is a story that didn't have to travel overseas for inspiration. "Frozen" has roots in all things Northern European and Scandinavian: Denmark for its adaptation of Hans Christian Andersen's "The Snow Queen," Norway for the kingdom of Arendelle (based on Arendal), Finland for the mythical river Ahtohallan (Ahto = god of waters, hallan = frost), Norse mythology for Queen Iduna and King Agnarr, and countless more examples.

Therefore, producers didn't look far from Scandinavia to find the real-life models for the fictional Northuldra. (Incidentally, according to fantasy lore, uldras are fey creatures that dwell in the arctic wilderness in harmony with the natural world.) The Sámi are indigenous people sometimes known as the Laplanders who live in northern parts of Norway, Sweden, and Finland. They're known for their brightly colorful native garb and a number of livelihoods, including fishing, fur trapping, and . . . reindeer herding. Yes, these are Kristoff's soulmates. They were also featured in Netflix's animated Christmas film "Klaus."

Unfortunately, the Sámi people have also been subject to atrocities and indignities for their traditional ways of life and their unique genealogical ancestry. Their treatment had included, but was not limited to: having their lands taken, culture discriminated against, being burned for "witchcraft," women being sterilized as part of eugenics, and graves plundered for access to study Sámi DNA. Today, they're still facing cultural and environmental threats.

"Frozen 2" doesn't go that grim and delve into any other crimes than the ones perpetrated by King Runeard, but it doesn't have to either. It's very likely that he wasn't alone in his treatment of the Northuldra. And while the horrifying revelation only takes a few minutes, the entire movie revolves around this unresolved conflict that has parted two sets of people for decades.

Like "Watchmen," "Frozen 2" makes a point to interrogate the past and the veracity of the stories that have been told. The fantastical forest tale was one told to young Anna and Elsa by their father King Agnarr, who as a young man survived the magical attack so he could rule Arendelle after his father Runeard perished. It's all true, albeit incomplete and lacking in understanding.

Besides Runeard's crimes, it's also revealed that Agnarr escaped thanks only to Iduna, who is of the Northuldra and eventually becomes Agnarr's queen. While this contributes to a romantic "Romeo & Juliet" narrative, it also creates a clear motivation for Anna to do the right thing once Elsa is sidelined. The younger sister destroys the dam, thus restoring the Northuldra ecosystem and reestablishing a peace of sorts. But Anna and Elsa still have a stake in Northuldra because the revelation about their mother means that they owe allegiance to both lands . . . and are biracial, something Henry Louis Gates, Jr. would have been thrilled to reveal.

"Frozen 2" succeeds in being a stealth Thanksgiving tale (having been released the week before that fraught American holiday) better than the more obvious but problematic "Pocahontas" could. It not only acknowledges the literal sins of the father, but also that leaving those in the past is not enough to erase their effects. Actions that are impactful and ongoing are necessary. It's not as simple as telling people to "Let It Go."