Scientists say fine particulate matter is one of the most severe environmental health risks in U.S. 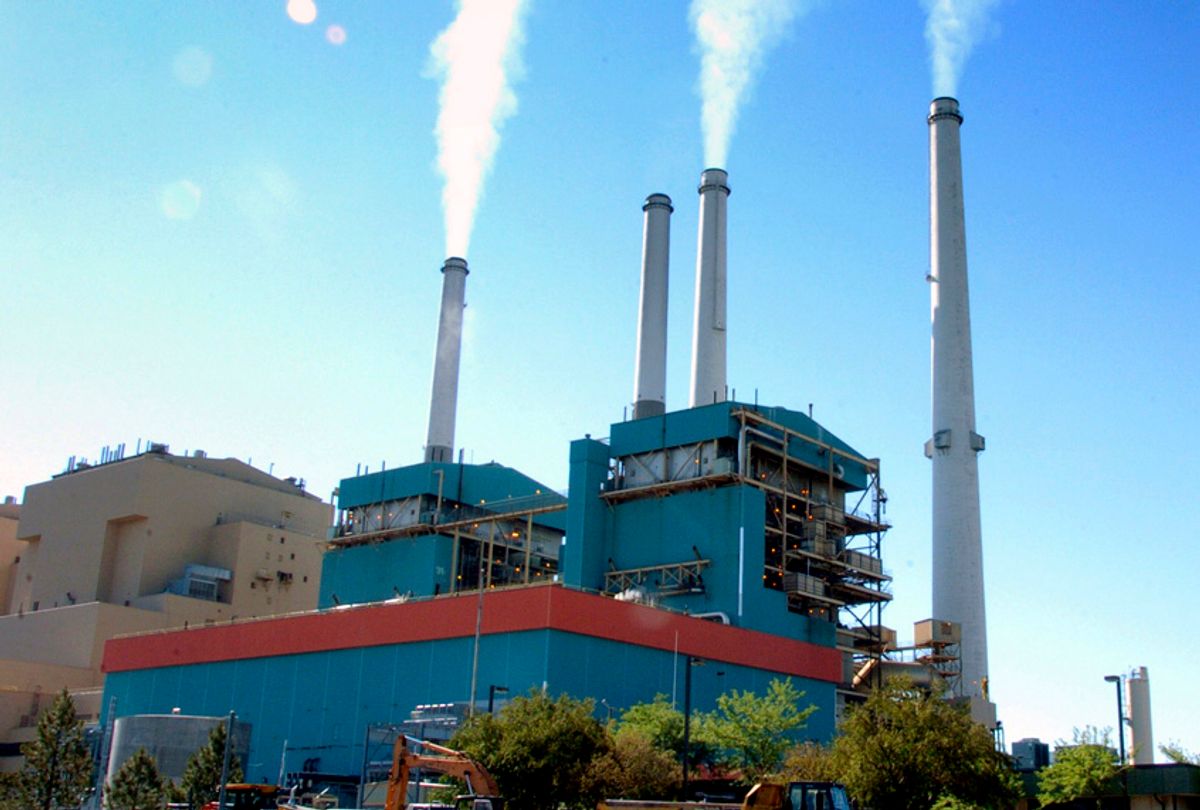 Air pollution from power plants caused 16,000 premature deaths in the United States in 2014, according to new research on the sources and destinations of fine particulate matter produced by electricity generation. The state-by-state study had some other troubling findings, too: Exposure to the toxic pollutants varies by race and income, and in many cases fine particulate matter travels beyond the state where it was produced.

Julian Marshall, a professor of civil and environmental engineering at the University of Washington and co-author of the study, told Grist that his team’s findings highlighted an important reason to address air pollution, while at the same time revealing a major challenge.

Fine particulate matter — also called PM 2.5, because it consists of particles less than 2.5 micrometers wide — is bad news. It’s one of the most severe environmental health risks in U.S., contributing to a range of medical problems, including respiratory and neurological diseases. Scientists say it causes more than 100,000 premature deaths every year in the U.S. It ends up in the atmosphere from a range of different sources, from fires to construction sites, but this study exclusively looked at the fine particulate matter associated with the electric grid — more than 90 percent of which came from coal-burning plants.

Marshall’s study isn’t the first to reveal that people of color are more likely to encounter health-threatening pollutants — that’s environmental justice 101, unfortunately. But by analyzing simulations of the dispersal of fine particulate matter based on emissions and weather data and then comparing it to census demographic information, his team made a few new discoveries.

For one thing, both black and low-income households are disproportionately exposed to unhealthy levels of fine particulate matter around the country. But according to Marshall’s team’s findings, race trumps income. Regardless of wealth, black households were exposed to air pollution from power plants at higher levels than the general population.

The geographic distribution of fine particulate matter is also striking: PM 2.5 produced by electricity generation in one state is often blown into another state. Or to put it another way, pollution from Pennsylvania isn’t only killing Pennsylvanians — it’s also responsible for the deaths of dozens of New Yorkers, Rhode Islanders, Vermonters, and residents of other downwind states.

(If you’re curious about where your state’s fine particulate matter pollution is coming from — or going to — you can check out the nifty interactive map of the research team’s findings.)

Some states, like New York and Maryland, acquire more fine particulate matter from other states from outside than they produce themselves. Others, like West Virginia and Illinois, are “net exporters” of air pollution.

The Trump administration’s EPA has rolled back environmental regulations and supported fossil fuel-powered plants, threatening to reverse the decades-long trend of increasingly clear air. Some state and municipal governments have responded to inadequate federal measures by taking action to clean up their electricity production locally (and suing the federal government, but that’s another story).

While local measures are certainly better than nothing, Marshall’s team’s findings underscore the need for federal action. In New York, for example — where electricity generation-related air pollution caused nearly a thousand deaths in 2014 — the state legislature is currently considering a bill to make clean air a constitutional right. But that could be a pretty tricky right to guarantee, considering that not all of the fine particulate matter in New York is being produced there — it’s also being blown in from power plants in neighboring Pennsylvania and New Jersey, and as far away as Ohio, Michigan, West Virginia, Indiana, and Illinois.