J. J. Abrams: "The Rise of Skywalker" was almost leaked when an actor lost their script

Plus, check out the action-packed clips that J.J. Abrams debuted on "Good Morning America" 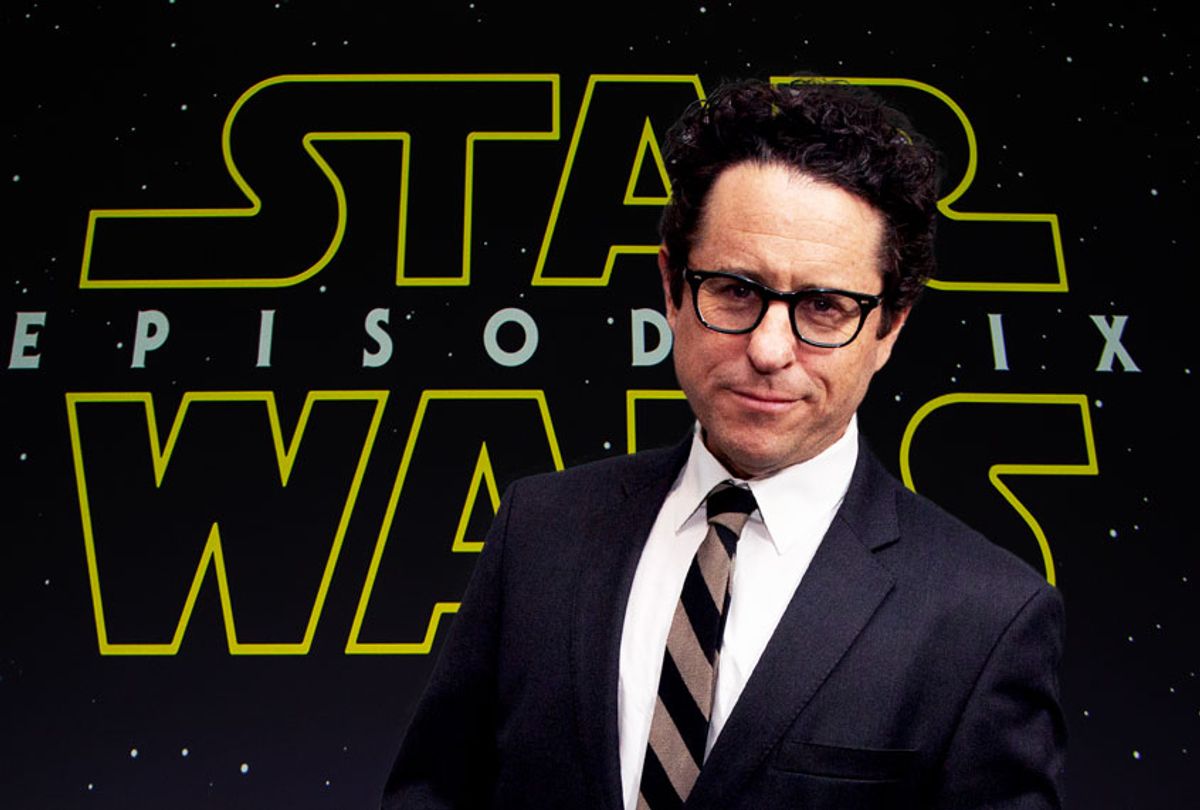 During a "Good Morning America" appearance on Monday, "Star Wars: The Rise of Skywalker" director J. J. Abrams discussed how one of the actors was careless with their script, and that almost created an incident where the final chapter of the Skywalker Saga was leaked to the whole world.

"One of our actors, I won’t say which one — I want to, but I won’t — left [the script] under their bed and it was found by someone who was cleaning their place and it was given to someone else who then went to sell it on eBay," Abrams said.

He added, "Someone at the company said there's a script that looks like it's a legit script that's for sale on eBay. They got it back before it sold."

Also, check out the approved and not-at-all leaked clip that Abrams debuted in the "Good Morning America" interview:

"The Rise of Skywalker" is reportedly going to wrap up the story of the so-called "Skywalker Saga" — that is, the eight "Star Wars" movies from 1977 to 2017 that include "The Phantom Menace," "Attack of the Clones," "Revenge of the Sith," "A New Hope," "The Empire Strikes Back," "Return of the Jedi," "The Force Awakens" and "The Last Jedi."

In order to provide closure not merely to one trilogy, but to a literal trilogy of trilogies, the new movie will have to address lingering issues like who was prophesied to bring balance to the Force, what it even means to bring balance to the Force, how Emperor Palpatine (Ian McDiarmid) has managed to stick around despite having been seemingly killed off at the close of "Return of the Jedi," whether Rey's (Daisy Ridley) parents really were a bunch of anonymous ne'er-do-wells, whether Kylo Ren (Adam Driver) can redeem himself after murdering his father Han Solo (Harrison Ford), and more. To be satisfying to fans, it will also need to provide closure to the story arcs of iconic characters from the original two trilogies like Luke Skywalker (Mark Hamill), Leia Organa (Carrie Fisher), C-3PO (Anthony Daniels), Lando Calrissian (Billy Dee Williams), Chewbacca, R2-D2, and perhaps even Anakin Skywalker/Darth Vader himself (Hayden Christiansen).

There have been a number of rumors circulating about "The Rise of Skywalker," ranging from the encouraging (such as a possible plot twist involving Rey's connection to Palpatine) to the disheartening (one source claims that the early test screenings for "The Rise of Skywalker" were a disaster). Because "The Last Jedi" was a controversial and divisive movie that left many "Star Wars" fans with a sour taste in their mouth (myself included), "The Rise of Skywalker" will also need to find a way of unifying fans in its favor in order to end the "Star Wars" saga on a high note. It has already been established that there will be no further movies in this series after "The Rise of Skywalker" has hit theaters, and considering that "Star Wars" has been a historic brand, that makes this film into a major event regardless of its ultimate quality.