Trump clears three accused war criminals and forces out the secretary of the Navy. It's a vicious, ugly power play 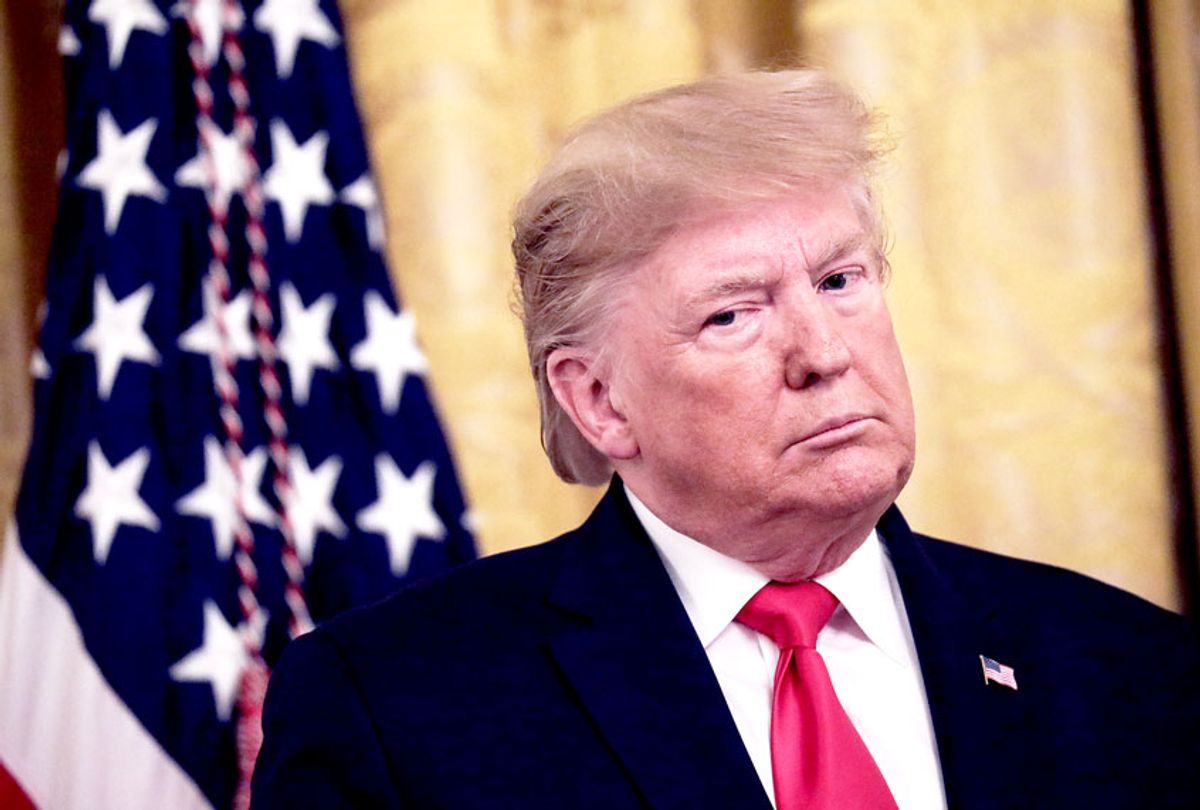 I have to admit that of all the spooky parallels between Donald Trump's and Richard Nixon's disregard for the rule of law and the U.S. Constitution, I didn't see the war-criminal coddling coming. I should have. Nixon famously had the My Lai mass murderer, Lt. William Calley, freed from prison and put under house arrest during his long appeal process. (He ended up only serving three years of his original life sentence and went on to live a quiet and peaceful life in Georgia.)

One of the pillars of Trump's 2016 campaign was his promise to order torture and his belief in the efficacy of mass summary executions, so it should come as no surprise that he too would be generous to members of the military who have done such things. Those two presidents have more in common than just hatred of the press and massive abuse of power.

Trump has taken an unusual interest in the military justice system since he entered politics. One of his oft-repeated shticks on the trail was to mock Sgt. Bowe Bergdahl, the soldier who had abandoned his post in Afghanistan and was captured and tortured for five years by the Taliban. Trump declared he should have been summarily executed for being a "dirty, rotten traitor" the way we would have done back in the good old days "when we were strong." He was very upset when Bergdahl was given a dishonorable discharge with no prison time, tweeting “the decision on Sergeant Bergdahl is a complete and total disgrace to our Country and to our Military."

By contrast, this month Trump overruled military leaders and cleared three members of the military who had been accused or convicted of war crimes, but whom the hard-right has championed as heroes. He ordered full pardons for former Army Lt. Clint Lorance, who was serving a 19-year sentence for murdering two civilians and Special Forces Maj. Mathew Golsteyn, who was facing trial for the murder of an unarmed Afghan. The most infamous of the three, Chief Petty Officer Edward Gallagher, a Navy SEAL, had been acquitted of murder but found guilty of a lesser offense in a dramatic trial this summer that got the president's special attention through his friend Pete Hegseth, a commentator on Fox News. Trump reversed Gallagher's demotion to allow him to retire with a full pension — even though it was his own men who turned him in for committing murder and other atrocities, at great risk to their own military standing.

In his pardon statement, the president said, "When our soldiers have to fight for our country, I want to give them the confidence to fight." By that, he meant he wanted to give them the confidence to commit war crimes and not worry that they will be held liable. Last month, Trump tweeted, “we train our boys to be killing machines, then prosecute them when they kill!” He believes in all-out war with no limitations. We don't have to imagine where that could lead. History is full of horrific examples.

There has been some discussion about the prosecutions of these men being faulty. That may very well be true. But let's not kid ourselves about Trump's motivations. The contrast between the way he reacted to the Bergdahl case and these cases illustrates that his concerns are not about due process or mercy. We knew he was a fan of war crimes, and now we know he likes war criminals too.

Fox News celebrated the releases of Lorance and Golsteyn, but the real star of this show is Gallagher, who has been all over TV, trash-talking everyone in the Navy hierarchy, including his former SEAL team and commanding officers. He's quite the performer and his appearance this weekend on Fox was one for the books:

The Navy had notified Gallagher that he was to face a review early next month to determine if he should retain membership in the elite SEAL force. Apparently, they do these reviews regularly and often remove members from that force for various infractions, none of which rise to the level of Gallagher's misconduct. His case is an obvious problem, not only because he is dangerously unhinged but because he can now act with impunity due to his close personal friend in the White House. That friend was watching Fox as they covered the story and immediately took to Twitter to countermand their plans, setting the president on a collision course with the Navy.

Over the past few days, there were conflicting stories in the press claiming that the review was off and then back on again, and that the secretary of the Navy, Richard Spencer, was threatening to quit and then not threatening to quit. On Sunday night it was announced that Spencer had been fired by Defense Secretary Mark Esper, allegedly for going directly to the White House to make a secret deal to allow the review but with a guarantee that Gallagher could keep his current rank and SEAL status. The Washington Post reported that this proposal was revealed to Esper by Trump himself:

Esper and Army Gen. Mark A. Milley, the chairman of the Joint Chiefs of Staff, learned of Spencer's private offer to the White House when they spoke with President Trump on Friday ...

Spencer distributed a letter that indicates a different reason for his firing, which is far more likely since the president is an inveterate liar who would hardly be offended by such a suggestion in any case. In fact it's ridiculous, and reminiscent of Trump's equally absurd excuse that he fired James Comey for being unfair to Hillary Clinton in the 2016 campaign.

I'm not sure why the media keeps saying this was a "resignation letter," since Spencer says he is "acknowledging his termination." Either way, and regardless of what came before, it's entirely likely that Trump watched that crazy Fox appearance by Gallagher in which he claimed the Navy secretary was being insubordinate to the president, and decided that Spencer was done.

The Washington Post's David Ignatius correctly observed that "the Gallagher case illustrates how an irascible, vengeful commander in chief is ready to override traditional limits to aid political allies in foreign policy, law enforcement and now military matters."  It's hard to believe that any president in the middle of an impeachment investigation would do something this provocative but Trump may have decided that displaying his power over the military is just what the doctor ordered to prove his dominance and cow the opposition. Or maybe it's just the natural consequence of yet another institution trying to follow the rule of law and traditional norms of behavior, and butting up against a reckless president who has no respect or understanding of either.

Whatever the case, we've crossed another rubicon. Just as the Congress, the State Department and the Department of Justice have been polluted by Trumpism, so now has the U.S. military.