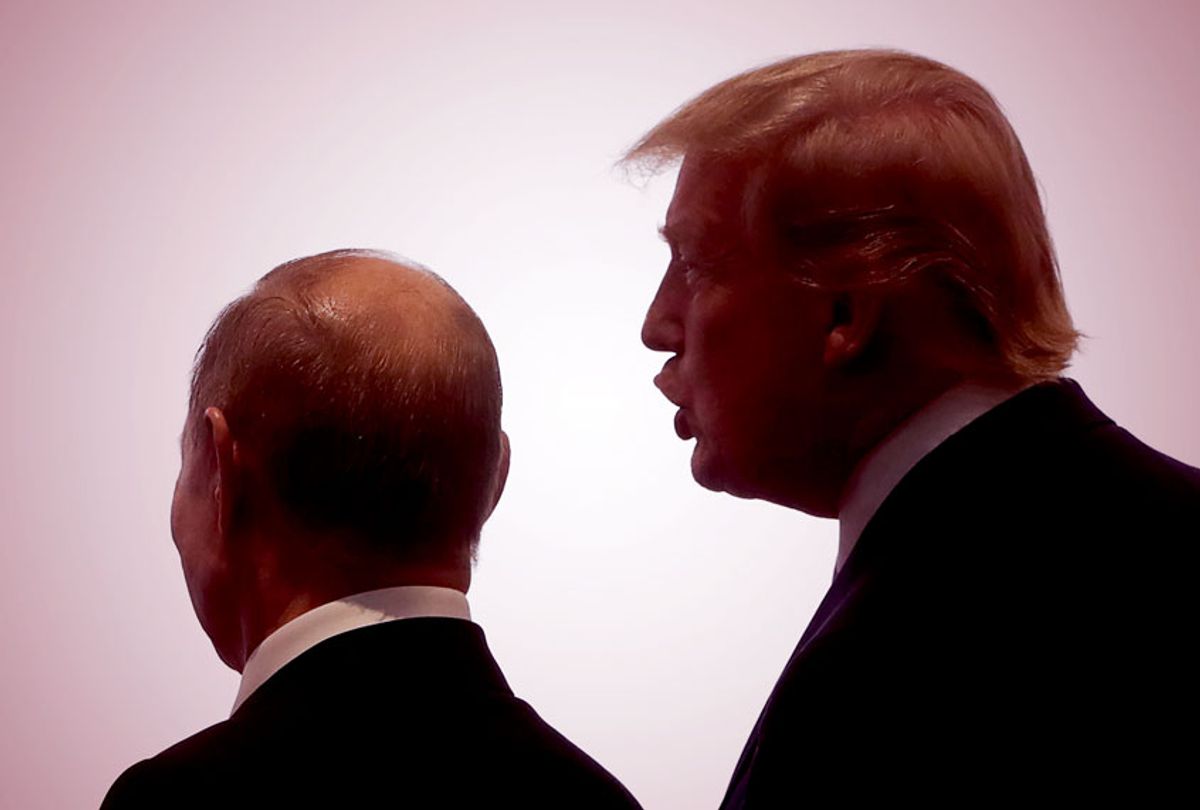 We don’t hear this too often so it bears repeating: The ongoing Russian attack against the United States would’ve ultimately failed were it not for millions of unwitting American foot soldiers who helped it succeed. As accomplices, way too many of us were easily — willingly, in many cases — hoodwinked into sharing and retweeting propaganda designed to elect Donald Trump and, amid the chaos, undermine Western democracy.

In that respect, Russia’s active measures carried Vladimir Putin’s mission up to our doorsteps, but we were the ones who opened our virtual doors, welcoming in all the riffraff, treating the enemy like house guests, while suggesting all of our friends do the same. Putin and his operatives recognized a significant weakness here — the semi-distracted, drive-by gullibility of American social media users. As much as it pains me to say it, Putin was right. We might even be more gullible than he forecasted.

We’re a nation of suckers. Not everyone, of course, but enough of us to matter. And by the way, it’s not just rank-and-file American voters occupying the sucker demographic. The president, half of Congress, and the Red Hat entertainment complex are either deliberately or unknowingly marketing Russian agitprop in the form of the bogus Russia-didn’t-do-it gambit, the Ukraine-is-the-real-attacker nonsense, which, according to testimony by Fiona Hill, absolutely originated with Putin, not to mention Paul Manafort’s “man in Kyiv,” GRU trainee Konstantin Kilimnik, way back in 2016.

The Kremlin has successfully tapped into the thinking of millions of Americans, and it’s already looking like the 2020 sequel will be even trickier to navigate.

Two professors at Clemson University, Darren Linvill and Patrick Warren, just published a mind-blowing article for Rolling Stone about the next generation of active measures emerging from the ashes of the Robert Mueller-indicted Internet Research Agency (IRA).

As soon as Mueller squished the previous iteration of the IRA, it sprang to life again, even before the Mueller Report hit bookshelves earlier this year. At some point following the 2016 election, the IRA was folded into the Federal News Agency in Russia, which, like the IRA, is reportedly financed by Yevgeny Prigozhin, nicknamed “Putin’s chef.” And, naturally, the Kremlin’s active measures continue today under that barely disguised shingle.

One of the IRA’s newer social media tactics uncovered during Linvill and Warren’s two year submersion in the underworld of professional Russian troll farms is a version of the classic bait-and-switch trick — simple enough if you know it’s coming, but just clever enough to outwit those of us who are most susceptible. For example, a Twitter account known as @IamTyraJackson posted a thing about NFL athlete Warrick Dunn’s charity work. The goal here was to build a massive audience for the account by tweeting something innocent yet irresistible. And irresistible it was, accumulating a colossal 290,000 likes.

The @IamTyraJackson account was gratefully suspended, but not before the IRA gained all kinds of new followers for the short lifespan of the account, subsequently hammering those followers with disinformation — again, baiting followers with something sweet and cuddly, then bludgeoning them with “messages promoting division, distrust, and doubt,” as Linvill and Warren write.

Another IRA front, known as @PoliteMelanie, was given a very specific yet nefarious mission. Unlike other accounts intended to directly promote Trump, or to stir up a furious debate among users, Melanie’s mission was literally to sell “disgust.” Linvill and Warren reported that Russia is well aware of the power of this particular emotion: “Anger drives people to the polls; disgust drives countries apart.”

Driving apart the United States is exactly the point.

In this case, the Melanie account tweeted the results of a fake poll aimed at “educated, urban, left-wing Americans.” In the end, the account managed to build a following of 20,000 people, aided by the poll and its 300,000 likes. The fake poll, by the way, suggested that 55 percent of conservatives believed “homo sapiens” (sic) should be disowned by their family. And yes, apparently well-educated liberals were duped.

On top of everything else, the tweets and statuses by trolls across social media include simple opinions meant to foment insufferably endless threads in which users scream past each other, while other posts weaponize real news and legitimate issues for a similar purpose. The active measures are working because the enemy kinda’ looks and tweets like us now. Guerrilla trolling. This upgraded line of attack has achieved a seamless integration of trolls into the mix of normal people, not unlike money laundering where illegally acquired cash is slowly dropped into a legal income stream so auditors can’t tell the difference between what’s real and what’s fake.

So how do we know?

The only way to outflank the attack is to stop doing what the IRA wants us to do. If you were a Twitter user reading tweets by either of the aforementioned Russian trolls, there was no real way of knowing they were Russians. No lengthy strings of numerals in the handles, no glaringly choppy English, none of the usual red flags to speak of — except one.

More than 90,000 people retweeted Melanie’s fake poll without having any idea who Melanie was or whether she was on the level. 90,000 people willingly and foolishly swapped virtual body fluids with a total stranger who happened to be a Russian operative. While the social media platforms themselves continue to devise new ways of weeding out the trolls, we all have to stop doing “stupid shit,” to borrow Barack Obama’s mantra about foreign entanglements. A little bit of thoughtfulness and self-control will go a long way toward repelling the attacks. Linvill and Warren suggest a little civility, too, which can’t hurt.

The problem, however, with becoming more educated and significantly more cautious about how we use social media is that a significant cross-section of us don’t even believe we’re being attacked through these platforms in the first place, so they’re unwilling to be more cautious, while others, namely American political operatives, aka “ratf**kers,” are happy to retweet Russian agitprop because it supports their chaotic agenda. Trump’s Red Hat army is entirely on board with Putin’s narrative about Ukraine as the real attackers, while many Americans on the far left who identify with journalists like Glenn Greenwald and Matt Taibbi are, at best, skeptical of the Russian attack. Ironically, skepticism and outright disbelief about the very existence of the attack is obviously a key component of the attack itself, and in many cases, the IRA didn’t necessarily have to lift a finger to manufacture that skepticism.

Again, the social media front of the Russian attack would have failed if we had just exercised better social media habits. But knowing the IRA’s @IamTyraJackson account was still active as recently as August 2019 suggests we still haven’t learned this awful lesson, even after years of pain and the slow disassembling of our republic under our noses, institution by institution. But there’s almost a year to go before Election Day 2020, and we still have enough altitude to pull up before the whole thing smashes into the ground. Let’s hope we wise up and grab the stick with both hands in time.