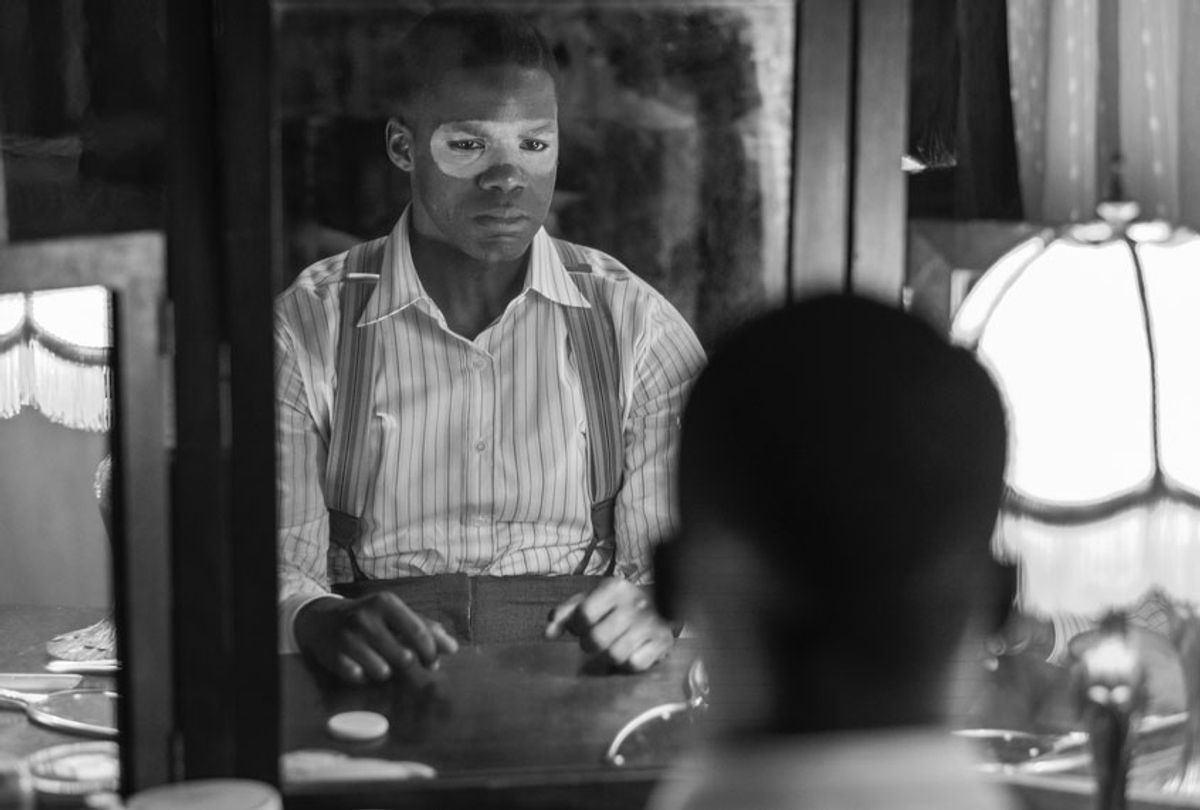 With three episodes left in “Watchmen” – HBO’s series about an alternate version of America where Robert Redford is president, the cops dress up as masked vigilantes and tiny squid rain down from the sky – series creator Damon Lindelof has viewers asking as many questions about what they know about our world, and our history, as he does about the tale itself.

Puzzling through mysteries and analyzing aspects in his shows’ narratives, even down to elements lurking in the periphery, is a signature of Lindelof’s. The reasons his admirers love his work also explain why others shy away from it — Lindelof is unapologetic about creating TV that invites the observer to ponder what they’re taking in, that spurs discussion and debate or leads to further research in books, scientific papers and here, the world of comic books.

A person doesn’t have to supplement the viewing of Lindelof's past series such as “Lost” or “The Leftovers” with independent study or group discussion if she doesn’t want to. But it does enrich the viewing experience, transforming what is more often than not a solitary experience (especially in the modern era) into a shared endeavor.

He’s also aware of the risk in that approach. “I remember when ‘Lost’ ended, the fact that some people didn't like the finale was certainly upsetting,” he told Salon in a recent phone interview. “But the thing that really destroyed me was that there were people who said, "These last six years weren't worth it. I wish that I had not invested that time in ‘Lost.’

“I accept the validity of that sentiment,” he continued. “But I feel like even horrible relationships that I had in my 20s, when they ended, I didn't think that wasn't worth my time. Because I came out of that relationship learning something about what I was going to do the next time around.”

Seeing “Watchmen” through that filter makes its risks and challenges to the viewer even more impressive, especially when one recalls the horrendous level of vitriol directed at Lindelof for a very long time after “Lost” ended. That reaction was based on a fan’s expectation of receiving all the answers to questions the series posed throughout its run.

“Watchmen,” on the other hand, provides an unsparing speculative look at a racism, a problem humankind has yet to solve. The HBO drama stars Regina King as Angela Abar, a detective who operates in a disguise, and goes by the moniker Sister Night , in an alternate timeline where law enforcement officials in Tulsa, Oklahoma, wear masks, and unsanctioned costumed vigilantism is outlawed.

Angela and her fellow cops careen into a reckless frenzy pitting them against the town's impoverished white population when their boss, Sheriff Judd Crawford (Don Johnson) is discovered hanging from a tree. The police presume Crawford's murder to be the work of the Seventh Kalvary, a white supremacist terrorist group responsible for committing numerous violent crimes against police over the years. They also wear masks, inspired by a famous anti-hero from the past known as Rorschach.

Within this framework, Lindelof and his writers hone the drama’s approach down to a single aspect of racial inequality that assists in its perpetuation: the reflexive common assumption that heroes are white. So in addition to asking the audience to compare notes on small visual and dialogue references, he’s also asking us to share some version of discomfort.

“I think that people who follow culture in general, particularly in terms of storytelling, but also just in terms of news reporting, attach a certain level of heroism to the idea of, ‘This is the person that's going to rescue us.’ That person is almost always male and almost always white, and that is what we're trolling the idea of.”

This message hits a visceral crescendo in the season’s sixth episode, “This Extraordinary Being,” which assigns an identity to Hooded Justice, a character whose name and face had until now been left a mystery in Alan Moore and Dave Gibbons’ comic books, upon which “Watchmen” is based.

Lindelof and the episode’s co-writer reveal that beneath the mask and cape of the hero that inspired other heroes is a black man, Will Reeves, who engages in off-the-books heroics as a means of violent physical catharsis and survival. In doing this, Lindelof and his writers present us with scenario that not only probes popular definitions of justice and history but our tacit acceptance of what types of people we picture as superheroes.

HBO and Lindelof were very upfront with the intended purpose of “Watchmen” as a critique of white supremacy.  “If you're not processing that aspect of the show, it's because it's so upsetting and you just don't want to be thinking about it,” he bluntly stated.

He then goes on to explain that the notion of the white savior has a separate connotation. “I do think that those are two entirely different ideas that are closely related to one another but not to be conflated with one another . . . it does require a certain degree of unpacking that white supremacy does not. White supremacy feels like it's very clear on the surface of it.”

“To me,” Lindelof continued, “particularly in the realm of storytelling and the realm of the superhero genre, when you take Superman and Batman, who are the titans of superheroes, their whiteness is not necessarily something that is one of the adjectives that we use to describe them. But at the same time, it's a big part of who they are.

“I think that we can all acknowledge that if Bruce Wayne were black, he would have had a much different journey through life than a white Bruce Wayne did. I think that the same could be said of what would happen if a black child crash-landed in Kansas in a spaceship in 1940 and was raised by the Kents. Their whiteness is not irrelevant.”

One sees this playing out throughout “This Extraordinary Being” as a young Will Reeves (played by Jovan Adepo) embarks upon his career as a policeman in 1938 and, while walking his beat, encounters a man at a newsstand reading an issue of a comic that, by the man's description, is understood to be Superman. They have a conversation about this seconds before Will witnesses a racist crime.

The parallels between Kal-El’s and Will’s origin stories are intentionally very similar. Like the Kryptonian, Will is jettisoned into the unknown by a terrible destructive violence that levels his home, kills his parents and leaves him alone in the world.

Like Clark Kent, he is an alien among people who should view him as one of their own. Clark Kent can hide his identity behind glasses, a suit and a submissive demeanor. But due to Will's skin color, he can put on a uniform that is supposed to afford him respect, and still be denigrated and sustain racist abuse.

Actually, Lindelof’s central thesis plays out from the opening episode of “Watchmen,” where we see Will as a child watching his favorite movie “Trust in the Law” and absorbing its deceptive fiction moments before the 1921 Tulsa massacre alters his destiny. This plot point is placed front and center so as to be unmissable. But there's another crucial meta-detail Lindelof hopes viewers will consider.

“The idea of casting Don Johnson was essential in terms of this idea,” Lindelof said, “because that's the role that Don has traditionally played – with the exception of ‘Django Unchained,’ of course.”

Other than this pop culture divergence, Lindelof  explains, “We completely, totally and fully accept [Johnson] as the white-hatted hero . . .  and the pilot tells you in the very opening of it when we watch the silent film that just because you wear a white hat and call yourself the sheriff, that doesn't mean that you're the good guy. Right out of the gate, the very first thing that the pilot is trying to do is, if not troll, litigate, question, demystify, challenge the idea of the white savior.”

The whole point of the original “Watchmen” comics, Lindelof said, is to provoke the reader to ask why certain people decide they have the right to function outside of our system of laws and administer justice based on their own moral philosophy and point of view.

Lindelof refers first to the action in “Trust in the Law" – a silent film about a righteous black marshal lawfully apprehending a corrupt white sheriff, and being embraced for doing so – and then to Will Reeves’ origin story and the confirmation that in 2019 (when he’s played by Lou Gossett Jr.) that he coerced Johnson’s sheriff into hanging himself, as necessary bookends.

“We feel it was essential to the storytelling and the theme, especially since the entire season is based on this premise of white people in the late 1930s and early 1940s who dressed up in costumes and decided that they were going to fight crime, and that they were literal white saviors,” Lindelof said.  “But why didn't they ever fight the Klan or the Nazis at the Bund rally? Because those were things that were happening in New York in the late 1930s as well. Those are questions worth asking.”