"University of Farmington" was marketed as offering graduate-level STEM courses. It was a scam set up by ICE 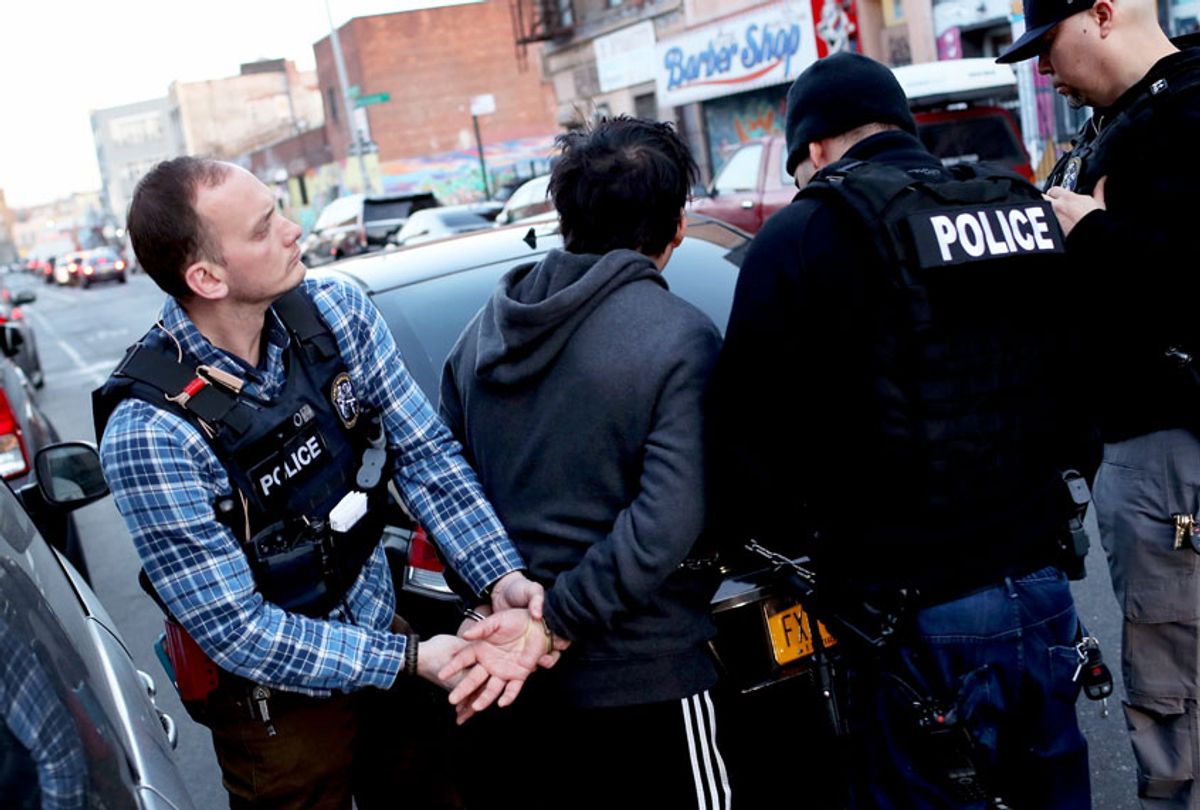 Immigration and Customs Enforcement (ICE) has arrested at least 90 students who enrolled in a fake university in Michigan that was set up by the Department of Homeland Security as part of a sting operation, the Detroit Free Press reported Wednesday.

Since January, roughly 250 students have been arrested on immigration violations by ICE as part of an immigration bust created by federal agents. Law enforcement officials reportedly lured foreign-born students, mostly from India, to attend the school, which it marketed as a nationally accredited institution offering graduate programs in STEM (science, technology, engineering and mathematics), the Free Press reported, citing ICE officials.

Many of those arrested have been deported to India while others are fighting to stay in the country.

Some students reportedly arrived in the U.S. on student visas and enrolled at other universities before enrolling at the so-called University of Farmington. After their degree programs ended, students who were ineligible to remain in the U.S. sought to get a second degree at the University of Farmington, which boasted its "innovative curriculum" and affordable programs, in order to remain in the country. In other cases, students had problems with accreditation at their previous universities and transferred to Farmington.

The school, which was shut down in January, was reportedly staffed with undercover agents posing as security officials.

Of the approximately 250 students arrested on administrative charges, "nearly 80% were granted voluntary departure and departed the United States," the Detroit office of ICE's Homeland Security Investigations told the Free Press.

About half of the remaining 20% of students have received a final order of removal, while some were deported by an immigration judge. Others "were given an expedited removal by U.S. Customs and Border Protection," HSI Detroit told the Free Press, adding that the remaining 10% "have either filed for some sort of relief or are contesting their removals with Executive Office for Immigration Review."

The newspaper reported that seven of the eight people identified by prosecutors as "recruiters" for the fake university have pleaded guilty to charges they facilitated a conspiracy to commit visa fraud. They helped nearly 600 students obtain falsified transcripts and records from the university to secure visas. The remaining recruiter is reportedly set to be sentenced in January.

The grand jury indictment filed against six of the recruiters alleged that "the University was being used by foreign citizens as a 'pay to stay' scheme which allowed these individuals to stay in the United States as a result of foreign citizens falsely asserting that they were enrolled as full-time students in an approved educational program and that they were making normal progress toward completion of the course of study."

"Each student knew that the University's program was not approved by the United States Department of Homeland Security, was illegal, and that discretion should be used when discussing the program with others," the indictment continued.

Federal authorities created the university in 2015 as part of a wider undercover operation known as "Paper Chase" that was designed to crack down on illegal immigration and visa fraud, according to the indictment.

Authorities used several tactics to make the University of Farmington appear to be legitimate. They created a website with a .edu address that was decorated with photos of students hard at work and the university's coat of arms. The school had a Latin slogan — "Scientia et Labor," meaning "Knowledge and Work" — and a physical location at a commercial building on the Northwestern Highway.

Emails obtained by the Free Press earlier this year revealed that students paid roughly $12,000 in tuition and other fees per year to the fake university, suggesting the government likely collected millions of dollars in the operation.

Some critics and immigration advocates have criticized the government's allegations and argued that the scheme unfairly entrapped foreign students desperate to find a way to work legally in the U.S. Authorities have alleged in response that nearly all the students arrested in the sting knew the university was fake.

"Their true intent could not be clearer," Assistant U.S. Attorney Brandon Helms wrote in a sentencing memo this month for one of the recruiters, according to the Free Press. "While 'enrolled' at the University, one hundred percent of the foreign citizen students never spent a single second in a classroom. If it were truly about obtaining an education, the University would not have been able to attract anyone, because it had no teachers, classes, or educational services."

Peter Henning, a law professor at Wayne State University, told The Detroit News in January, "It's creative, and it's not entrapment. The government can put out the bait, but it's up to defendants to fall for it."