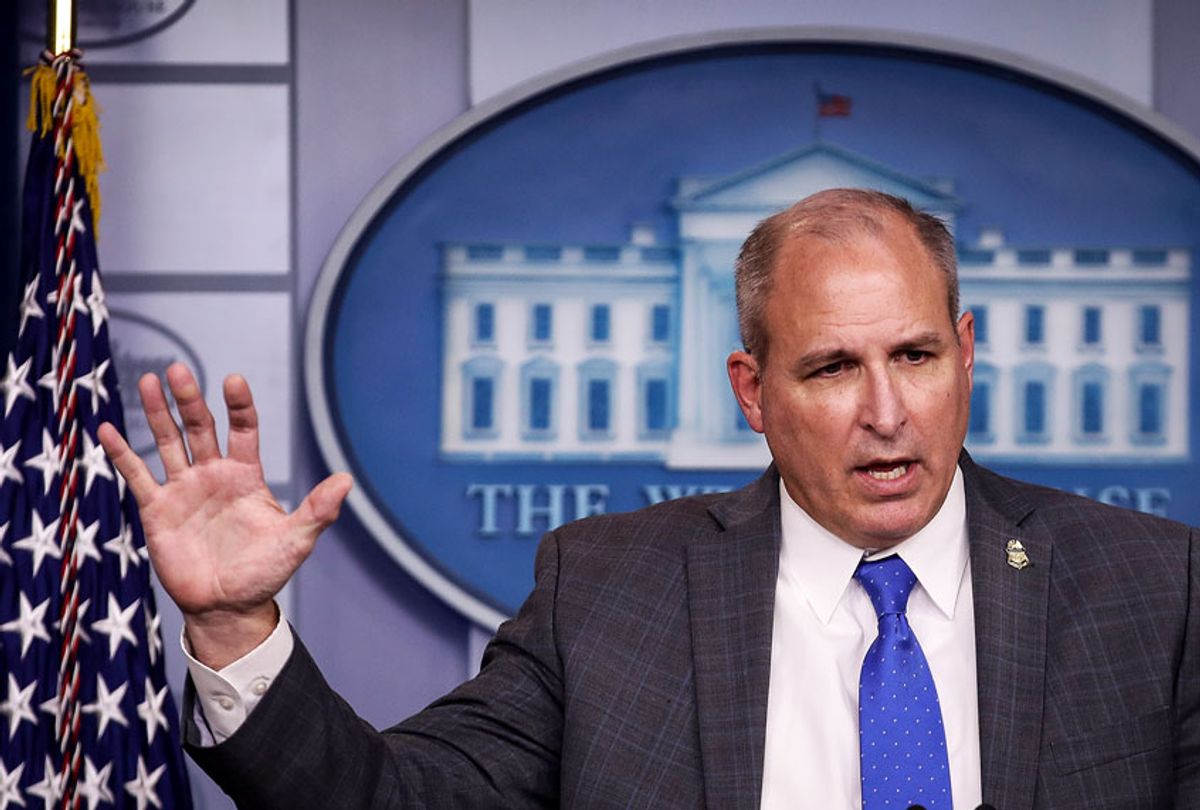 Mark Morgan, acting commissioner of the Customs and Border Protection agency, reportedly continued asking third-party entities to sponsor the social events even after being warned by government lawyers that it was against federal regulations, according to findings by the Justice Department's inspector general.

The violations reportedly occurred when Morgan was working with the FBI in 2015 as deputy assistant director of the training division. The DOJ IG opened an investigation into alleged misconduct committed by Morgan in April 2015 after an FBI employee reported concerns to the watchdog.

In 2015, Morgan was focused on improving the FBI's National Executive Institute course, a training program for leaders of large law enforcement agencies domestically and abroad. He reportedly believed that providing participants with alcohol and fancy food was key to the program's success. Three such happy hour events were held in June 2015.

Morgan, a graduate of the program, and his aides reportedly asked the National Executive Institute Associates, an affinity group for graduates of the program; the National Academy Associates, an organization for graduates of the FBI National Academy; and the International Association of Chiefs of Police, a group for leaders of police departments, to finance the happy hours. The first two groups reportedly agreed to do so, while the police chiefs group declined.

The National Executive Institute Associates group reportedly spent roughly $3,000 on two of happy hours. The cost of the third event was not specified.

Morgan retired from the FBI in the summer of 2016, while the inspector general's investigation was ongoing. He was then named by President Obama to head the Border Patrol. He reportedly declined to cooperate with the probe after that.

The Chronicle noted that it's unclear whether the Obama administration was aware of the investigation because "inspector general procedures vary among agencies, and it would have been up to the Justice Department's office to decide whether to tell the White House or Department of Homeland Security." (DHS oversees the CBP.)

The inspector general reportedly completed its report outlining Morgan's misconduct in the FBI in January 2018, but never publicly released its findings. The Chronicle noted it had obtained the report from congressional offices, which were recently given copies. The inspector general released a brief summary of the investigation's findings when it was concluded, but did not name the officials involved.

Though he was an Obama appointee, Morgan has emerged as an ardent Trump supporter and regularly defends the president in appearances on Fox News.

In May 2019, Trump tapped Morgan to lead Immigration and Customs Enforcement or ICE, the now-infamous agency that enforces immigration laws across the country. But in a shake-up in June, Trump named Morgan as acting commissioner of CBP, which patrols the nation's border and oversees the Border Patrol.