Nobel economist calls on humanity to end obsession with GDP 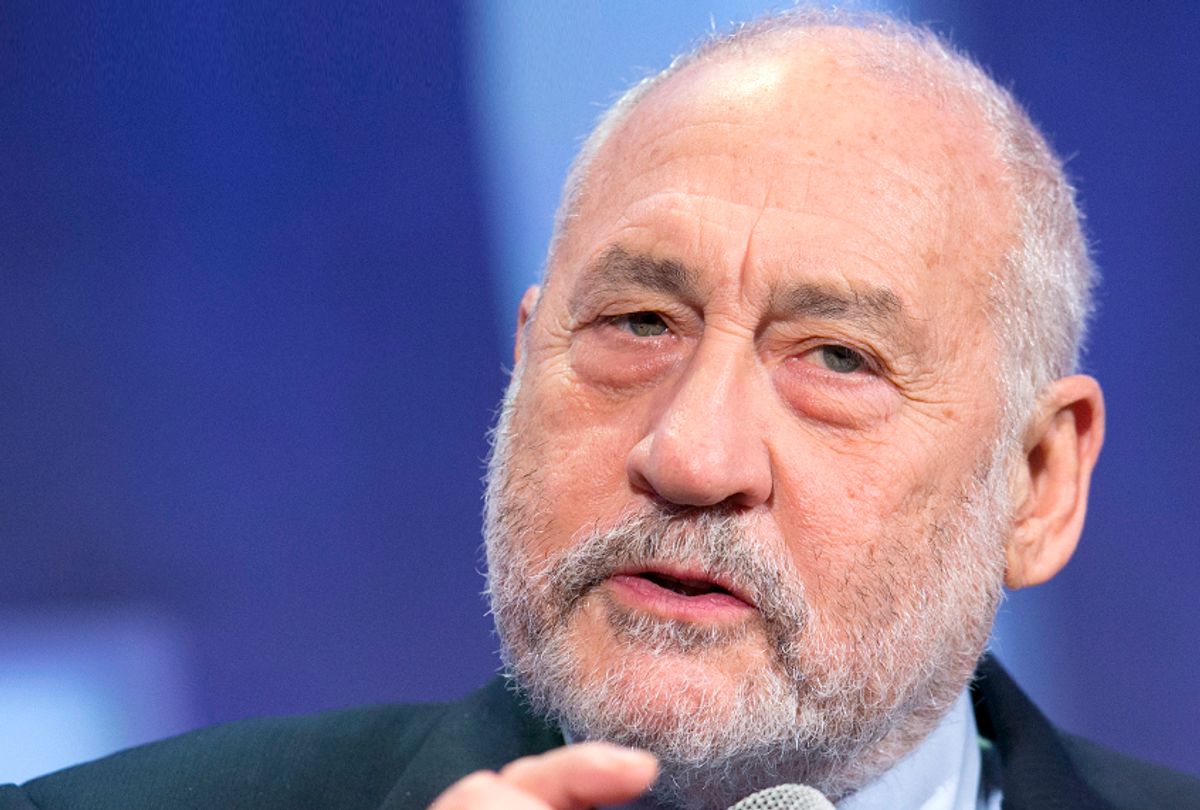 Nobel Prize winning economist Joseph Stiglitz is warning the world that unless the obsession many world leaders have with gross national product (GDP) comes to end, there will be little chance of adequately fighting back against the triple-threat of climate destruction, the scourge of financial inequality, and the crises of democracy now being felt around the globe.

In an op-ed published Sunday in the Guardian, Stiglitz says that these interrelated crises of environmental degradation and human suffering have solidified in his mind the idea that  "something is fundamentally wrong with the way we assess economic performance and social progress."

Defining GDP as "the sum of the value of goods and services produced within a country over a given period," Stiglitz points to the financial crash of 2008—and the so-called "recovery" which has taken place in the decade since—as evidence that the widely-used measurement is not up to the task of providing an accurate assessment of the economy, let alone the state of the world or the people living in it.

"It should be clear that, in spite of the increases in GDP, in spite of the 2008 crisis being well behind us, everything is not fine," writes Stiglitz. "We see this in the political discontent rippling through so many advanced countries; we see it in the widespread support of demagogues, whose successes depend on exploiting economic discontent; and we see it in the environment around us, where fires rage and floods and droughts occur at ever-increasing intervals."

A central argument of his new book — co-authored by fellow economists Jean-Paul Fitoussi and Martine Durand and titled "Measuring What Counts: The Global Movement for Well-Being" — Stiglitz says that studying the last ten years of the global economy has showed him with increasing clarity why governments "can and should go well beyond GDP," especially with the climate crisis knocking down the planet's door. He writes:

If our economy seems to be growing but that growth is not sustainable because we are destroying the environment and using up scarce natural resources, our statistics should warn us. But because GDP didn't include resource depletion and environmental degradation, we typically get an excessively rosy picture.

These concerns have now been brought to the fore with the climate crisis. It has been three decades since the threat of climate change was first widely recognized, and matters have grown worse faster than initially expected. There have been more extreme events, greater melting of glaciers and greater natural habitat destruction.

Everything is not fine, Stiglitz argues, but says economists have been working hard on providing new ways to measure economic health. Embraced more broadly, new economic measures that include accounting for human happiness and environmental well-being could help change the course of humanity.