What's new on Netflix in December, from "The Witcher" to "Marriage Story" 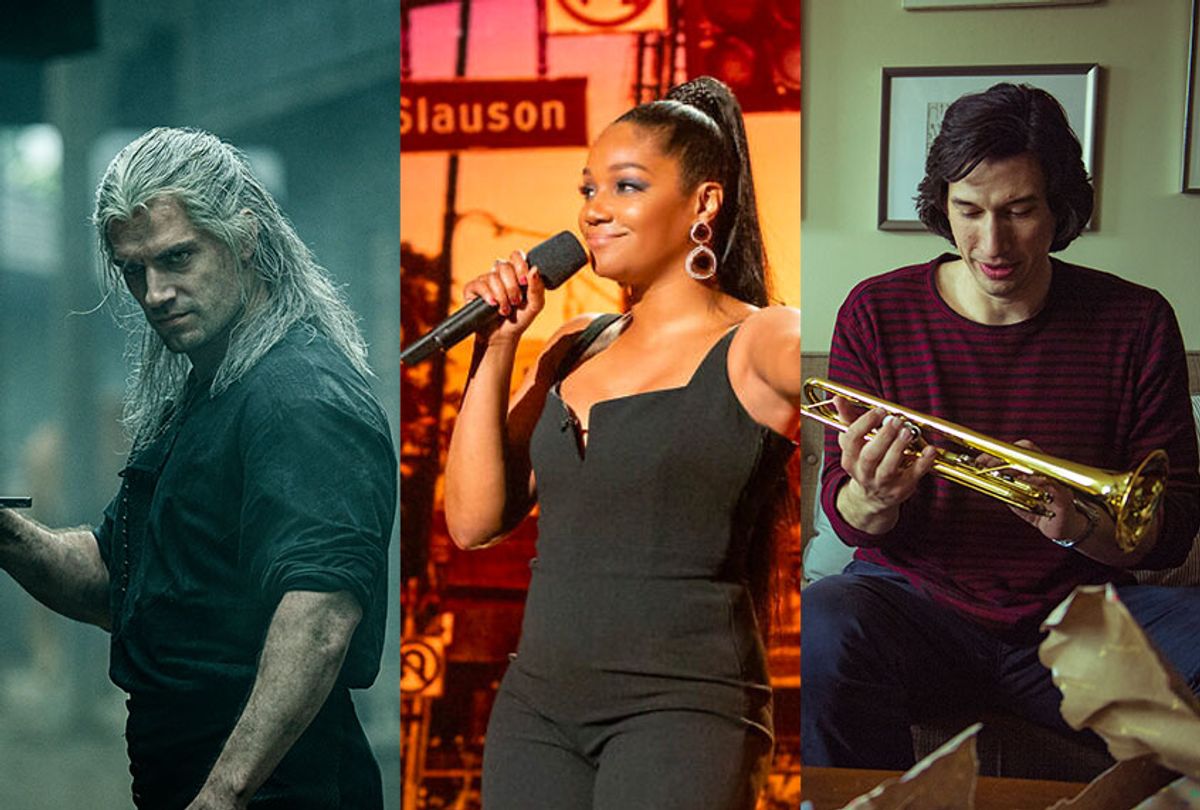 In a month saturated with delightfully cheesy holiday movies — Netflix has added a half dozen new ones to the mix — sometimes you just want to binge on something else as a way to decompress from this season of excess. The streaming platform has options for you, ranging from a new, moody movie from Noah Baumbach, to an Anthony Hopkins-led exploration of the Catholic Church, to a bizarre true crime drama that hinges on the death of two internet cats.

Below are highlights of what's coming, followed by a comprehensive of everything:

On the day this special releases, comedian Tiffany Haddish will turn 40 and, as she's publicized pretty heavily after finding out about herJewish heritage, she will hold herself a bat mitzvah. And a lot of the topics that traditionally go with that celebration — coming of age, adulthood, heritage and culture — will find their way into Haddish's first Netflix comedy special, "Black Mitzvah." She ready (even if it took her 28 years to get around to it).

Johanne is feeling the pressure this holiday season with everyone in her family with a paired up. So she manufactures a boyfriend and is forced to find the perfect date in time. Although this may sound like the typical Hallmark formula, it's not, and the first clue is that it's in Norwegian.

Did this man really kill over 360 people? This is the almost ridiculous question that guides the new Netflix true crime documentary "The Confession Killer," which delves into the life of Henry Lee Lucas, a man who confessed to nearly 400 murders in the 1980s. But, despite the fact that he turned himself in and was aware of deeply chilling details about the killings, there's a distinct possibility that he wasn't behind the crimes at all. This is a shocking story that deals in topics of guilt, closure, and the shortcomings of the American justice system.

Directed by Noah Baumbach, “Marriage Story” is a film about stories we — and the people around us — tell ourselves as a marriage dies. It follows theatre director Charlie Barber (Adam Driver) and former teen film actress Nicole Ryder Barber (Scarlett Johansson) as their relationship unfurls and frays. After the couple separates, it’s up to them to decide how they’ll manage to keep their family together. Previously released in theaters to qualify for Oscar consideration, this film has earned acclaim for its two leads.

Makeup and its appropriate applications still remain largely a mystery to me, but if you enjoy makeover content (who doesn’t?) and YouTube product tutorials, “Glow Up” is probably for you. In this competition series hosted by Stacey Dooley, 10 makeup artists apply themselves to a variety of challenges — from celebrity looks to movie prosthetics. It’s mindless holiday viewing (without any holiday themes . . .  yet) at its finest.

According to a release for this special, “Comedian Michelle Wolf, wants to fight for women's equality . . . but not in like that annoying way.” In “Joke Show” Wolf examines the differences between men and women, dives into the topic of gender equality and explains why society should be a little less “woke.”

This big-name action thriller from Michael Bay — which features   Ryan Reynolds, Mélanie Laurent, Manuel Garcia-Rulfo, Peyman Maadi, Adria Arjona, Corey Hawkins, Ben Hardy, and Dave Franco — follows a squad of skilled vigilantes, all of whom have faked their own deaths as a way to pursue notorious criminals. Expect a minimum of three explosions and two car chases . . . in the trailer alone.

In his Netflix debut, comedian Ronny Chieng  — known for his roles as a correspondent on "The Daily Show" and in the blockbuster hit "Crazy Rich Asians — brings his signature wit to the stage to discuss  his journey to America from his home country of Malaysia. He also spends some time evaluating the effects of consumerism and theorizes how efficient the U.S. would be with an Asian-American president.

In this limited series, Netflix gives the story of Luka Magnotta the true crime treatment. In 2010, Magnotta became something of an internet sensation after he posted a video online of him killing two kittens. Almost immediately, a group of amateur detectives from around the world set out to find him and bring him to justice — but then things take an even darker turn as Magnotta’s true identity and capacity for harm is revealed.

Henry Cavill of “Justice League” fame dons a platinum blond wig to play Gerald of Rivia, the solitary monster hunter in the series based on a the wildly popular Polish fantasy novels by Andrzej Sapkowski. And maybe, just maybe it’ll fill that high-fantasy void on TV that “Game of Thrones” left long before its final season. Don’t sleep on this one because Netflix has already ordered a second season before it’s even premiered.

In 2012, Cardinal Bergoglio (Jonathan Pryce) an Argentine priest — who, spoiler alert, later becomes Pope Francis — traveled to the Vatican to ask Pope Benedict XVI (Anthony Hopkins) for permission to retire. The two aren’t particularly friendly, and their views on faith and theology differ greatly. It’s a fight between tradition and cultural reform, one that slowly gives way to one of the most important transitions of power in the history of the Catholic Church.

As the comedian said in a statement, “I’m John Mulaney and I am a 37-year-old man. The Sack Lunch Bunch is a group of children ages 8 to 13 who are more talented than me.” Mulaney and the kids will also be joined by a series of special guests, including David Byrne, Jake Gyllenhaal, Natasha Lyonne, and Tony Award-winner Andre De Shields.

This survival horror film had already been released on various platforms, although no one really paid attention, which is a shame. Fortunately, Netflix knew what it had and is giving it prime Christmas placement, much like how "Bird Box" landed in front of eyeballs last winter. In the Blumhouse production, Jennifer (Kiersey Clemons) is stranded on an island with . . .  something malevolent. Is it a creature? A force? A ghost? Whatever it is, it's hungry.

And here is a full schedule of everything coming this month:

Dec. 9
“It Comes at Night”
“A Family Reunion Christmas”