The bill also creates a new criminal charge called "aggravated abortion murder," which would be punishable by death 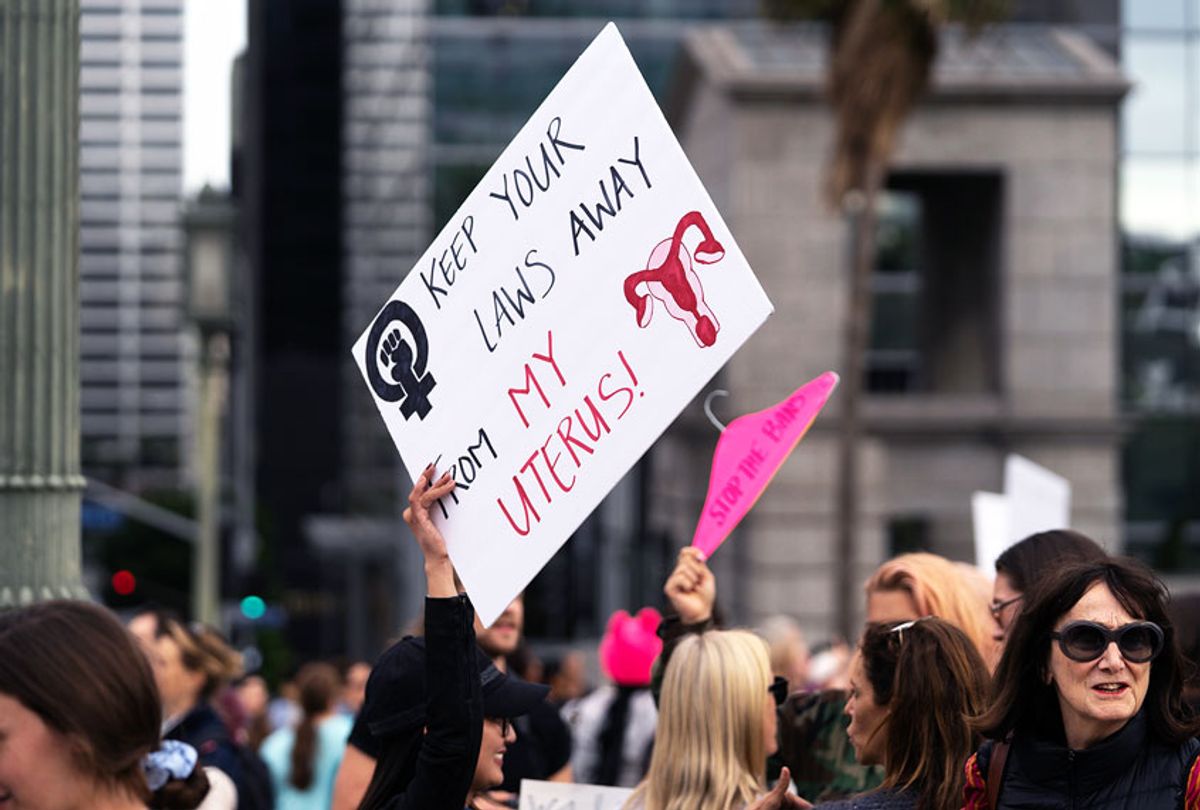 An activist seen holding a placard that says keep your laws away from my uterus during the protest. (Ronen Tivony/SOPA Images/LightRocket via Getty Images)
--

Doctors are warning that part of an anti-abortion bill introduced in the Ohio state legislature is medically impossible.

Ohio passed a six-week abortion ban last year, but the law was blocked by a federal judge. More than 20 state representatives have since introduced House Bill 413, which bans abortion outright and defines a fertilized egg as an “unborn child.”

The bill would require doctors to take “all possible steps to preserve the life” of an unborn child, including “attempting to reimplant an ectopic pregnancy into the woman’s uterus.” Doctors who do not perform the non-existent procedure would face charges of “abortion murder.”

“Ohio legislature wins the award for drafting perhaps the most Asinine piece of legislation EVER,” wrote Dr. Joseph Sakran, a trauma surgeon at John’s Hopkins Medical Center. “If your Goal was to write a bill that is NOT medically possible & puts women at risk for death....well done! This is why clinicians need to be at the table.”

Ohio legislators previously tried to add a provision to an April bill that would have required medical insurers to cover “a procedure for an ectopic pregnancy that is intended to reimplant the fertilized ovum into the pregnant woman’s uterus."

Dr. Daniel Grossman, an OB/GYN who heads the Advancing New Standards in Reproductive Health program at the University of California at San Francisco, called the provision “science fiction” at the time.

“We don’t have the technology to do that. Nothing can be done to continue that pregnancy,” he told The Washington Post. “This is one example of a much larger problem about how these abortion restrictions have nothing to do with the practice of medicine or science.”

The new bill, which is more than 700 pages long, also appears to impose “abortion murder” charges on doctors, women and children as young as 13 if they “perform or have an abortion,” The Guardian noted. The bill also creates a new “aggravated abortion murder” charge, which would be punishable by death.

The bill was condemned by Kellie Copeland, the executive director of NARAL Pro-Choice Ohio.

“They want to ban abortion; they want to classify it legally as murder; they want to impose criminal penalties against people who get abortions and people who provide them,” Copeland told The Post. “That’s been the goal of all of the abortion legislation we’ve seen in Ohio. This kind of legislation is revealing the ultimate agenda of our opponents.”

Ohio is one of many red states which have tried to pass laws banning abortion before most women even know they are pregnant. A federal judge blocked Ohio’s law this summer, calling the obstacles it created for women seeking abortions “not merely ‘substantial,’ but, rather, ‘insurmountable.’”

The crackdowns on abortion have come as President Donald Trump’s additions to the Supreme Court cemented a conservative majority on the bench for a generation.

“This is something that . . . we’ve been battling in Ohio legislature for over a decade,” Copeland told The Post. “The stakes are so much higher now, because the majority on the Supreme Court has changed with the Trump presidency and all the appointments on the federal courts.”

Along with Ohio, Alabama,Arkansas, Georgia, Kentucky, Louisiana, Mississippi, Missouri and Utah have all passed bills seeking to severely restrict abortion this year. Between 1973, when the Supreme Court ruled on Roe v. Wade, and 2010, states approved just nine laws restricting abortion, according to the Guttmacher Institute. Since 2011, states have passed more than three times as many bills restricting abortion.

The Center for Reproductive Rights predicted that 23 states “will likely try to prohibit abortion” should Roe be overturned by the Supreme Court.