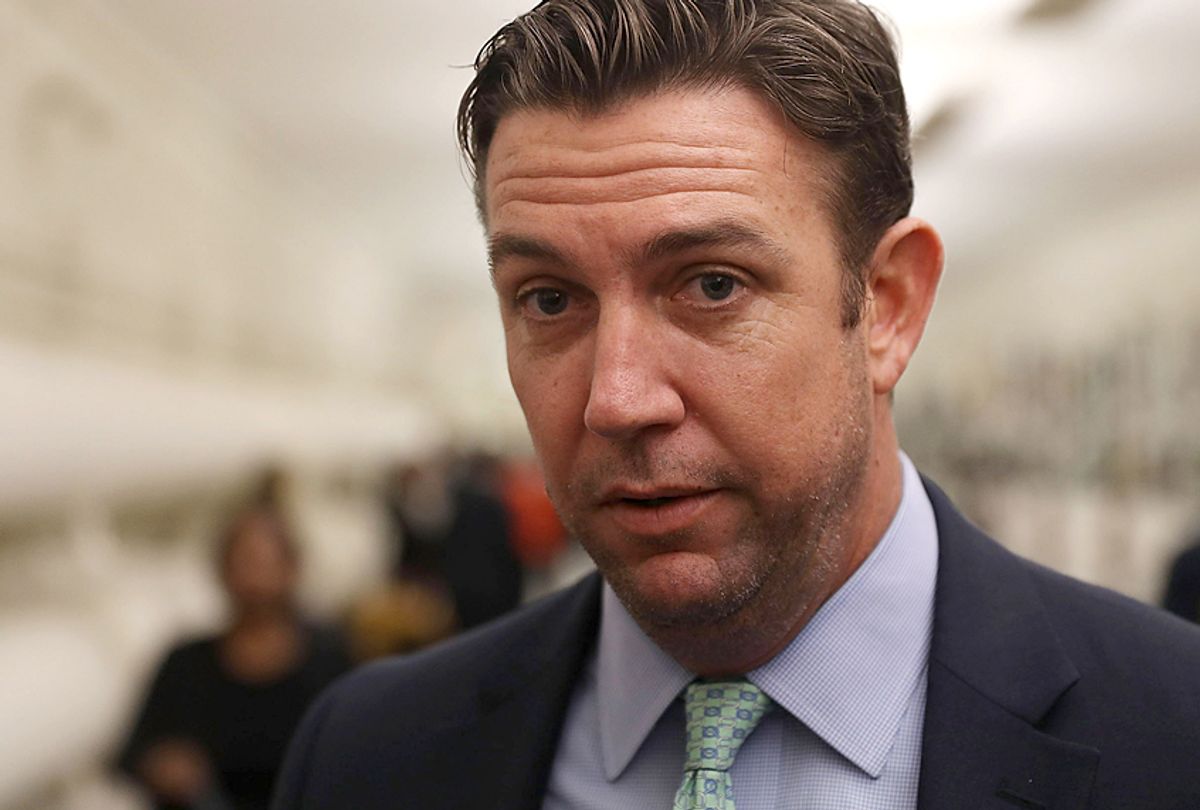 Government watchdogs on Monday called for Rep. Duncan Hunter's immediate resignation after it was reported that the California Republican would change his "not guilty" plea to "guilty" in the case of his alleged campaign finance violations.

Hunter told KUSI Newsin San Diego in an exclusive interview which aired Monday that he plans to plead guilty on Tuesday to using $250,000 in campaign funds for personal expenses and falsifying Federal Election Commission (FEC) records to conceal the purchases.

The six-term congressman said he planned to plead guilty to avoid a public trial.

The watchdog group Citizens for Responsibility and Ethics in Washington (CREW) said on social media, "We're glad he'll finally face consequences for his actions," and called on Hunter to resign.

Hunter was accused of misusing the funds over a year ago. Like President Donald Trump, who Hunter endorsed early in the 2016 presidential election, the congressman spent months deriding the charges against him as a "witch hunt." He won re-election three months after the allegations came to light.

Collins and Hunter were the first and second members of Congress to endorse Trump, and the president vehemently defended both against their charges.

Among Hunter's alleged misuses of his campaign funds were purchases made in connection with several affairs he had with lobbyists and congressional aides — violating the congressional code of conduct. His expected guilty plea comes weeks after the resignation of former Democratic Rep. Katie Hill, a fellow Californian who stepped down in October, days after admitting to a romantic relationship with a campaign aide. Misuse of campaign funds was not included in the accusations against Hill, who was also the victim of having sexually explicit images of her released without consent.

Several political observers pointed out the sharp contrast between Hunter's decision to continue serving in Congress and run for re-election with the full support of the president, and Hill's immediate resignation.

Hunter indicated Monday that he will leave Congress before the 2020 election, telling KUSI that he "wants his seat to remain in Republican hands and he will try to ensure a smooth transition."