Candidates are betting big on health. Is that what voters really want?

So far, not one of the presidential candidates has found that perfect spot 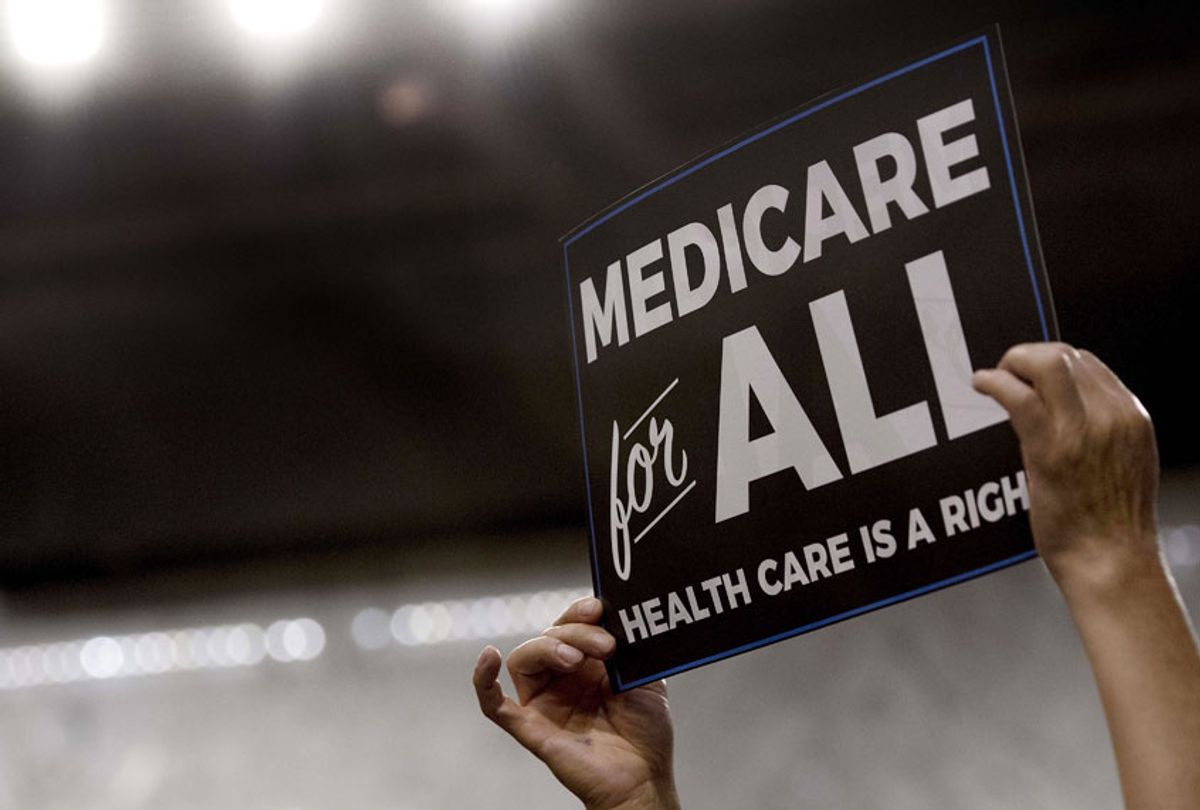 The one thing we know about health care in the 2020 Democratic presidential primary race is that it’s a top issue for voters.

The latest Tracking Poll from the Kaiser Family Foundation found 24% of Democrats and Democratic-leaning independents said they want to hear the candidates discuss health care. That’s twice the total for the next top issue, climate change; and four times the total for immigration, the No. 3 issue. (Kaiser Health News is an editorially independent program of the foundation.)

The big question, though, is whether that interest will reward a candidate who backs a sweeping, “Medicare for All”-type plan, or a more modest plan like a public option, in which a person can voluntarily join a government health insurance plan.

Polling doesn’t make that clear. On the one hand, Democrats and Democratic-leaning respondents in the KFF poll say when it comes to health care, the candidate they trust most is Sen. Bernie Sanders of Vermont (who initially pushed a Medicare for All plan).

Yet those same people say they prefer a public option (of the sort supported by former Vice President Joe Biden) to Sanders’ Medicare for All plan. That bears out in a separate Quinnipiac poll released last week, in which 36% of respondents say Medicare for All is a good idea while 52% say it is a bad idea. An NBC/Wall Street Journal poll from September found similar results: 67% of respondents said they would support allowing people under age 65 to “buy their health coverage through the Medicare program,” while only 41% favored “adopting Medicare for All, a single payer health care system in which private health insurance would be eliminated.”

So, what the candidates now face is a question of strategy and tactics. Sanders remains all-in on Medicare-for-All. “I wrote the damn bill,” he keeps reminding reporters. Biden and the rising-in-the-polls Pete Buttigieg, the mayor of South Bend, Ind., are firmly in favor of a more moderate approach. “We take a version of Medicare. We let you access it if you want to. And if you prefer to stay on your private plan, you can do that, too,” Buttigieg said at the Democrats’ October debate. “That is what most Americans want.”

Sen. Elizabeth Warren of Massachusetts looks like she is trying to have it both ways. She has unveiled a far more detailed version of Medicare for All than Sanders or other backers of the concept in Congress. And her campaign has unveiled a “first-term” health plan that could be implemented quickly, moving to a broader Medicare for All system later in her first term. (Even Warren’s transitional plan is more expansive than either Biden’s or Buttigieg’s plan.)

Who’s right? There’s no good way to tell until voters go to the polls. But it might surprise people that the last time a health overhaul was a major issue in the Democratic presidential primary race ― in 2008 ― it wasn’t the candidate with the most sweeping plan who emerged as the winner.

Then-Sen. Hillary Clinton had a more sweeping plan for health care than her Senate colleague Barack Obama did. Clinton called for a cap on out-of-pocket medical expenses, and an “individual mandate,” the requirement (repealed by Republicans in 2017) that people either prove they have coverage or pay a fine.

Obama resisted many of those specifics, particularly the mandate. “In order for you to force people to get health insurance, you’ve got to have a very harsh stiff penalty,” he said at a debate in February 2008. Eventually he called for a mandate that all children have coverage. Obama did not fully embrace the mandate that would become part of the Affordable Care Act until mid-2009, during the congressional debate.

But Democratic primary voters have moved significantly to the left since 2008, Medicare for All proponents say.

That is clearly the case. But if Democrats are to keep control of the House of Representatives, they will need to keep the loyalty of those independent voters in districts that are far more moderate than those represented by left-leaning lawmakers like Alexandria Ocasio-Cortez (D-N.Y.) and Ilhan Omar (D-Minn.), who are pressing for major changes including the passage of a Medicare for All plan.

The key to all this, of course, is threading the political needle in a way that keeps the enthusiasm of the Democrats’ Medicare for All base, while not scaring away voters in swing areas who fear such major changes. So far, not one of the presidential candidates has found that perfect spot. The one who does could well be the next president.

HealthBent, a regular feature of Kaiser Health News, offers insight and analysis of policies and politics from KHN’s chief Washington correspondent, Julie Rovner, who has covered health care for more than 30 years.