"My Name Is Prince": A graceful, powerful photographic tribute to the Purple One

Randee St. Nicholas' book of photographs taken over 25 years is a lavish look at an artful, inspired life 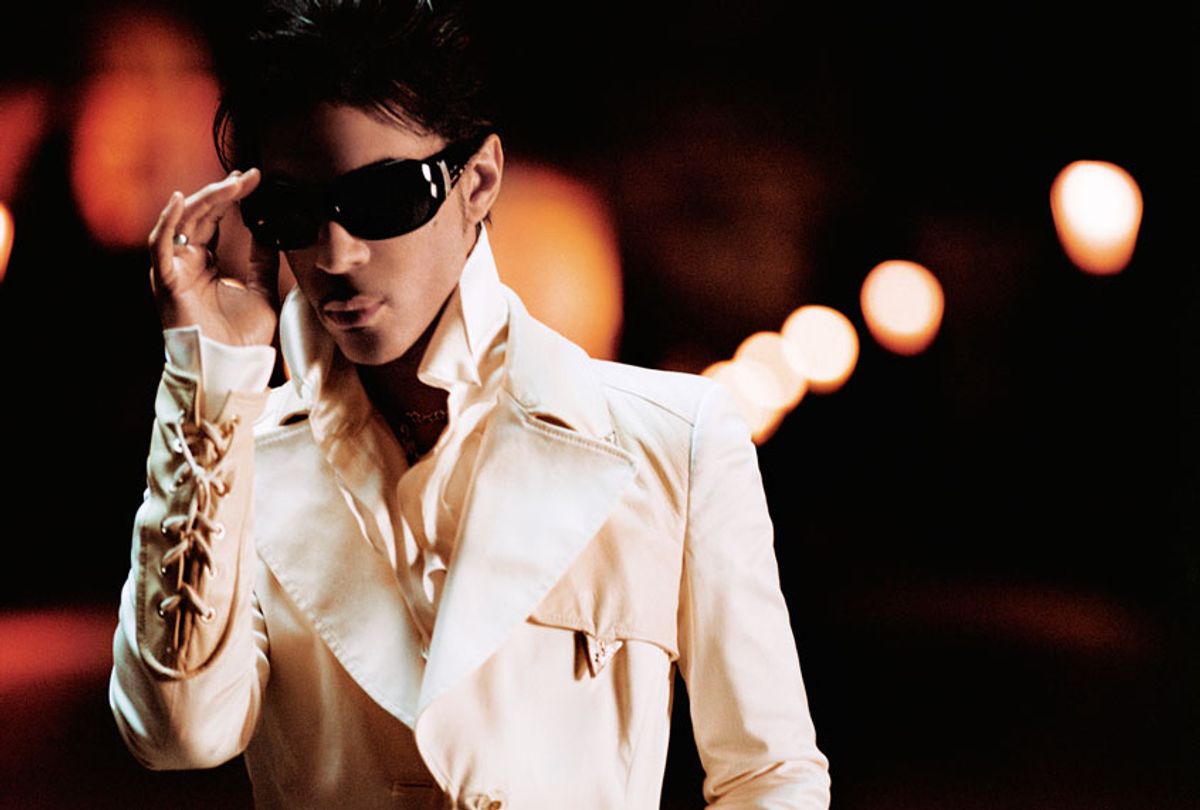 The twin losses of David Bowie and Prince in the early months of 2016 mark one of popular music’s lowest ebbs. It is difficult to imagine two more influential performers — both of whom lived their lives as veritable works of art — than the Thin White Duke and the Purple One.

When Bowie succumbed to cancer at age 69, his loss was understandably met with shock and despair. But Prince’s accidental death in April 2016 seemed somehow even more bewildering, more incomprehensible. At just 57 years old, his loss was difficult to fathom. Still creating music at his incomparable, otherworldly Princely rate of production, he was always on the verge of new musical frontiers. Just seven days before his death — seeming so very much alive and fresh in his resolve —Prince performed a rousing piano set at Atlanta’s Fox Theatre. And then, a week later, he was gone.

With Prince, St. Nicholas recalls, photographers and other creative personnel had to be ready for absolutely anything. “When he would call,” she writes, “you had to be ready for anything, to jump on a plane with an hour or two notice, to put together a crew in a city you had never worked in before without any preparation time, or to simply just go outside your house at four in the morning where he was parked in his car, waiting for you to get in and listen to new music he had just recorded.” As with the awesome versatility of his musical forays, “one never knew what to expect, but it was always an inspired adventure.”

But for St. Nicholas, Prince’s impromptu, boundless energy was his superpower. “He had incredible timing, not just musically but spiritually, emotionally, and creatively,” she writes. And it was infectious, she adds, writing that his unique “rhythm fueled a spontaneity that was contagious, enabling you to be more fearless and flexible than you thought you ever could be.”

With the lavishly produced "My Name Is Prince," St. Nicholas traces her professional association with Prince from his "Diamonds and Pearls" era through his final months. In so doing, she brings him exuberantly to life through the majesty of her photography. Not surprisingly, images abound of Prince in carefully designed repose: Prince wearing a bountiful array of costumery, Prince lost in the ecstasy of performance, Prince consumed by the sheer reverie of being Prince.

Yet for all of its pleasing glitz and glamour, "My Name Is Prince" hits its finest notes in the waning pages of St. Nicholas’s retrospective. Her photographs associated with a pair of shows at the Hollywood Palladium prove to be particularly affecting — less flash and considerably more substance than Prince in his Rockstar heyday. For the first time in "My Name Is Prince," the Purple One seems even more confident in himself and his art, just as happy to drift in and out of the shadows as he had been, in earlier days, to strut and peacock his hour upon the stage.

In such moments, St. Nicholas’s photography rises from the stuff of awe-inspiring spectacle into a kind of subtle grace and power all its own. Just like Prince.